Home|Finnish Education: A Pillar of the Nation Brand 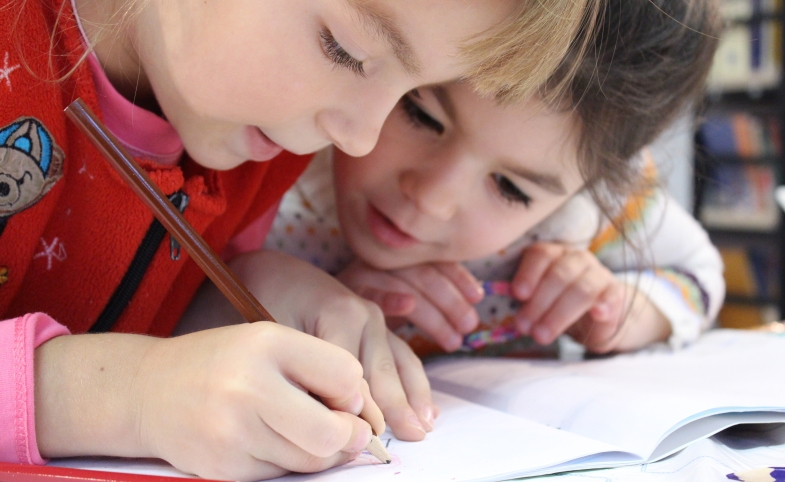 Finnish Education: A Pillar of the Nation Brand

If Finland is ”among the best in the world,” the numbers don’t lie.

Statistics Finland is an official government website that uses globally obtained data to prove it. It is hard to disagree with an opinion that Finland is like heaven on earth when you read that, for example, Finland is the most stable and freest country in the world (Fragile States Index 2017), the safest one (The Travel & Tourism Competitiveness Report 2017) and has the least organized crime in the world (The Global Competitiveness Report 2017-2018).

From public diplomacy and national branding perspectives, these data say a lot.

From the knowledge diplomacy angle I specialize in, two sub-sections of the Statistics Finland website prove even more important: one is devoted to children’s well-being and school attendance, the other to education and human capital.

Finland is globally known for providing parents with cardboard boxes their newborns can sleep in (and this idea is as safe as it is simple and environmentally friendly).

Finland is also second-lowest in terms of inequality among children worldwide (according to UNICEF) and is the second-best country in which to be a girl (according to global non-profit Save the Children). The non-profit notes that Finnish children have the third-most secure childhood in the world.

According to the World Economic Forum (WEF), Finland leads in global primary education. It occupies top places in human capital, literacy, lifelong learning and library users. The Global Talent Competitiveness Index 2015-2016 cites it as “a top country in developing and empowering talent.” On its own, capital Helsinki ranks third in the Global City Talent Competitiveness Index 2017.

Andrzej Szynka, Poland’s former ambassador to Finland, explains why Finns have placed a great emphasis on education: “On the one hand, it was driven by the willingness of the state to provide equal opportunities for all inhabitants, dispersed largely across the country [N.B.: Finland is the least densely populated country in the EU]. Schools became places where the whole of education was conducted, through the developmental, creative teacher-pupils relations. Transportation, textbooks, meals—everything was provided by the state.

“On the other hand, Finns were searching for comparative advantages in the times of global competition. The investment in human capital proved beneficial. Today, Finland ranks very high in terms of economic development and living conditions, especially where its population size and natural resources are concerned.”

Professor Mikołaj Herbst of the University of Warsaw tells me that the Finnish model of education (or a complex educational culture) is unique due to a mixture of several factors:

1. The system is characterized by deep inclusiveness and is aimed at equalizing pupils’ opportunities.

2. The whole education system is state-funded.

3. The teaching profession is of high prestige and trust.

4. Tests are used only for the evaluation of the system.

5. Schools have a wide autonomy that gives principals and teachers a lot of freedom.

6. Lessons of different subjects are integrated.

The latter largely contributes to the complex problem-solving capability of Finnish pupils and employees, the key competence for “future-proof” businesses that will thrive in the times of the “Revolution 4.0,” according to the WEF.

When Finnish children grow up, their lives will be no less secure and empowering than they are now. Magdalena Wojtowicz-Tokarz, VP Supply Chain Manager for Kalmar Global, stated in a personal interview that her Finnish employees are great at teamwork. The youngest of them are still in school, but the system enables and encourages them to work and study simultaneously.

According to European Commission data, Finland already has the strongest digital knowledge capital in all of Europe. It is, according to the IMD Business School study, the world's fourth-best worldwide in digital competitiveness. Furthermore, Finland ranks second-best in using information and communication technologies to boost competitiveness and well-being, i.e., through its “unicorn start-ups” acknowledged by the Global Talent Competitiveness Index 2017.

Well done, Finland. The country is ready for the uncertain future of digital, AI and robotics.

So what does this say about Finland’s brand?

The country is, unsurprisingly, the sixth-strongest nation brand in the world, according to Brand Finance’s Nation Brands 2017 report. It also occupies the 13th position in the Country Brand Index 2014-2015 and 17th place in the Nation Brands Index developed by Simon Anholt for GfK (Finland leads the governance category of the index). Neither report provides an extensive online description or explanation of Finland’s performance, and they do not focus on education. The latter, however, states that Finland “is perceived as a well-functioning and skillful country.”

Fortunately, the Ministry of Foreign Affairs of Finland has delivered its own report, Building the Image of Finland: Review of the Country Image Work in 2015-2016, based partly on a comprehensive study stemming from the Anholt-GfK index. The publication acknowledges that “education is the theme for which Finland is best known” and presents a schoolboy on its cover. Another section reads, “[e]ducation forms the foundation for Finland’s success. It builds the skills and expertise of people and makes Finnish products world-class.”

Education is not a topic that reaches headlines on a daily basis, and it does not bear fruit in a short- or medium-term perspective. The Finnish system has been in force for more than 40 years. And, frankly speaking, Finns did not realize how successful it was and that they could build their nation brand around it until 2000, when OECD’s Programme for International Student Assessment (PISA) revealed how successful young Finns were in reading, later in math (2003) and in science (2006). This is when the statistical avalanche began.

Today, education is one of three pillars of Finland’s Country Branding Strategy. This report states that “good education is the cornerstone of [Finnish] society […] Finland has one of the best education systems in the world. All Finns have equal opportunities to learn and study. Thanks to our world-class education system, we find joyful solutions to both local and global challenges.”

The example of Finland proves that countries can build their brands on unobvious things. They do not have to be champions at hard security, energy resources or capital flows. They do not even have to be prime tourist destinations (still, white nights in Finland are spectacular).

What they should do is base their branding and international image-building on genuine, credible elements that are closely interlinked with the practice of public policies and the true spirit of the country. Education is at the center of the Finnish government’s and society’s attention. It is conducted so well internally, that Finland can be presented as an educational champion externally. This is what makes the nation branding of the country authentic and sustainable.

I am currently reading Hit Refresh, a bestselling business book by Microsoft CEO Satya Nadella. Among many stories, the author reveals his and his wife’s experiences migrating from India to the U.S. in the late 1980s. Even...

Volume 12 of Place Branding and Public Diplomacy, a journal published by Palgrave-Macmillan, is now available online. The journal aims to bring together discussions from across a range of disciplines: “from political...