Home|NATO in an Era of Fake News and Disinformation 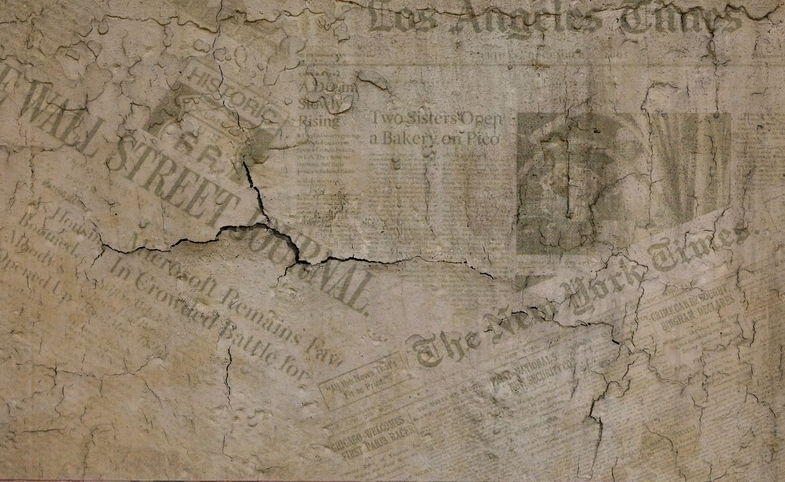 Back in November 2014, Michael Weiss and Peter Pomerantsev published an insightful report called “The Menace of Unreality: How the Kremlin Weaponizes Information, Culture and Money.”

The main argument was that ‘truth’ no longer matters and the key objective is to deliberately distort the truth and sow confusion.

The report earned immediate attention in Brussels—including in NATO circles. In fact, NATO invited one of its authors to its annual Public Diplomacy Forum in early 2015, dedicating a panel discussion to propaganda and disinformation.

Two years later, the propagation of ‘fake news’ and the deliberate manipulation of facts has become a sad, everyday reality—not just in Russia and Ukraine, but in Europe and the United States too.

Organizations like NATO increasingly find themselves the subject of disinformation campaigns by state and non-state actors alike; a real challenge for those whose job it is to communicate messages on the basis of fact.

NATO is a political-military organization and an alliance of 28 countries. Its chief spokesperson is NATO Secretary General Jens Stoltenberg. His message carries weight, partly because he is the voice of those 28 allies. Every communications professional knows that speaking on behalf of ‘the many’ makes a tough job even tougher. That challenge is complicated further when you’re having to shout over a cacophony of half-truths, myths and deliberate disinformation.

In its 67-year history, NATO has faced many attempts to distort the facts—be it by the Soviet Union during the Cold War, by President Milosevic and his regime in the 1990s during the Yugoslav wars, or, more recently, the Taliban in Afghanistan.

In a 21st century characterized by the internet and social media, propaganda and misinformation have become even more sophisticated. In a world where the news agenda is often defined by 140 characters, professional communicators can be left scrambling to keep up and ensure that what the public hears and sees is based on verified information and facts.

Perhaps the most worrying aspect of this new reality—which pundits are now routinely calling a ‘post-truth’ world—is the suggestion that people no longer even care about the truth.

NATO...needs to continue fight the good fight—insisting on truthful reporting, reaching out to media outlets for corrections, and being consistent and honest in everything it says.

NATO is a target of fake news and disinformation almost every day. Among the more recent and noteworthy examples of false report were stories about NATO jets flying dangerously and thousands of NATO tanks amassing on the alliance’s eastern borders—both of which were bogus.

In early January, Russian and UK media quoted a Russian source claiming that a NATO jet had flown dangerously close to a flight operated by Russian carrier Aurora off Russia’s Far East coast, a report the airline itself later dismissed as “complete nonsense.” NATO’s press office had to, nevertheless, engage with its Pacific Allies—the United States and Canada—and its Air Command Headquarters to check whether such a plane had indeed been in that airspace. Despite quickly establishing that the story was fiction, the press office then had to engage with several media outlets to correct their reporting.

Later the same month, a local media outlet in the separatist region of Donbas in Ukraine published a story about NATO amassing 3600 tanks on the Russian border as a precursor to war. The story was picked up by Russian and Western media outlets. The website EU vs. Disinformation, set up by the EU to challenge Russian misinformation and propaganda, worked with the Atlantic Council’s Digital Forensic Research Lab to discredit what was a patently false story. In reality, 87 tanks were deployed as a part of publicly-announced U.S. reinforcement of NATO’s eastern borders.

Thanks to NATO's many partners, such as the EU East StratCom cell and many independent organizations, myths like this are rebutted and spread over social media. 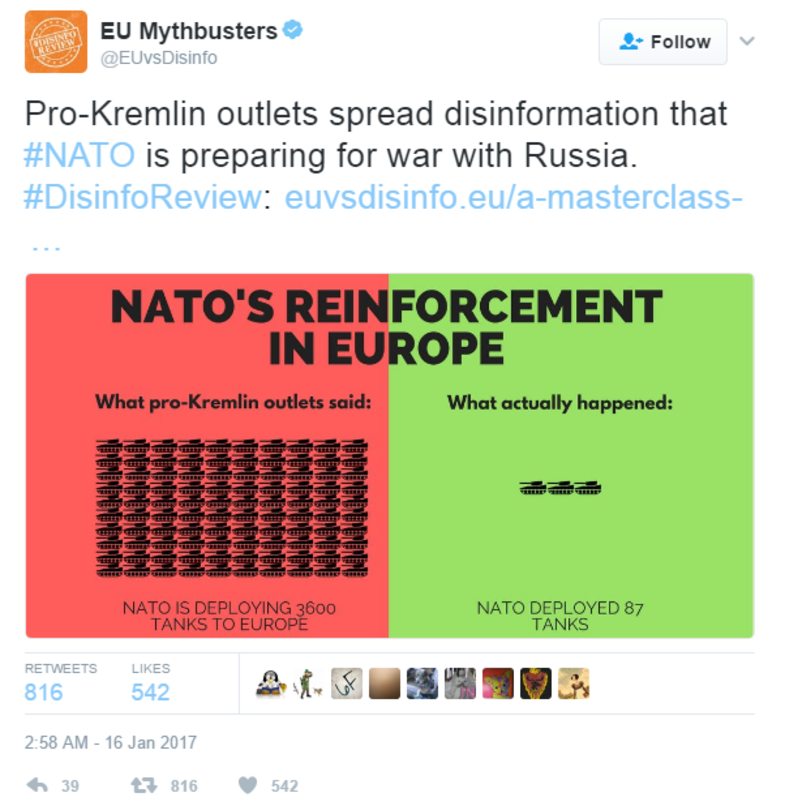 Fortunately for us all, there are still enough journalists, key opinion leaders, and experts who do care about the truth. NATO cannot let them down. It needs to continue fight the good fight—insisting on truthful reporting, reaching out to media outlets for corrections, and being consistent and honest in everything it says.

It needs to strike a balance between traditional communication tools, including press conferences and media interviews, and social media outreach using tweets and online posts.

Old-fashioned public diplomacy—reaching out and engaging with the public—remains important too.

If we want people to hear and believe what we say, we first need to earn their trust. Those who do trust us will be more wary of fake news and misleading tweets. In seeking the truth, they will reach out to us for the facts. And we need to be ready to provide them.

George Washington famously said that the truth will ultimately prevail where there are pains taken to bring it to light. And NATO Secretary General Jens Stoltenberg agrees: “I believe in the free press. NATO can provide facts and defend the value of free, open societies. In the long run, I really believe democracy and freedom will win over autocracy and oppression. A free, open society will prevail.”

Russia has increased its public diplomacy efforts in recent years. As Martin Krag and Sebastian Åsberg argue in a recent article for the Journal of Strategic Studies, not all of those efforts are benign. The piece...