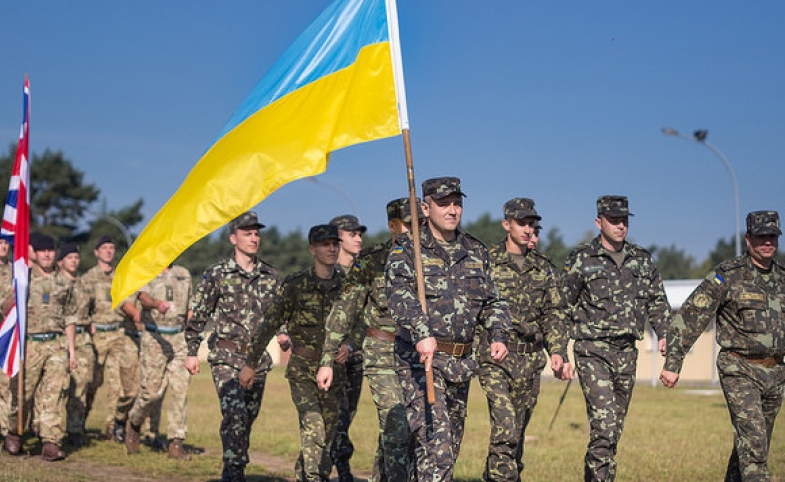 Public diplomacy has always been an essential part of NATO’s mission.  NATO (the North Atlantic Treaty Organization) understands that in order to keep our people safe and to protect the values we hold dear – democracy, individual liberty, human rights and the rule of law – we must have the support of the public. Public diplomacy is about making sure that the public understands what NATO is, what it wants to achieve, and how it tries to achieve it.

Traditionally, the focus of our public diplomacy has been within the countries of the Alliance.  However, in today’s more interconnected world, where threats are increasingly global, it is important to spread understanding of our mission and policies beyond our borders too.

For some people, this focus on public diplomacy – so-called ‘soft power’ – may come as a surprise from what they see as a primarily military alliance.  But NATO is, in many ways, a primarily political alliance, focused on finding political solutions to difficult problems through diplomacy and dialogue.  It is this combination of ‘soft’ and ‘hard' power – diplomacy backed up by military strength – that has made the NATO Alliance so enduringly successful.

When the Iron Curtain fell and a new geopolitical reality emerged in Central and Eastern Europe, NATO had to transform and adapt. Some countries, like the Czech Republic, Poland and the Baltic states decided to join NATO, while Ukraine opted for a close partnership.

In 1997, NATO and Ukraine signed the Distinctive Partnership Charter to forge a special relationship. Ukraine was already a member of NATO’s Partnership for Peace programme, but the charter made it a distinct consultation body with NATO: the NATO –Ukraine Commission.  This arrangement has allowed Ukraine to pursue its own independent policy, while at the same time developing strong links with NATO.

And so, while Javier Solana, then NATO Secretary General, and Ukrainian President Leonid Kuchma, were finalizing the Charter, NATO deployed a very important tool – public diplomacy.

On 12 May 1997, both leaders inaugurated NATO’s first ever information office beyond the borders of the Alliance, in Kyiv.  The Distinctive Partnership Charter was signed two months later.

For twenty years, the NATO Information and Documentation Centre, hosted by the Institute of International Relations, has worked to increase understanding and awareness of NATO among Ukrainian citizens.

During this time, the Centre has organized more than two hundred study trips and visits for students, journalists, academics, and parliamentarians to the NATO Headquarters in Brussels. Last month, we organized a trip of a group of winners of the Games of Heroes competition in Ukraine to Brussels. This visit was particularly symbolic as some of the participants will compete as part of Team Ukraine at the Invictus Games in Toronto later this year. One of NATO’s Trust Funds is helping to cover the travel of the team to Toronto. This is a concrete example of NATO’s support of Ukraine and of its public diplomacy.

The NATO Information and Documentation Centre (NIDC) has supported Ukraine’s civil society and contributed to open dialogue about NATO, even during the more difficult moments of the relationship.

We actively supported many non-governmental actors during the Revolution of Dignity, such as the Ukrainian Crisis Media Centre, to provide the world with factual information and news about the events on the ground. We provided financial assistance to grassroots activists who fought Russian propaganda and we assisted in the formation of new independent Ukrainian media.  The Centre is also actively supporting the Ukrainian government to establish effective strategic and crisis communication.

In its twenty years of active engagement in Ukraine, the NATO Information and Documentation Centre has made an important contribution to Ukraine. The topic of NATO is no longer taboo and many of the myths and stereotypes about NATO have been dispelled through active dialogue.

On 9 July, we will celebrate the 20th anniversary of the NIDC in Kyiv and the signing of the NATO-Ukraine Distinctive Partnership.  NATO remains committed to supporting to Ukraine with its comprehensive reform in the security and defence sector.  This is vital for Ukraine’s democratic development and for strengthening its ability to defend itself.

Photo by US European Command Public Affairs | CC by 2.0

Note from the CPD Blog Manager: This piece originally appeared in Ukrainian on The Day