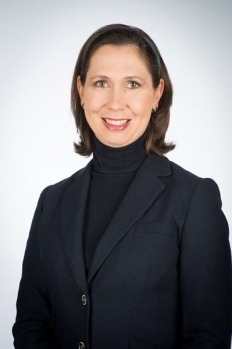 Ms. Maronkova joined the North Atlantic Treaty Organization (NATO), Public Diplomacy Division in Brussels, Belgium in 2006 as program coordinator to oversee projects that aim to raise awareness and promote NATO in a number of NATO member states. As of September 2010, she worked as programme manager for the Western Balkans where she designed, planned and implemented public diplomacy campaigns. In this capacity, she advised several candidate countries on their national public awareness campaigns on NATO membership.

From January to December 2016, she worked for NATO’s Press and Media office. In March 2017, she became Director of NATO Information and Documentation Centre in Kyiv, Ukraine.

In 2003, she established and headed the Slovak-based NGO Centre for European and North Atlantic Affairs to contribute to public and academic debate on Slovakia’s membership to the EU and NATO. Her work included public relations and media appearances, public speaking, donor and stakeholder relations, and management of the NGO.

A graduate of the University of Economics of Bratislava, Slovak Republic, Barbora is also holds a Public Affairs diploma from the Chartered Institute for Public Relations in the UK. She currently serves as a non-resident Research Fellow with the USC Center on Public Diplomacy and is a frequent contributor to the CPD Blog.