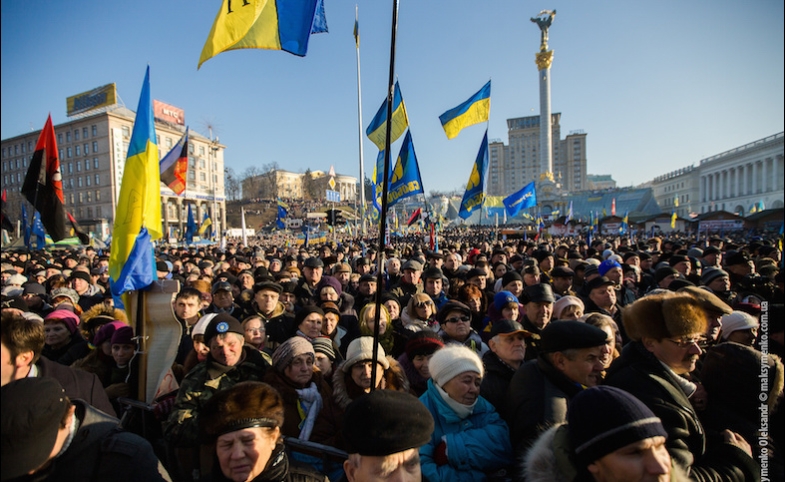 In the winter of 2013-2014, the world learned about the desire of the Ukrainian people to choose a European path for their country. The events of the Revolution of Dignity - also known as the Euro Maidan (a central square in Kyiv) - brought new hope for Ukraine, at the cost of 130 lost lives and many wounded. It also unleashed aggressive behavior by Russia towards its neighbor: first through a massive information war, and then by the illegal annexation of Crimea in March, 2014 and continuing support for separatists in the Ukrainian region of Donbas. To this day, the territories of Luhansk and Donetsk remain outside the control of the Ukrainian government.

Many Europeans and North Americans have only recently understood what the Ukrainians (and Georgians, Balts and others in the region) knew already: that the old tool of information warfare is back. Today it is more sophisticated than ever before, enabled by online tools available to everybody, everywhere.

Stopfake.org, a group of researchers from the Mohyla School of Journalism in Kyiv, have identified two strong narratives in their study of Russian propaganda about the Euro Maidan: first, that it was a coup d’état directed by the U.S.; and second, that power was seized in Kyiv by a fascist regime.

According to a study done by Stopfake.org and further investigated by CEPA in their report "Winning the Information War," the sole objective of these narratives was to advance the conviction that Ukraine was a failed state. In this way, the propagandists sought to stall the reforms of the Ukrainian government and undermine the West’s trust in Kyiv.

With a lack of clear narratives and facts from the Ukrainian government, the Western media fell for the Kremlin’s skillful falsehoods.

Fake stories and fake photos supported these narratives: blood-thirsty Ukrainian Banderas (a reference to a historical figure from Western Ukraine who fought with Nazi Germany during WWII) crucifying Russian-speakers; the alleged demolition of war memorials and lists of alleged slights and injustices experienced by war veterans. The narrative of U.S. orchestration was reinforced with headlines like “Kyiv Residents Kneel Before Biden” and “Ukrainian Soldier Kisses American Flag.”

For the first couple of weeks in early 2014, the Russian disinformation campaign worked.

Former BBC journalist Natalia Antelava writes that the international media did not seem ready for the disinformation assault. With a lack of clear narratives and facts from the Ukrainian government, the Western media fell for the Kremlin’s skillful falsehoods.

According to Antelava, local media often reacted to the Kremlin’s information war with their own - much less sophisticated - propaganda.

The Ukrainian government failed to deliver clear and concise messages in English to international media because it was busy managing the crisis, and because it lacked proper crisis communication capabilities.

Those who fought back against this ludicrous propaganda and filled the vacuum belonged to Ukraine’s vibrant civil society. These were often grassroots initiatives by groups (activists, think-tankers, NGOs, local journalists, and PR professionals) who took matters into their own hands.

A vacuum in the information space for Western media was filled by the Ukrainian Crisis Media Centre in Kyiv, and later through its sister organization in Odessa. The Centre organized press briefings for international journalists, published press releases in English, and offered press center services. It also launched press tours for foreign journalists to the occupied territories and promoted embedded journalism.

Local English language media outlets, such as the Kyiv Post, have contributed to the coverage of events both in Kyiv and in Eastern Ukraine. Their advantages were a knowledge of local customs, language and contacts, as well as local staff with English-speaking editors. Their factual reporting from the ground assisted many international media in framing their stories.

Three years after the Euro Maidan, the information war is far from over. But the Ukrainian information space is in much better shape today than it was in the winter of 2014. Many non-governmental actors, activists and local media have continued their hard work. And, importantly, the new Ukrainian government has realized that it needs to invest in strategic communications, create a functioning crisis communications system and modernize its own information toolbox.

But none of these achievements would have been possible without a courageous and active civil society in Ukraine and the help of many international donors.

Photo by Sasha Maksymenko | CC BY 2.0