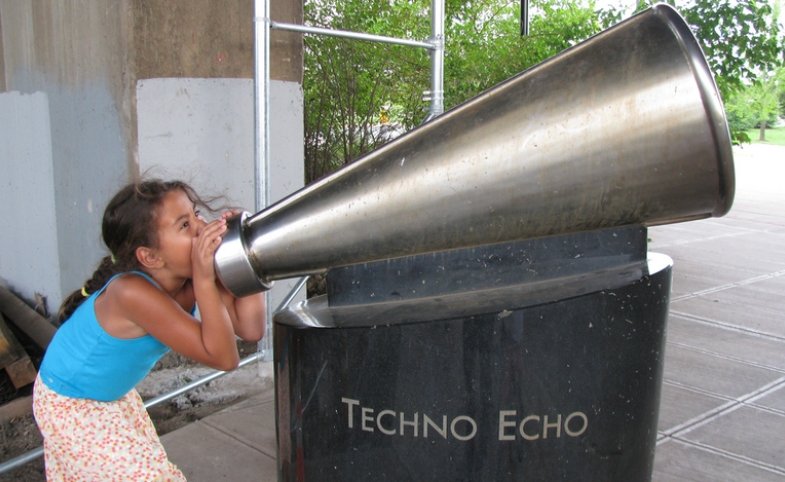 Who You Going To Call? Echo Busters!

A previous blog described how the algorithms that drive social media and search engines facilitate information warfare and frustrate public diplomacy. They also reinforce the echo chambers which are fragmenting political and social debate and destabilizing political systems in western societies. This raises the question of what diplomats (and others) can do to break out of these echo chambers and escape the tyranny of the algorithms. In doing so they would hope to frustrate or counter hostile information-warfare campaigns.

As a first stage, diplomats can get cleverer about how social media functions. They can make more effective use of hashtags and other tagging techniques on social media. Their governments can give them more autonomy to respond to social media rapidly and effectively in real time (at the risk of sometimes getting it wrong). They can learn search engine optimization (SEO) techniques to ensure their webpages and other favorable materials get priority in online searches. But there is only so far this will take them against the inexorable logic of the algorithms: to ensure (for marketing purposes) that the users of social media platforms and search engines get materials and data that reinforce their existing prejudices.

One option is to recognize that the West is already engaged in an information war with Russia (and possibly China and N. Korea) and to respond with a counter information-war campaign. This would mean replicating their tactics, taking advantage of the social media algorithms to promote the fragmentation of rival societies. This is a dangerous tactic. Provoking the fragmentation and destabilization of other countries does not increase the coherence and stability of our own. At worst it leads to a general destabilization and loss of confidence in all narratives, which is hardly in our interest. At best it might lead to the collapse of rival societies, but that too could be dangerous for us. Is Russia in a state of collapse better for the West than Putin? Counter information warfare risks reducing social media platforms to wastelands in information warfare. The one merit of this approach could be to use the threat of such an outcome to convince internet companies to be more cooperative about revealing how their algorithms work.

Prior to the availability of digital tools, public diplomacy was more modest in its aspirations. Its aim was to identify the key public opinion formers.

Digital tools such as social media claim to allow such outreach to foreign publics as a whole. But as we have seen, this is a lie. But why try to reach out to foreign publics as a whole? Prior to the availability of digital tools, public diplomacy was more modest in its aspirations. Its aim was to identify the key public opinion formers, whether they be journalists, politicians, academics or whoever, and then engage with them. Diplomats sought to debate and discuss with the key opinion formers in the hope that they would serve as friendly surrogates with the public as a whole.

Greater modesty and precision in public diplomacy may offer a solution, at least partial, to the echo chamber problem. If diplomats abandon the ambition of reaching out to entire publics, they can also abandon social media and the limitations imposed by the algorithms that drive them. The key task of a public diplomat now becomes to identify the key opinion formers in a foreign society and devise means of engaging with them. In doing so, diplomats should look to identify influential figures in the key echo chambers that might be susceptible to engagement (there is no point in wasting resources on the outlier nutters—leave them to the local government).

Diplomats should be imaginative in devising means of engaging with the opinion formers: sponsoring conferences, workshops, artistic events, whatever is needed to engage with the key opinion formers. Digital tools can still be useful. Online platforms can be used for scenario building, town halls or simulation exercises, bringing together online people who might otherwise be difficult to bring together in physical space (because of personal dislike, or security and geographical problems). Not perfect, but better than relying on Twitter and Facebook.

Part of the problem public diplomacy has encountered has resulted from an excess of ambition, seeking to reach out directly to entire publics, combined with a certain laziness (and non-understanding of how social media and search engines operate) which leads to over-dependence on social media. The two go together. The former is not possible without the illusion of the latter. But if we want to escape the tyranny of the algorithm and avoid counter information warfare, it will not do. Nor will the various strategic communication strategies touted by the EU and NATO.

Social media algorithms ensure that fake news is received always by those who want to believe it. Simple restating that it is fake news will not convince them, and will be regarded only as propaganda. We can counter information warfare with our own information warfare, hybrid warfare with our own hybrid warfare (which curiously is what the Russians think they are doing). But this will lead to an information-sphere version of MAD in which no one believes anything, and all social and political discourse fragments. Or we can develop more targeted approaches to public diplomacy which combine older public diplomacy techniques with more imaginative use of digital platforms.