Home|Russian Diplomatic Culture and the Image of Diplomats 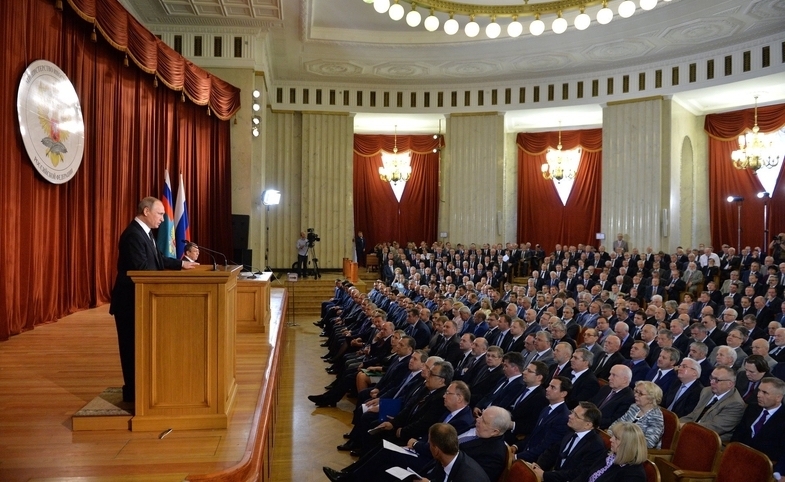 In his recent blog post, Ilan Manor discusses the differences between national brands and leaders’ brands, raising the question of how leaders’ brands impact national brands. That reminds me of an incident that happened in the UN Security council on April 13, 2017. Vladimir Safronkov, Russia's Deputy Ambassador, who vetoed a UN Security Council vote to condemn the suspected chemical attack in Syria, got angry at UK envoy Matthew Mycroft saying, "Look at me! Don't turn your eyes away. Why are you looking away? Don't you dare insult Russia ever again!” The translated version from the Russian language does not fully represent how rude and inappropriate the ambassador actually was.

So, I would paraphrase the initial question to include the diplomatic corps: how do high-ranked diplomats affect the image of their country?

Back to Safronkov. On the Russian Internet, his talk became viral. Users displayed shame and disappointment with such behavior. Dozens of Internet memes and images of Safronkov showed disapproval and marginalization of Russian diplomatic culture. Safronkov’s tone and emotional outrage resemble the “gopnik style,” a particular subculture of lower-class suburban areas of Russia.

A couple more examples: Maria Zakharova, the spokesperson of the MFA of Russia, is well-known for deliberately avoiding tactful, impersonal, and moderate diplomatic language. Her way of talking to the audience is provocative. Furthermore, exploiting Zakharova’s image is a strategic maneuver on the diplomatic level. Finally, Sergey Lavrov, the minister of foreign affairs, has a reputation as the fearsome face of Russia's aggressive foreign policy. Lavrov has also been condemned for using tabooed words in public. The high-ranking diplomats Zakharova, Safronkov, and Lavrov are caricatured below under the caption the “brigade,” here meaning the “gang.”

The image of the Russian diplomats and its reflection on social media allows us to see the wide critique towards the diplomats from the general public. It is an interesting issue to discuss: why do the Russians actually care about the image of their diplomats? The perceptions about diplomatic culture and stereotypes about diplomacy in general have deep roots.

The relatively recent rooting of those stereotypes in the culture comes from the Soviet times. In a situation of the existence of the dense and immovable Iron Curtain, when visiting any foreign country was an almost unattainable wish for most Soviet people, Soviet diplomats were always portrayed as gods from Olympus due to their extreme privilege of not only visiting foreign countries but also living abroad. Everything related to the diplomats was covered by a mysterious aura. The privilege started from their graduating from one of the top Moscow universities, MGIMO (Moscow State Institute of International Relations). “Ordinary” people had almost no chance to attend such an institution, while belonging to the “nomenklatura” opened many doors and opportunities.

To make the image of diplomats more grandiose and solid, classical literature and history contributed a lot, emphasizing the consistency of Soviet diplomatic traditions inherited from the Russian Empire’s diplomatic practices of the 19th century. For instance, born in princely or noble families, such diplomats as Alexander Griboyedov, an ambassador to Iran; Fyodor Tyutchev, a trainee diplomat and a statesman at the Russian legation to Munich; and Alexander Gorchakov, the minister of foreign affairs, to name a few, became the stuff of legend. They were ideal representatives of the diplomatic profession: diplomats who acquired almost sacral knowledge of managing interstate relations. Distinctive personal qualities and attributes, appropriate manners, proficiency in one or more foreign languages, and a number of written works in literature, history, geography, economics, theology, foreign affairs, international law, and travel portrayed those diplomats as the best career diplomats. A feature of the diplomatic corps of the 19th century was its selection of refined and well-educated individuals who usually graduated from the Imperial Lyceum in Tsarskoye Selo, Saint Petersburg, and who were sincerely engaged to act accordingly in order to benefit their country. Diplomatic culture of imperial Russia of the 19th century was a reflection of the Russian culture as a whole.

The Soviet diplomats, in general, continued the traditions of their historical predecessors, working in the challenging conditions of establishing a new Soviet State and connecting it with other states and nations internationally. WWII and the Cold War demanded exceptional negotiations with allies that became enemies and vice versa, as well as strengthening the Soviet Union influence globally. The fall of the Soviet Union, losing its prestige as a major power, plus the openness of borders unveiled the mysterious halo around diplomats.

Furthermore, the emergence of public diplomacy with the tools of digital diplomacy made Russian diplomats visible and more accessible. The unvarnished reality of diplomatic practices and behavior of some diplomats turned out to be quite disturbing to the public eye. While the Russian Federation diplomatic corps still remains a relatively closed establishment, the interest in diplomats and in their behavior will be strong. If the image of diplomats is not considered appropriate, harsh critique is unavoidable.

Of course, many Russian diplomats represent their country accordingly, following the best diplomatic traditions and practices, and the diplomats’ service and postings contribute to forming the positive brand of the country. However, some exceptional examples of high-ranking diplomats might serve a negative role for national branding. Maybe it is good sign that following certain standards in diplomatic culture and concern about the image of the country is demanded by the Russian public. In this case we might be optimistic that public diplomacy fixes, if not corrects, the flaws in diplomatic practice and can potentially improve the image of diplomats on the international scene.

Photo via the President of Russia I CC BY 4.0 (Image was cropped)