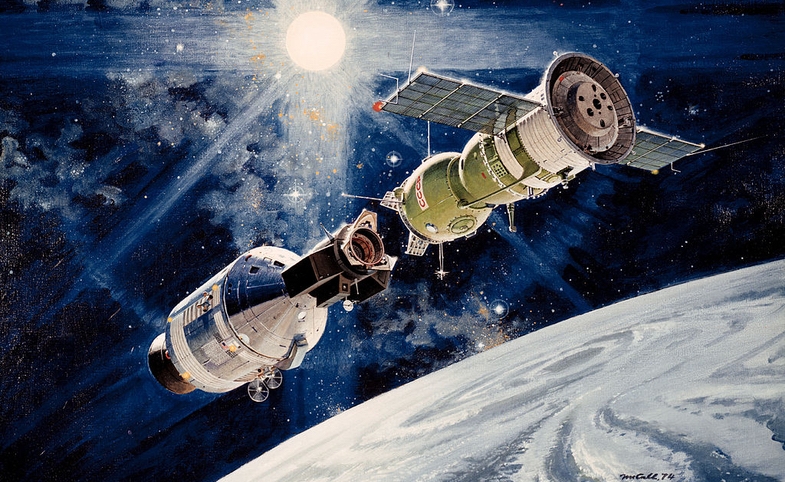 Thirty-three years ago on August 9, 1974, President Richard Nixon resigned the presidency. His name is mostly associated with Watergate scandal. Putting aside all details and controversy regarding Nixon’s politics — all that is well known and highly debated in mainstream media and politics — we look instead at one episode which took place during the Nixon presidency, the episode that can be considered as having great historical influence and that may be looked at through the lens of science diplomacy. This is the Apollo-Soyuz Test Project (ASTP) of 1975, the first joint U.S.-USSR space flight.

Because of ASTP, not the Watergate scandal, Nixon’s name is well remembered in Russia where everything related to space technology and reaching space is a matter of national pride. During the Cold War, the mutual demonization of both major powers towards one another was transformed into friendship and partnership, even for a short time. The U.S. image - its nation brand - was significantly improved in the Soviet Union and vice versa. Maybe this type of recognition and, to some extent, admiration by an ideological enemy was not desired by the American or Soviet people, but if we try to objectively examine the historical narrative, we may say that ASTP was crucial for both countries in reducing tensions and developing partnership on the international scene.

Historical framework of the late 1960s was challenging for both countries, with the unpopular Vietnam War where the U.S. got stuck on one side as well as increased confrontation with China, together with the Soviets losing influence over Arab states after their defeat in the Six Days War as well as the invasion of Czechoslovakia. A deadlock was reached, and calming the situation was in need. The countries were ready to establish closer ties. It was the time for détente. Importantly, détente was also possible because of the willingness and personal contacts of the leaders Nixon and Brezhnev. The following chain of negotiations and work between a number of state and non-state actors did the rest and brought positive results. 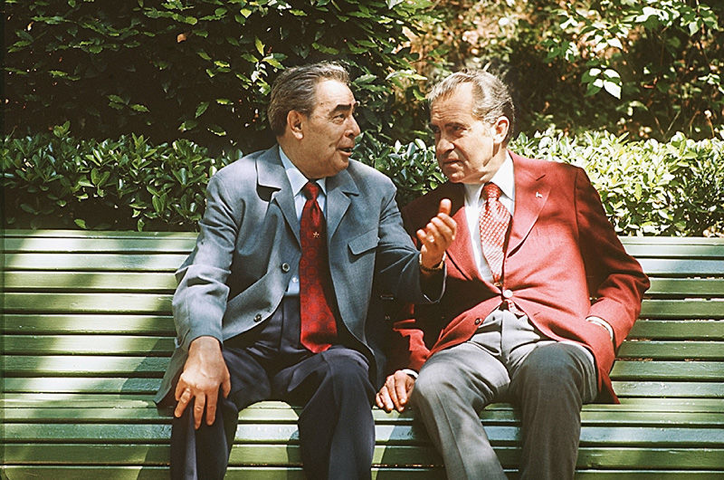 The Apollo-Soyuz Test Project may be taken as a classical example of science diplomacy. One of the purposes of science diplomacy is to provide the mechanisms and networks between countries and nations for building bridges when political relationships are strained or limited. The U.S.-USSR relationship maintained international order through science and technology-related joint projects with the involvement of non-state actors — scientists, engineers, astronauts, etc.

Beyond official information about ASTP, there are great sources — memoirs — that provide insight into international affairs during détente. Memoirs of Vladimir Syromyatnikov, a Russian space scientist and engineer, best-known for designing docking mechanisms for manned spacecraft, and Deke Slayton, a famous American astronaut, are worth reading for everybody in order to understand the essentials of science diplomacy in people-to-people interactions.

Different languages and different cultural codes, the atmosphere of the total secrecy and attempts at mutual spying - all were obstacles to efficient cooperation in the beginning. Nonetheless, during five years of working closely together and learning from each other, the bulk of mistrust disappeared whilst professional and personal qualities, together with dedication to the project and a sincere love of astronautics and space exploration, were the sole method of grandiosely accomplishing this ambitious mission. Not only hard work and training, but also humor and jokes were a progressive repository of the experience, knowledge, and wisdom of living and working together. A few examples taken from the memoirs illustrate how engineers and crews found solutions in regards to a variety of facets of cooperation:

During the fourth year of ASTP, the Watergate scandal was at its high. Nixon’s following resignation affected the project a lot: it was the end for détente. Nonetheless, on July 15, 1975, spacecraft were launched, docked in-orbit, and returned to Earth.

The Apollo-Soyuz Test Project has proven this tacit fact: for better cooperation and communication, maintaining commonalities and mutual understanding is a priori a winning strategy, while focusing on differences and alienating each other is the way to increased confrontation.

Maybe making historical parallels is never a good option, but I can’t help myself from mentioning again the Russia obsession in American politics. Whether distancing itself from Russia or alienating North Korea, this is not an effective way for a major power like the U.S. to attempt to improve “misbehaving” countries. In the long run, sanctions only worsen the socio-economic situation for ordinary people, estranging them from the global community. Broad usage and implementation of all available tools of contemporary diplomacy would be a winning strategy for everybody. In this regard, the example of the Apollo-Soyuz Test Project might be reviewed again.

Photo by NASA I Public Domain