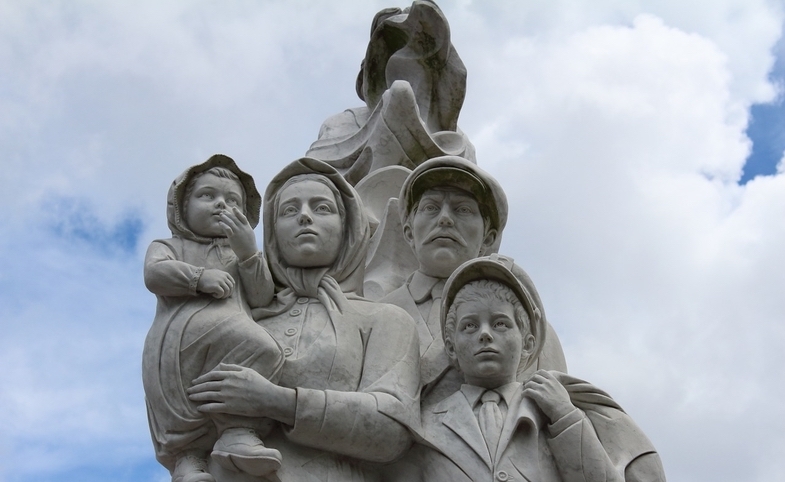 According to the International Organization for Migration (IOM), the number of international migrants worldwide surpassed 244 million people in 2015. At the same time, migration has become more dangerous. According to the IOM, more than 2,200 migrants died while trying to cross the Mediterranean during the first seven months of 2017. In the United States, more people are dying while trying to cross the U.S.-Mexico border, even though fewer people are making the attempt. Migrants are also vulnerable to human rights abuses. Both children and adults attempting to migrate can be captured by criminal groups or held indefinitely in overcrowded, unsanitary detention centers. Human Rights Watch has documented how migrant workers in factories and on farms can endure terrible working conditions, while migrant domestic workers face abuse inside employers’ homes. Human trafficking and forced labor remain serious threats to human rights all over the world.

Led by Pope Francis, Caritas International, has responded to this situation by launching a two-year public diplomacy campaign called "Share the Journey" on September 27, 2017. This campaign aims to strengthen the relationships between migrants and host communities. "Share the Journey" encourages migrants to share their experiences and help inform host communities about the dangers they face in their country of origin, in transit and in their destination country. The campaign uses social media and its website to address some of the most pervasive "Migration Myths" by providing facts. Readers are then asked to share the truth on Facebook or Twitter. Some of the myths highlighted here include:

Myth: "There have never been so many migrants."

Myth: "Migrants and refugees live off of welfare benefits and steal."

Fact: Research has found that migrants pay more tax than the benefits they receive and contribute economically to host communities.

Fact: Migrants help societies become more diverse and vibrant. Europe has benefitted from centuries of migration, and the United States was built on immigration.

To show their support and understanding of migration’s challenges, participants in the campaign are taking "Reach Out" photos. Standing with their arms outstretched, people are taking these photos at ports, airports or national landmarks to remind their governments of the responsibility to protect migrants and refugees.

The campaign also provides information on how to help migrants living in host communities by organizing language classes, initiating community arts projects and creating "human libraries." The latter involves asking migrants to tell their stories, which Caritas believes will benefit host communities and migrants alike by bringing people together. Through the campaign website, Caritas also accepts stories from migrants who would like to share their experience.