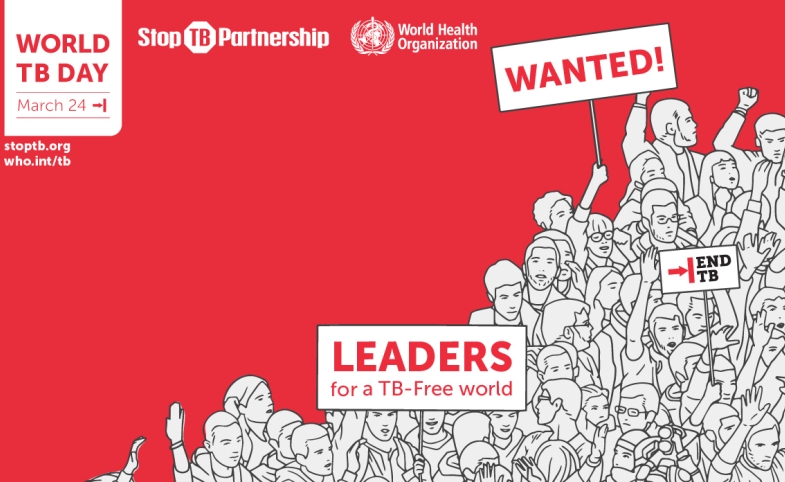 This year’s campaign uses the tools of public diplomacy “to build commitment to end TB, not only at the political level with Heads of State and Ministers of Health, but at all levels from mayors, governors, parliamentarians and community leaders, to people affected with TB, civil society advocates, health workers, doctors or nurses, NGOs and other partners.”

TB is the deadliest infectious disease in the world today, killing 1.8 million people per year. But in the 21st century, TB is curable. We have the technology to diagnose TB quickly and medicines that can save lives. Unfortunately, many countries still use outdated and ineffective policies, practices and tools for diagnosing and treating TB. Public diplomacy can help overcome this challenge by serving as the vehicle through which global TB advocates can inform populations all over the world about the latest resources available in the fight against TB as well as the ways individuals and communities can fight the spread of the disease.

Almost 10 years ago, Facebook’s vice president of global communications Elliott Schrage said in an interview with the Council on Foreign Relations that Facebook and other forms social media could be used to create a community in which information that was shared among groups of friends could have a wider reach than the more traditional forms of public diplomacy. The Stop TB Partnership’s campaign is an example of this phenomenon. They have produced fact sheets and social media tiles containing information about TB that their followers can post to their social media accounts. The idea is that people are not only more likely to read their friends’ posts, but also more likely to trust this information.

World TB Day is observed on March 24 every year to build public awareness that tuberculosis today remains an epidemic in much of the world, causing the deaths of nearly 1.5 million people annually. March 24th was chosen because on this day in 1882, Dr. Robert Koch discovered the cause of tuberculosis, the TB bacillus. At the time of Koch's discovery, TB caused the death of one out of every seven people worldwide. Dr. Koch's discovery resulted in effective ways to diagnose the disease and ultimately led to innovation that can cure TB.

This year’s campaign was launched ahead of UN General Assembly High-Level Meeting on TB which will bring together heads of states in September 2018 to commit to an ambitious plan of action to end TB once and for all. However, extensive public diplomacy is needed to ensure the success of the upcoming High-Level Meeting. According to Executive Director of Stop TB Partnership Lucica Ditiu, "2018 is a critical year as we have an historical window of opportunity to really make huge steps towards ending TB. We need everyone from the tiniest village to the biggest capital come together, commit and act to end TB.”

To help non-governmental organizations and other supporters to implement their own public diplomacy activities commemorating World TB Day, the Stop TB partnerships has created a toolkit containing practical guidance, information and materials that can be easily adapted to an organization’s needs.

Step Up for TB

World TB Day builds on the momentum gained from the Step Up for TB campaign.

To mobilize people all over the world to end TB, the Stop TB Partnership and MSF Access Campaign launched the public diplomacy campaign, “Step Up for TB” ahead of the first-ever international ministerial meeting on TB that took place in Moscow in November 2017.

The campaign used a wide range of public diplomacy tools, including public events, electronic media, videos, and print publications.  But most of all, it has impressively harnessed social media, particularly Twitter and Facebook, not only to communicate TB-related messages in a way that resonates with different audiences, but also to generate awareness about TB survivor stories.

More than 35,000 people from 120 countries signed a petition shared by the #StepUpforTB social media campaign that asked health ministers to step up and commit to the WHO guidelines on TB testing, treatment, and prevention by World TB Day on March 24, 2018.

In a video shared widely on Vimeo, TB activists and survivors called on governments to do more to end TB. In another video, TB survivors explained, “even severe cases of TB can be cured…I know because I had multidrug-resistant TB.”

#Wishlist2018 Tuberculosis is an emergency -> Wake Up!
In 2018 we *WISH* to see governments #StepUpforTB & provide testing & treatment for many more people with TB. https://t.co/QQ2IRFNmoC pic.twitter.com/NRMlzvHmAw

The Stop TB Partnership and MSF hand-delivered the petition to the Director-General of the World Health Organization, Dr. Tedros Adhanom Ghebreyesus during the Global Ministerial Conference on ‘Ending TB’ last November.

Individuals interested in signing the petition or learning more about the campaign are welcome to visit this site: https://msf.good.do/stepupfortb/stepupforTB/

As a person dies of TB every 18 seconds, there is no time to waste.

Although tuberculosis (TB) kills more people than any other infectious disease, it is often misperceived as a “historic disease—long since cured and largely forgotten.” Even more troubling, some people may not know that TB...