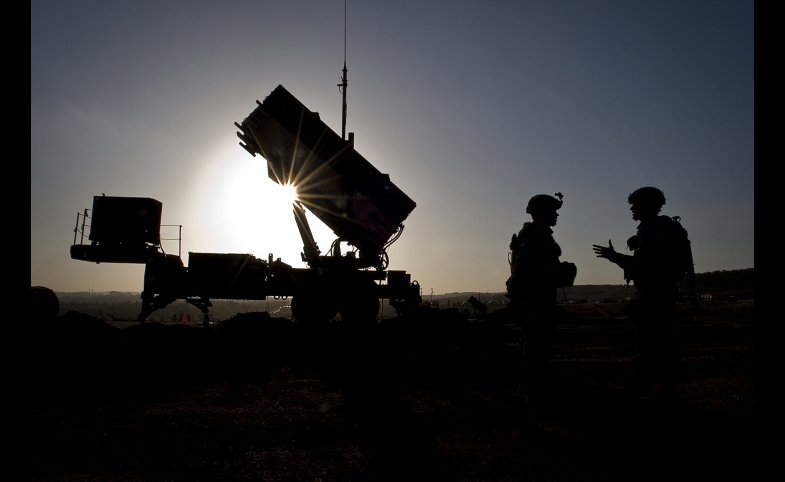 I was in Istanbul recently to give a talk at a forum on Turkish public diplomacy co-hosted by NATO and Bahçeşehir University Centre for Security Studies. Titled “Changing Region: The Role of Turkish Foreign Policy and Soft Power,” it brought together speakers on Turkey’s growing interest in public diplomacy and its transatlantic cooperation. While productive, a number of issues remained unaddressed and need further attention.

Scholars frequently refer to the importance of policy in public diplomacy practice and the ways that policy shapes global public opinion. Throughout the forum, I was reminded of the interconnectedness of policy and practice. There are several key issues that need to be uncovered when it comes to improving relations between NATO and Turkey through public diplomacy. In this blog, I will try to address the roots of recent policy discord between NATO and Turkey.

Turkey joined NATO in 1952, following its participation in the Korean War. NATO has played a central role in Turkey’s security and has been a vital anchor that held Turkey in the Western alliance. Turkey has the second largest army in NATO and has supported key NATO operations in Bosnia (IFOR and SFOR), Kosovo (KFOR), Afghanistan (ISAF), Macedonia, Iraq (Training Mission), and Libya. Nevertheless, much of Turkey’s involvement with NATO has been through peacekeeping initiatives.

Currently, the Turkish public is disenchanted with NATO, partially stemming from NATO’s reputation and American hegemony in the organization. The 2014 Pew Global Attitudes Survey suggest that 70% of Turks have negative opinions towards NATO. The 2014 Transatlantic Trends Survey indicate that 49% of Turks believe NATO is still essential to Turkey’s security, while 33% think it is no longer essential. Further, 43% report that NATO should engage in operations such as establishing stability in Afghanistan.

Turkish public response to NATO can hardly be separated from unfavorable public opinion about the United States, since NATO has been largely led by the U.S. Therefore, the waning of American credibility has simultaneously affected Turkish public support for NATO. To illustrate, anti-Americanism in Turkey peaked in 2003 at 83% following Operation Iraqi Freedom. In 2014, it was still very high at 73%. Previous work by R.S. Zaharna and James Thomas Snyder suggest that America’s actions damaged its credibility in the Middle East, fueling further anti-Americanism. For the Turkish population, NATO needs to take into consideration that its reputation is connected to the U.S.’ global image. As long as the U.S. is perceived as an aggressive and insensitive power in the public eye (explained here by Philip Seib), NATO will also suffer from American policy decisions.

To be sure, there are multiple reasons for rising anti-Americanism in Turkey and unfavorable opinions on NATO. One of these reasons is the alarming rate of anti-Western sentiment utilized in Turkish political discourse. This might lure the conservative and nationalist masses, but will also inevitably damage Turkey’s global reputation. In addition, Turkish policy makers have been reluctant to emphasize Turkey’s Western alliances and transatlantic cooperation in recent years. Instead, political elites have spoken extensively about Turkey’s strategic role in the Middle East, coupled with a glorified nostalgia of its Ottoman history. This self-isolating rhetoric can only be counter-productive for Turkey. Turkey has also negotiated with China in building missile defense systems that would not be integrated with NATO defense systems. This move has stirred debate on Turkey’s commitment to NATO, even prompting some to suggest throwing Turkey out of NATO. As a result of these decisions, Turkey’s Western alliances have gradually lost significance in the public and political discourse.

Turkish public response to NATO can hardly be separated from unfavorable public opinion about the United States, since NATO has been largely led by the U.S. Therefore, the waning of American credibility has simultaneously affected Turkish public support for NATO.

Turkey’s foreign policy priorities vis-à-vis Syria have also become disconnected from the concerns of other NATO and Western allies, due in large part to the alarming expansion of ISIS. Turkey’s initial reluctance to provide aid for Kobani, fears of a Kurdish autonomous region, and prioritizing the fall of the Assad regime factored in the discord between Turkey and its allies. Turkey’s position, while understandable given the 911 km border between the two countries, needs to remain in touch with global realities, even if it means challenging its security-oriented policy in regards to the Kurdish political processes outside of Turkey. In addition, it is imperative that Turkey, as a key NATO ally, acts rapidly and grasps the new opportunities in the region that may result from the Iran deal.

It is clear that NATO is losing appeal in Turkey due to unmet expectations, unattainable demands, and uncoordinated policies. Also, NATO needs to clarify how it defines the organization post-Cold War, and where it situates Turkey’s role in this new definition. Turkey’s appeal has been waning with its Western allies, too. Therefore, it is not only NATO that has to intensify its communication, but also Turkey that has to reaffirm its ties with NATO, fine tune some of its foreign policy in respect to the crisis in Syria, and clarify what it expects and can provide for the NATO alliance, as well the anti-ISIS coalition. The July 23rd decision to allow U.S. military launches from Turkish soil may be a significant step in reaffirming Turkey’s ties with its Western allies, and may debunk claims that it supports ISIS and other radical organizations. Conferences and journalistic exchanges could bolster ties between Turkey and NATO; however, it is the policies that have real impact on people. Without a proper reconfiguration of policy, most public diplomacy initiatives will remain irrelevant and fall on deaf ears.