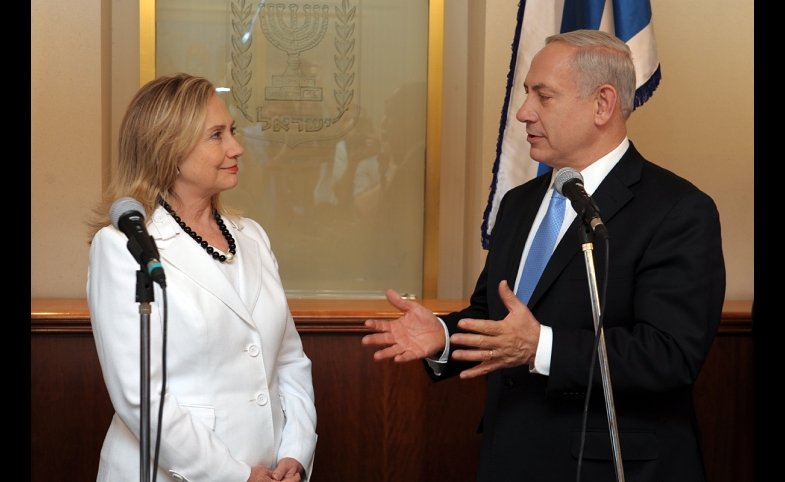 Five factors guarantee even rougher times ahead for the United States in the Middle East. Individually, they would be only somewhat disruptive; collectively, they are likely to cause major problems for years to come.

First, regardless of how the next Israeli governing coalition takes shape, two principal images will linger in the minds of Arabs: Benjamin Netanyahu saying "No" to creating a Palestinian state, and the U.S. Congress -- or at least its "Republican Guard" members -- wildly applauding the Israeli prime minister. Particularly when taken together, the two underscore the presumed American antipathy toward the Arab world.

Second, Iran's leadership is less worried than U.S. policymakers are about putting "boots on the ground" in Iraq, and so Iran keeps expanding its regional clout while American influence shrivels. The nuclear talks are a useful sideshow for Iran while it accomplishes what it really wants: a de facto political annexation of parts of Iraq. The United States has yet to learn that air power alone has very limited effect in terms of establishing its user as a force to be reckoned with in a conflict. In the fight against the Islamic State, Iran is increasing its flow of weaponry and ground troops, which -- given the sad state of Iraq's U.S.-trained army -- may be the best hope for pushing back IS forces.

Third, Turkey's foreign policy is increasingly erratic and the United States appears to be making little effort to ensure its NATO ally's meaningful cooperation in dealing with Syria and exercising constructive regional leadership. Turkey faces a rough year, with increasingly restive Kurds at home and global disapproval on the centennial of the Armenian genocide. The United States can ill afford to have Turkey slip into isolation, which not only would make eventual resolution of the Syrian civil war less feasible but also would further enhance Iran's sway.

Fourth, the Kurdish Regional Government in Iraq has proved itself to be both stable and fierce, clearly deserving recognition as an independent state. But the United States clings to its dream of a functioning united Iraq, and so will not accord the Iraqi Kurds the respect and assistance they have earned. Regardless of the United States, the Kurds are on the road to independence and once there they will remember the lack of American support.

And fifth -- worst of all -- the United States appears to be softening its position regarding the future of Bashar Assad, a butcher even worse than Saddam Hussein. The idea of negotiating with this man, whose principal contribution to his nation is the use of barrel bombs on civilians, is abhorred by most Arabs.

All these factors have something in common: the clear implication that the United States attaches no value to the security and aspirations of Arabs. There is no evidence of a strategic or a moral compass guiding U.S. policy in the region. In this era of pervasive media, every venue from Al Jazeera to Twitter provides Arab audiences with daily reminders of American fecklessness.

Assuming that the Obama administration does not want to merely limp off into the sunset in January 2017, the issues listed here deserve forceful attention. Granted, the President can do nothing to control congressional Republicans' love affair with Netanyahu, but the United States could do much more to address other matters that collectively could cripple the United States in the Arab world.

In Iraq, more American weapons and advisors for the ground war should be provided. The Islamic State is killing and enslaving Arabs. Stopping this will be viewed gratefully by millions in the region and will show that Iran is not the only military power willing to take on the IS fanatics. Granted, we've done Iraq, and once was enough. But if the Islamic State is allowed to control territory unmolested, Iraq will be like Afghanistan was during the late 1990s: a Petri dish for the next generation of terrorist groups. Fight now or fight later.

In this era of pervasive media, every venue from Al Jazeera to Twitter provides Arab audiences with daily reminders of American fecklessness.

Turkey is too big to be pushed, but it can be nudged. As the only Muslim member of NATO, it has enormous value to the United States as an ally and a surrogate in the region. Apparently, America's recent policy toward Turkey has been one of benign neglect. That accomplishes nothing. It is time for much more active engagement, making clear that the United States relies on Turkey to be a regional leader.

As for the Iraqi Kurds, the United States should abandon the fantasy that they will be part of the future Iraq -- if there is a future Iraq. They should be encouraged to formally declare independence and then they should be embraced and supported as an ally. The Baghdad government, such as it is, will be furious, but U.S. interests will be best served by helping establish a viable Kurdish state.

Which brings us to Bashar Assad. The only thing the United States should do for him is provide transportation to The Hague so he may be tried for crimes against humanity. America demeans itself in the eyes of the world -- particularly the Arab world -- when it displays any inclination to deal with a thug who spends every day killing Arabs.

Taken together, these matters amount to a monstrous but not insoluble problem. The Obama administration began its dealings with the Arab world on a hopeful note, as exemplified by the President's 2009 Cairo speech. Since then, despite increased U.S. public diplomacy efforts in the region, American policy has been perceived as hostile, or at least uncaring, toward Arabs. No good can come from that. It is time to build a policy recognizing that citizens of the Arab world are paying attention to how the American colossus wields its power, and they will respond far more assertively than they have in the past.

Note from the CPD Blog Manager: This piece originally appeared on The World Post, a partnership of the Huffington Post and Berggruen Institute.