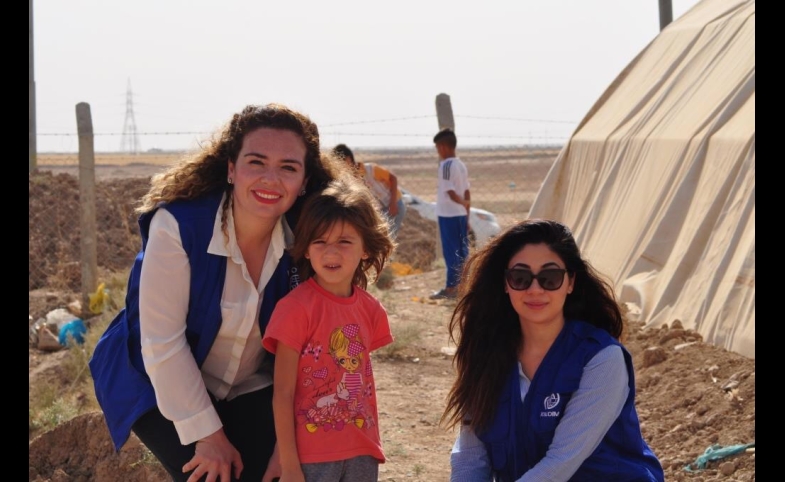 When I spoke with Ali in the Qushtapa refugee camp outside of Erbil, in Northern Iraq, it had been six months since he, his wife, and two daughters had fled their besieged hometown of Kobani – about 500 kilometers to the west.

Ali sat across from me with arms folded in a tent with survivors. He had just witnessed the beheading of his entire extended family. Not a single one of his aunts, uncles, or cousins survived. Ali, his wife, and his two daughters were spared only to serve as a warning to others – oppose the self-styled “Islamic State”, and you will suffer the same fate.

Through my Kurdish interpreter, I asked Ali whether he had any news from his hometown. He responded, “Last week fighting resumed in Kobani and almost 200 people were killed.” Ali’s gaze floated to his infant daughter, swaddled in a ragged blanket nearby. His older daughter sat beside him, playing on the dirt floor in the oppressive heat. “We have to stay here until there is a better situation at home.”

Like the more than four million Syrian refugees and over three million displaced Iraqis, Ali and his family are part of a mass exodus fleeing violence in the region. Syrians have endured over four years of war and Iraqis face the brutality of extremist groups. These masses are part of the largest refugee crisis since World War II. Thus far, more than 51 million human beings worldwide have been forcibly displaced by conflict, human rights violations, or violence. Consequently, the flooding of refugee and internally displaced persons camps shows no signs of slowing down at present time, placing immense pressure on aid efforts.

I came to visit the camps in Erbil as part of a needs assessment by the U.S. Association for International Migration (USAIM), a partner organization of the International Organization for Migration (IOM) in the U.S. One of our goals was to raise awareness and resources to aid Syrian refugees like Ali and displaced Iraqis fleeing violence in their own country.

“I am getting some support from the NGOs and the government,” he said. “But it is not enough to survive. I am not working because there are no job opportunities. Most important are the children. I need to work for my children.”

It’s a tall order, as numerous urgent needs arise when assisting such a large overflow of people. On the ground since 2003, IOM works to keep up the distribution of relief goods and implementation of development projects, including providing vocational programs to help displaced persons get back on their feet – often risking their own lives to do so. IOM Director General William Swing has said that “The most important area of our work is assisting the Iraqi government's emergency response to the displacement crisis, specifically in the areas of population tracking, non-food items and shelter distribution, and livelihoods support.”

At another camp not far from Qushtapa, I participated in a distribution of business development supplies under the Community Revitalization Program. IOM helped families with the materials they needed to set up small stores, which is part of a larger effort to encourage business in the internally displaced communities and to secure livelihood for their families amid the chaos.

So far, various countries have financed the bulk of relief efforts in the region, though it became clear during my visit that such funding can come to an abrupt end when programs reach their completion deadlines. It frightens me to think what will happen to Ali and his children if that happens. 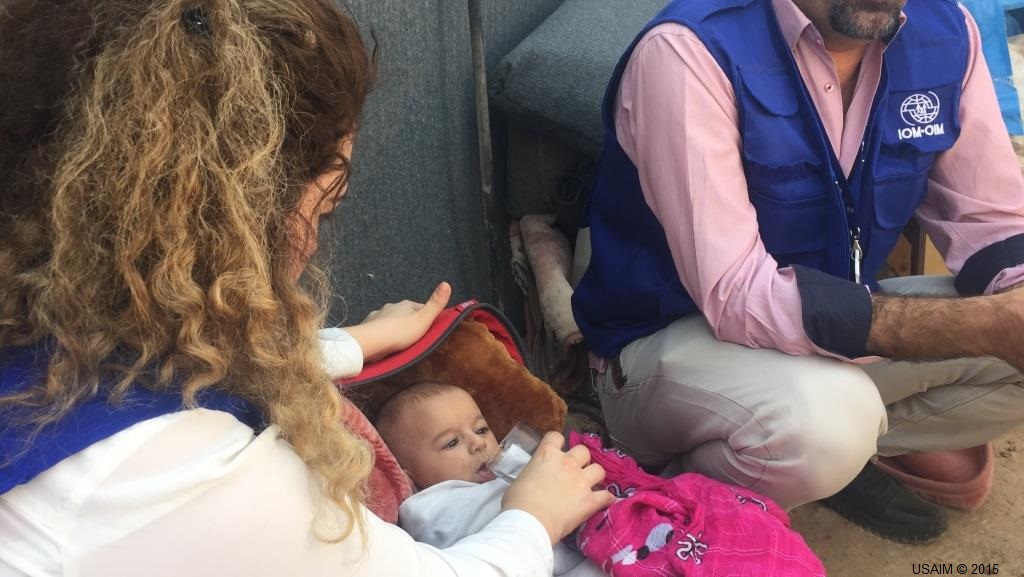 Hours after visiting Ali, I sat alone in my room thinking of his children. They would spend another night at Qushtapa. I felt hopeless. I wondered what good I could do, what good any of us could do given the scale of human tragedy in the camps.

When I had asked Ali how best I could help, he spoke of basic needs – diapers and milk for his children. “I am getting some support from the NGOs and the government,” he said. “But it is not enough to survive. I am not working because there are no job opportunities. Most important are the children. I need to work for my children.”

To Ali, these basic survival needs are realities of his daily life. But to many who feel far from this disaster, the magnitude of the internal displacement and refugee crisis is but an abstraction. If there is one takeaway from this experience, it is that the ongoing crisis is a reality that belongs to us all. As the massive and deadly exodus to overflowing camps within Iraq and neighboring countries continues, IOM and other groups struggle to manage the crisis. We must be dedicated to peace and stability in the affected regions and provide the internally displaced and refugees with avenues for a better future. Without hope, the cycle of violence and exploitation will remain.

(*Name of the interviewee has been changed to protect confidentiality)

Natasha Rastegari
CPD Blog Contributor
Marketing, Outreach, and Development Officer for the U.S. Association for International Migration
YOU MIGHT BE INTERESTED IN...