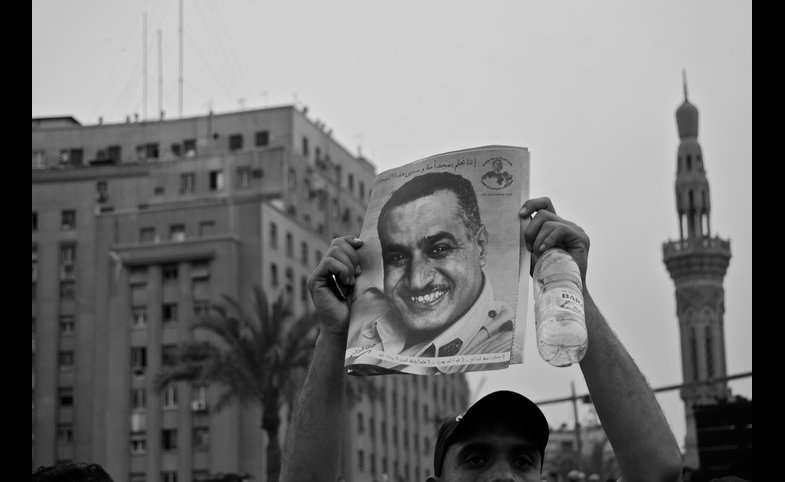 The recent brutal conquests by ISIS in Syria and Iraq have been accompanied by a policy of establishing new political symbols, from the imposition of its own flag (similar to that of al-Qaeda) and the formal interdiction of the Syrian one, to the physical destruction of the Syrian-Iraqi border and the declaration of a new state with a completely different name and basis of belonging.

The ISIS example is certainly the most extreme (from a variety of perspectives), but since the beginning of the uprisings in the Arab world, it is far from the only example of new or emerging political leaderships seeking to recraft existing understandings of the people, the nation, etc. Indeed, the changes in leadership, regime, and political system witnessed by the Middle East/North Africa region since winter 2011 have underscored both the importance of seizing control of the national narrative and the possibilities for rescripting it.

These are precisely the issues that I have attempted to address in Official Stories: Politics and National Narratives in Egypt and Algeria (Stanford, 2014). The study focuses on three key strands in any national narrative—the establishment of a founding story, the conception of national identity, and the parameters of national unity. It traces the evolution of their portrayal over more than six decades: from just before the 1952 July revolution in Egypt and from the eve of the Algerian revolution in 1954, to the present. In both cases, texts of successive constitutions, national charters, presidential speeches, laws, postage stamps, and even museum contents provided a picture of how such basic elements as the components of national identity and the definition of revolution had changed over time. Most important, however, were government textbooks for civics, history, social studies and religion courses: they have been the most constant and long-term means available to the government to inculcate such identity-related messages among the population.

In keeping with the work of other scholars who have suggested that the possibilities for introducing significant changes into a national narrative are greatest during periods of crisis, my two cases show that it was at the time of the initial establishment/consolidation of the new leadership—in Egypt, 1952-54 and Algeria 1962-65—that the greatest changes were introduced into the existing narrative. In both, it was their respective revolutions that were cast as new founding stories. Previous historical developments on national territory were not marginalized, but an heroic new beginning, the opening of a new era that would afford “the people” the possibilities of reasserting their strength and reviving “national” glory, meant a definitive break with the weakness, corruption, and humiliation of the recent past.

Over time, successive leaderships also introduced a variety of changes into the narrative. In order to understand if elements in the narrative might have been rescripted to aid in regime consolidation or maintenance, I chose a set of the most serious crises each country had faced —political, economic, military—to discern if they seemed to have led to reformulations of the narrative. To my surprise, in the Egyptian case such a devastating blow to the regime as the humiliating defeat in 1967 led to no significant changes in the content of the central narrative themes on which I had focused. Instead, in both cases the evidence suggests that it was periods of unexpected leadership transition—Gamal `Abd al-Nasir’s death in 1970, and Algeria’s Boumedienne’s death in 1978—which triggered the greatest changes in both the founding story and in the construction of identity and unity. In both cases, the relative balance between critical identity elements—e.g. Arabism, religion, socialism, revolution, and the like—shifted significantly, if not overnight.

Students and practitioners of public diplomacy understand well the importance of nation branding, a process in which national narratives figure centrally. The moral of my story is that the constituent elements and formulations of the narrative need to be understood in terms of their serious domestic implications, and not primarily in terms of an externally directed “soft power.”  Indeed, a reading of the discursive struggle that has been underway in Egypt since spring 2011 over the meaning of January 25, 2011 versus June 30, 2013, the role of religion (and of what type) in defining the Egyptian people, and the relationship of the military to “the people” demonstrates clearly that the internal stakes in narrative conquest are very high, at times even deadly. In keeping with the evidence from earlier periods, across the region, today’s holders of and pretenders to power are well aware of the formidable force that a carefully crafted and ably wielded narrative can represent. For many, it is a central weapon in their arsenal as they seek to secure or maintain authoritarian control.