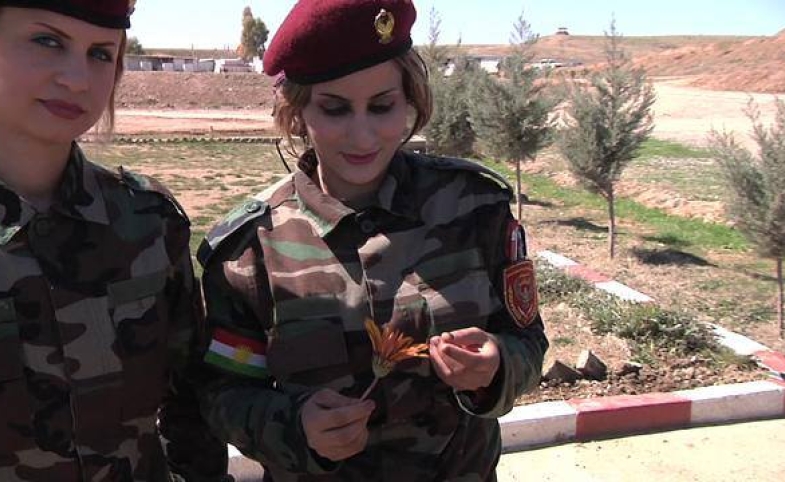 Just about the only good news that emerges from the war in Iraq and Syria against the Islamic State is about the military prowess of Kurdish forces, the Peshmerga – which means “ready to die.” They have had more success against IS than anyone else, even though they are fighting for a homeland that appears on no maps except their own. It is time for the rest of the world to acknowledge the courage and importance of the Kurds and recognize an independent Kurdistan.

For the past century, the Kurdish story has been one of betrayal by the great powers. After World War I, a Kurdish state was planned, but Winston Churchill, among others, decided it wasn’t really necessary. More recently, the Kurds were the targets of Saddam Hussein’s air strikes and poison gas attacks, while the world watched. During the Iraq war that began in 2003, the Iraqi Kurds supported the U.S.-led coalition, and emerged with a semi-autonomous region in northern Iraq that has had a turbulent relationship with the central government in Baghdad.

The Kurds number fewer than 30 million and they are spread out, with the largest clusters in Turkey (where they are viewed as subversive by many Turkish officials), followed by Iraq and Iran. Most of the Kurds in Syria who are not on the battlefield have fled to the Kurdish part of Iraq.

That’s the background; the complete ethnic and political story of the Kurds – as with so many others in the region – is complicated by internal and external rivalries. But the United States, in particular, and others who would like to see even a semblance of stability in the Middle East should recognize that the Kurds, brave and pro-American, are a pillar of strength and their home deserves the legal status of a nation.

The principal problem involves determining boundaries. The Turkish government becomes livid at the mention of any Kurdish part of Turkey seceding to join its neighboring brethren in Iraq, and the Iraqi leadership in Baghdad feels much the same. At some point, however, the United States will need to do more than pat the Kurds on the head and tell them not to annoy the powers that be in Ankara and Baghdad.

The Kurds are no longer interested in being docile. They believe, correctly, that they have earned the right to be more than a virtual state. Because of their enterprise and their oil, they are economically viable. Before the current war began, cities such as Erbil and Sulaimaniya were flourishing and their residents could see a still brighter future.

..The United States, in particular, and others who would like to see even a semblance of stability in the Middle East should recognize that the Kurds, brave and pro-American, are a pillar of strength and their home deserves the legal status of a nation.

By giving a little, the nations with Kurdish populations would gain a lot. In return for ceding relatively small amounts of territory – already inhabited by Kurds – Turkey and Iraq would gain a strong ally, and an independent Kurdistan could be a stabilizing force within the region.

Someone must push this process forward. The United States would be an appropriate broker, as it is a NATO partner of Turkey and the most powerful backer of Iraq. Aside from the strategic benefits, recognizing an independent Kurdistan would fulfill a moral obligation to people who have suffered so long and fought so hard.

For their part, the Kurds need to be more assertive in their public diplomacy. Many people, particularly in the West, have only a vague, albeit positive, knowledge of the Kurds’ story.

I have oversimplified the transition process from quasi-state to real state. Difficult negotiations will be required, and Iran’s influence in a new Kurdistan must be pondered. But if this transformation does not take place, at some point the Kurds, strengthened by their impressive showing against the Islamic State, might act on their own, adding yet another conflict to this troubled part of the world. Regardless of the outcome of such an upheaval, the stability that an independent Kurdistan might help create would become a lost dream.

Photo by Kurdishstruggle | CC BY 2.0

I was in Istanbul recently to give a talk at a forum on Turkish public diplomacy co-hosted by NATO and Bahçeşehir University Centre for Security Studies. Titled “Changing Region: The Role of Turkish Foreign Policy and Soft...