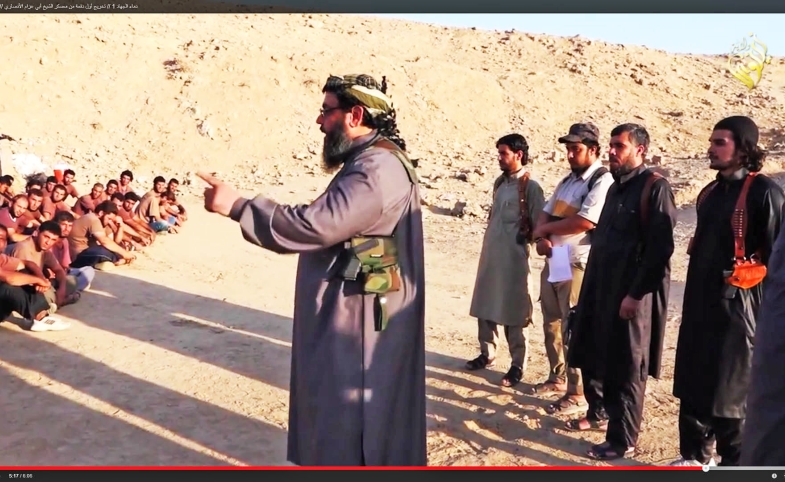 Much of the response to terrorism consists of public handwringing and uncoordinated policymaking. It is therefore heartening when substantive, sophisticated ideas surface.

Within recent weeks, two constructive documents have appeared. One is the text of a speech given in Abu Dhabi by Rashad Hussain, U.S. Special Envoy to the Organization of Islamic Cooperation that focuses on more than just a military response to groups such as the so-called Islamic State (IS), or Daesh.

Hussain stresses the need for Muslim-run online messaging that targets extremist recruiting. Daesh has produced alluring videos calling on young Muslims to become fighters and defend their faith on the battlefields of Syria and Iraq. All is glorious in these videos, and they have been successful in propagating the lie that Daesh is anything more than a gang of murderers whose every act is a betrayal of the principles of Islam.

To counter this, Hussain advocates deglamorizing Daesh by showing their victims, who are mostly Muslims, and highlighting the stories of former radicals who have become disenchanted with this false jihad.

Perhaps more important, Hussain urges online content incorporating positive narratives that encourage young Muslims to undertake professional and humanitarian work rather than throw away their lives. Hussain further calls for an international partnership among governments and NGOs to develop and amplify such messages by rewarding innovation and enlisting moderate Muslim religious leaders.

These ideas are all sound, but implementing them will require policy as well as promises. The fight against violent extremism will last for at least a generation. Ad hoc, reactive responses are far from sufficient. The State Department and other U.S. agencies, as well as the governments of other countries, should adjust their planning accordingly.

The other document is a report from the Al Jazeera Centre for Studies in Qatar titled "Deciphering Daesh: Origins, Impact, and Future." This is a detailed, thoughtful analysis that makes clear the dangers of underestimating Daesh. One section of the report, for instance, examines Daesh's aspirations regarding Central Asia; it wants to extend its self-proclaimed "caliphate" to Azerbaijan, Chechnya, and beyond.

It should be clear by now that Daesh's ambitions must be taken seriously and that countering these and other extremists will require more than the Iraqi army, which remains pathetic even when bolstered by U.S. air power. As the Al Jazeera Centre's report illustrates, Daesh has a well-planned strategy that includes ideology-based governance as well as combat.

The fight against violent extremism will last for at least a generation. Ad hoc, reactive responses are far from sufficient. The State Department and other U.S. agencies, as well as the governments of other countries, should adjust their planning accordingly.

Daesh's rise is partly a function of the turmoil that has shaken the Arab world during the past few years. The Al Jazeera Centre report notes that even if the current war against Daesh finds success on the battlefield, this "will not create a situation of regional stability, nor will it save the Arab state system. Events on the ground indicate that the Arab region is experiencing a period in which the old, official systems are collapsing, without prospects created for a peaceful alternative. Thus, a scenario of violence and political and geographical fragmentation is most likely in the near future, or at least for as long as the consensual, national democratic alternative is not adopted in Arab countries and societies."

As this process continues, lessons should be learned and remembered. Once Daesh is defeated -- and it eventually will be -- other violent extremist organizations will arise. The struggle against them must continue until the political and social environment that has fostered their growth is fundamentally changed.

This takes us back to Rashad Hussain's prescriptions for undermining extremist organizations by cutting them off at their roots -- blocking their ability to recruit. Daesh must have a steady flow of new bodies to throw onto the battlefield and to spread its message. Its numbers are not so large that it can sustain itself indefinitely without this. Not all those heeding Daesh's call are lunatics; some could be diverted by counter-messaging that offers alternatives to violence.

Reaching these young men and women might accomplish more than countless air strikes can achieve. This is the true heart of the struggle against violent extremism.

Boots on the ground are the only means by which Islamic State will be ultimately denied its safe havens inside Syria and Iraq. Both feared and favored, boots means young men grinding out military victories and suffering...