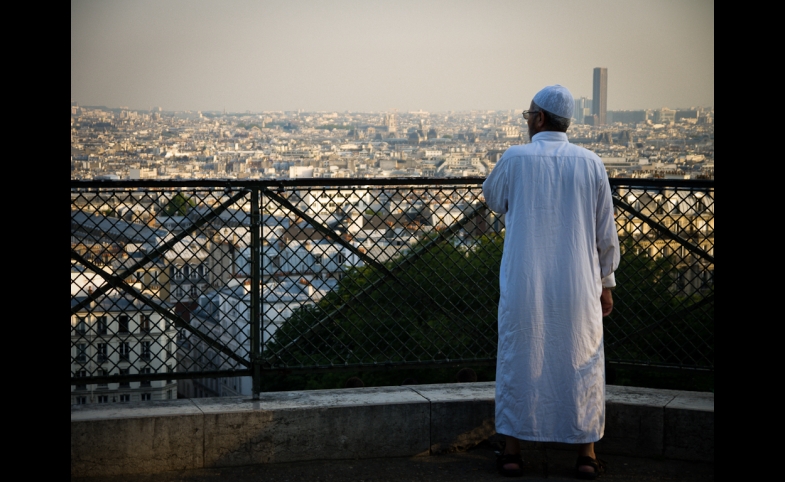 Note: This blog is part one of a two-part series and was originally posted here.

The English novelist EM Forster once said “Just connect.” It is the West’s inability to do so that undermines its response to the Paris attacks. Brussels is on lockdown. France is launching air strikes on Syria. The UN Security Council has adopted a resolution condemning Islamic State. But still there is no coherent strategy for combatting Islamic State, either in Syria and Iraq or in Western Muslim communities. In a sense, this is a domestic challenge for West European countries. If France really wanted to strike where the terrorists had come from, it would have had to bomb Brussels and the suburbs of Paris.

The number of European jihadis fighting with Islamic State is evidence of serious failures of economic and political policies towards Europe’s immigrant communities. But even if the core of the problem behind the Paris attacks lies in a crisis of identity among marginalized and disillusioned young people, men and women, in our own societies, the convincing military defeat of Islamic State remains essential for three reasons: to stabilize the Middle East; to stem the tide of migrants into Europe; and to remove a source of inspiration for Europe’s alienated young. But military action must be set in the context of a broader diplomatic strategy. This is what is lacking. To a large extent Europe has lost the capacity for strategic thought, and thus for effective diplomatic and military action. Foreign policy has been replaced by moral outrage (and moral superiority), which gets in the way of good strategy.

At a workshop on the Future of Diplomacy in Bulgaria last week, I was asked what diplomacy could contribute to the fight against Islamic state. The presumption of the question was that you cannot negotiate with terrorists, or at least with Islamic terrorists (we did, after all, negotiate with the IRA), and that diplomacy was therefore irrelevant. But this misunderstands the nature of diplomacy. Direct negotiation is only one of the tools available to diplomats. Diplomacy is centered around networks of information and influence. Any diplomat who is not an effective networker should seek a different career. These networks are used to create coalitions to promote the interests and objectives of the diplomat’s country. Equally importantly these networks can be used to take down and disrupt hostile coalitions (there is a reason the board game “Diplomacy” centers on the creation and disruption of coalitions among European powers). All this is underpinned by the analysis of the motivations and objectives of other actors and the underlying pattern of geopolitical and economic realities. These are what diplomacy can contribute to the fight against Islamic State. More specifically they are the techniques that will allow the West to construct an effective diplomatic strategy, of which military action will be but one part.

Given that Islamic State ranges across both Syria and Iraq, any effective strategy must deal with both countries. But it must take account of the differences between them. Whether the West likes it or not, Putin (largely through the West’s own ineptitude) has made himself the indispensable man in Syria. He must be part of any solution, for two reasons. Firstly, Putin alone can deliver Assad (and possibly Iran) in collaborating with the West in designing a post-Assad political settlement that can allow all Syrian factions to unite in the fight against Islamic State. Such a settlement will need to protect the interests in Syria of Russia, Iran and the Alawites, but also meet at least some of the aspirations of the non-Jihadist opposition. Secondly, Russia is willing and able to offer the military support, including on the ground, that the West is reluctant to offer.

The number of European jihadis fighting with Islamic State is evidence of serious failures of economic and political policies towards Europe’s immigrant communities.

But if the West must work with Russia in Syria, it means that the West will also have to find an agreement with Russia over the Ukraine. Putin knows this, which may be one of the reasons for his engagement in Syria. Unlike the West, Putin (or at least Lavrov) does think strategically. The deal will be difficult to make, and will stick in the craw of many who have insisted Putin be punished for seizing the Crimea. But the elements are already pretty clear: Russia retains the Crimea; stabilization of a federal Ukraine in which regions have considerable autonomy (the legislation is already in the Ukrainian parliament) – Russia and the West will guarantee the new Ukraine and Russia will withdraw from the East of the country; Russia and the West will agree security guarantees for Eastern Europe and Russia’s near East; and sanctions will be lifted on Russia. The West may not like the deal, but it is little more than a recognition of reality and may be essential to securing Russian collaboration against Islamic State.

The West must also re-engage strategically with Turkey. Such re-engagement must take account of the changes in Turkey in recent years, especially the increasing authoritarianism of Erdogan and his revival of conflict with the Kurds for electoral reasons (there are increasing parallels between Erdogan and Putin). The re-engagement must also be based on geopolitical realities. Merkel’s desperate pleas to Ankara to stop the migrants crossing over to Europe in exchange for financial support and cynical promises to re-open Turkey’s entry into the EU (promises that Merkel knows she cannot keep) have only served to undermine her and the EU’s credibility with Erdogan. Whatever the outcome in Syria and Iraq, the Kurds are likely to emerge much strengthened, including possibly with their own state. Getting Turkey to sign up to this will difficult. The West needs to develop a clear analysis of Turkey’s role in the region and how Turkey’s interests can be protected in a post-Islamic State Middle East.