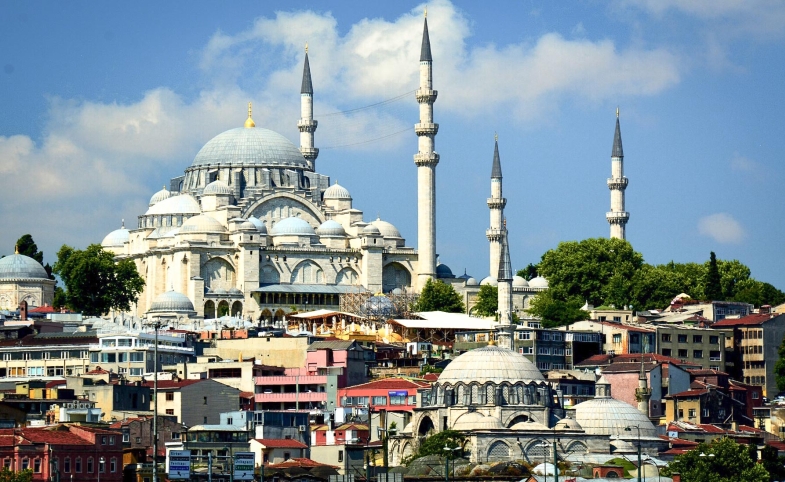 Turkish voters went to the polls on June 7th, 2015 to determine the future of the political scene. The governing JDP (Justice and Development Party-AK Party), lost its majority seat in the parliament while still coming out as the forerunner. At the time of this writing there are talks of forming a coalition government between parties represented in the parliament (JPD, CHP/Republican People’s Party, MHP/Nationalist Movement Party, and HDP/People’s Democratic Party). Briefly, I will try to address how Turkey, a key NATO ally, can improve its soft power capacity at this crucial moment, and how public diplomacy efforts can be improved by fine tuning domestic policies and maintaining its organizational framework.

Over the last thirteen years, the former JDP government meticulously crafted new institutions and state organizations meant to act as Turkey’s public diplomacy instruments. These instruments have done an impressive job in foreign aid, humanitarian aid, cultural diplomacy, educational exchange, and diaspora diplomacy in a matter of a few years. Nevertheless, Turkey’s public diplomacy is still in its very early stages, and will likely benefit from the election results.

First, Turkey’s global image has suffered significantly from the images of police oppression during the Gezi Park protests, recurring Twitter bans, increasing self-censorship amongst journalists, growing limitations on press freedoms, a heightened anti-Western discourse, and issues with the application of rule of law. These issues have raised major international concerns in regards to Turkey’s democratic progress and adversely affected its once-exemplary position for other countries in the region. Moreover, Turkey’s soft power has suffered because of these issues. I have explained this problem in previous blog posts using the concept of an “ethos gap” here, and CPD Fellow Ellen Huijgh has also written here about the domestic sphere of Turkey’s public diplomacy. Turkish politicians must learn the appropriate lessons from these issues, which can improve Turkey’s global reputation. Further, the government needs to ramp up the legislative reforms to sustain these changes.

Over the last thirteen years, the former JDP government meticulously crafted new institutions and state organizations meant to act as Turkey’s public diplomacy instruments. These instruments have done an impressive job in foreign aid, humanitarian aid, cultural diplomacy, educational exchange, and diaspora diplomacy in a matter of a few years.

Secondly, the JPD government has made progress in implementing policy change in regards to the long-standing conflicts with Kurds and Armenians, aiming to open up discussions with these communities (explained here). However, both initiatives have lost significant momentum during the election process, with rising nationalistic discourse from mainstream political parties. Nevertheless, the democratic reforms introduced by the former government in line with the EU accession process fostered new interpretations of citizenship, identity, participatory politics, the elimination of the military’s role in politics, and may have aided the process of creating a more diverse parliament. In an unprecedented move, almost 14% of the electorate voted for the People’s Democratic Party (HDP), which has roots in ethnic Kurdish politics. There are three ethnic Armenians, one Roma, one Syriac, and one Yezidi representative. There are also 96 women in the parliament and some of these women wear headscarves, which has been a politically charged issue for Turkey in the past. These changes will have positive results for Turkey’s global reputation, since the parliament now represents almost all segments of Turkish society. Besides, the new political climate may create the momentum to push for long-needed reform by the Alevi religious community, and continue the ongoing Kurdish and Armenian political openings. In this regard, Turkey should continue its course of engagement with its minorities and underprivileged groups. Turkey is inevitably a key actor in regional politics because of its cultural connections with the region and its transatlantic alliances. Therefore, Turkey’s work-in-progress democratization efforts can set an example in the region. Such efforts could propel Turkey to a leading role in re-establishing the stability of the Middle East. Turkey’s Western alliances with NATO and the EU could act as a catalyst in providing Turkey with the means to increase its attractiveness as an emerging power. Turkey should certainly highlight its ties with these Western alliances while continuing to reach out to audiences in the Middle East through public diplomacy.

Now, the question is how public diplomacy instruments will operate during the next government and who will control them. It is imperative that the institutions created in the last thirteen years continue to operate, and continue to grow their influence by concentrating on intra-governmental coordination. Turkey can craft a more complex public diplomacy practice and emphasize foreign publics rather than domestic audiences, if it can settle administrative issues on who will govern these organizations. A diverse set of public diplomacy initiatives based on rigorous strategy building will improve Turkey’s public diplomacy. Besides, Turkey already has a great number of resources under its belt to achieve these goals, such as diverse culture, tourism, people, economy, and politics. The new government can employ multiple resources and frameworks to consolidate the role of public diplomacy in Turkish foreign policy. Collaboration and negotiation between political actors can also further the process of crafting a grand public diplomacy strategy.

Turkish public diplomacy can continue expanding through improving the networks and structures that support these efforts. Here are several recommendations for Turkey’s public diplomacy post-elections: