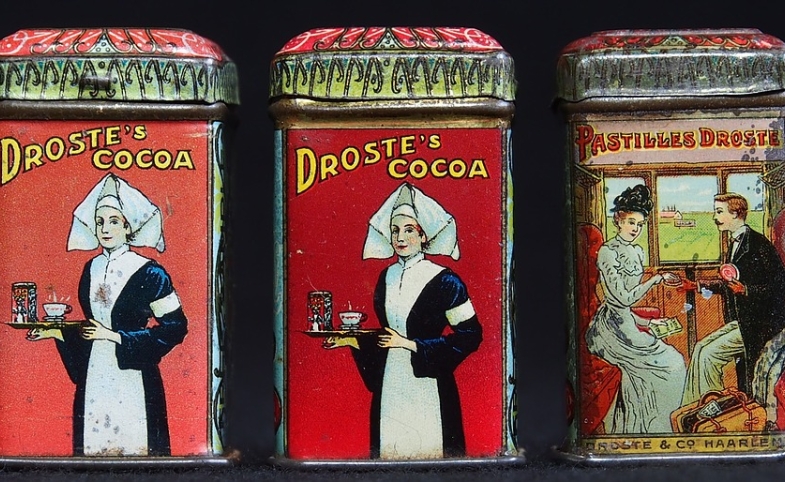 “Mucize Kuruyemiş Fındık Diyarı Türkiye” –“The Miracle Hazelnut comes from Turkey” shines in bold red letters on small packages of nuts. The flight attendant on this Turkish Airways flight TK0829 to Istanbul hands out another round of snacks. The white crescent moon and star decorate all treats. Later on, I learn that Turkey is a leader in hazelnut production, earning about 825.9 million U.S. Dollars from exports. As mentioned in historical documents, the hazelnut has grown for 2300 years on the Black Sea coast in the north of Turkey. It is impressive how modest things like nuts can tell about the history and present of a country. The Turkish Hazelnut Promotion Group has been running this campaign on Turkish Airways flights for a while now. En passant, passengers get a taste of what Turkey is about, besides international politics and high level diplomacy. 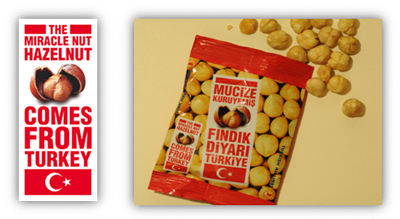 Products are effective ambassadors for many countries. For Germany, other than soccer, cars and beer are top envoys. The “Swiss” army knife is known worldwide. “Russian” vodka emphasizes its place of production. “Brazilian” coffee or “Indian” tea stress their origin. “French,” “Italian” and “Spanish” wines are labeled as such. Electronics are promoted as being “Made in Japan”. 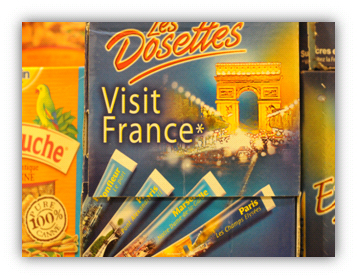 Though those attributes also reflect stereotypes, they help states to create positive associations with them. The examples show how closely linked economic diplomacy, public diplomacy, nation and place branding are. Indeed, businesses selling goods abroad have their own interests apart from governmental diplomacy policies. However, strategic public-corporate partnerships can be catalysts for attracting foreign audience attention.

A good case is the Starbucks Rwanda alliance. Fostering entrepreneurship and sustainable development, Rwanda focuses on coffee. Also Green Mountain Coffee, Costco, and Paramount coffee stores are among the worldwide coffee purchasers who introduced and promoted fair trade Rwandan coffee as one of their key brands. Rwandan coffee has won several international prizes and accounts for 40% of agricultural exports with around 50 million U.S. Dollars of profit a year. This way, Rwanda’s branding approach hopes to replace the genocide image by optimism and economic prosperity.

Another comparative example is Macedonia which started to enhance its Public Diplomacy capacities at the end of 2006. One of the major efforts is to make the country more recognized in order to further its attempts to join the EU and NATO. Macedonia focused on economical strengthening through investment, trade and tourism. The governmental investment agency launched a campaign under the slogan “Macedonia – Timeless", describing the country as a jewel in the heart of the Balkans full of undiscovered ancient sites and natural beauty. One of the elements of the Public Diplomacy campaign has been the promotion of Macedonian wine trying to put the former Yugoslavian country in another light.

Though not every coffee, wine, or car automatically recall a positive connotation, entry points for public diplomacy increase with good products. Vice versa, poor diplomacy is also possible despite successful consumer goods. The challenge for embassies is to constantly link economic and Public Diplomacy thinking in their acting. Why not give diplomats and expats the incentive to drive a car brand of their home country when they are abroad? Some Foreign Offices have already institutionally combined Economic Policy Analysis and Public Diplomacy units. As it appears however, practical strategies in the field depend mostly on individual initiatives: for instance, an ambassador who is only serving home brands or ad hoc corporate sponsors for embassy events. 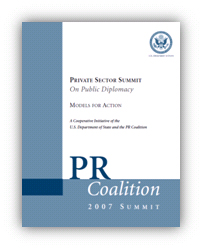 The risk that public diplomacy is hijacked by certain manufacturers and industries is valid but should not be overrated. Certainly, the diplomatic apparatus funded by national tax payers cannot be simply a cheap marketing machinery for corporations. Nevertheless, public-private partnerships can be designed in a fair and open manner. As practiced since many years, both sectors can help each other to open doors. As Craig Hayden reported, a well connected corporate communication and Public Diplomacy has created a new paradigm for diplomacy in the 21st century.

An example of what happens if two countries are confronted with the use of the same good for their external image can be demonstrated by a dispute between Lebanon and Israel. Fights about ownership have taken excessive forms in the so called “Hummus and Falafel War”. Lebanon and Israeli groups are going back and forth in setting a record for the largest plate of the chickpeas dip Hummus and fried Falafel chickpea balls. Both are criticizing each other for claiming the dishes as their own. In policy reality, both countries are officially at war. Lastly, products compete on an international global market. According to media reports, the hummus market is worth 1 billion U.S. dollars globally. 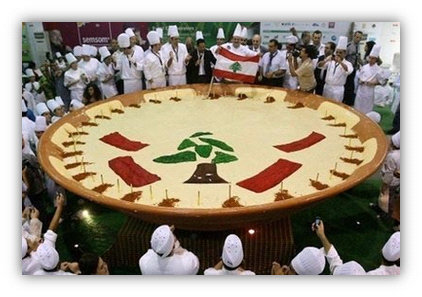 And what do countries do without a product? Particularly for young post-conflict, small, landlocked states, it is extremely difficult to position goods.

Kosovo, for instance, faces various economic difficulties. To advise the same strategies as industrial countries would be illusory. Instead, services and cultural events prove to be valid trademarks. However, the “Dokufest”, an international documentary and short film festival that is held every year during August in Prizren, Kosovo, is already attracting visitors from the region and beyond. In Croatia, the Zagreb School of Animated Films celebrated a revival after the Yugoslav Wars. After the political changes in 2000, Croatian cinema is back and developing a prosperous economy. Commentators even speak about a new Golden Era of Croatian cinema. 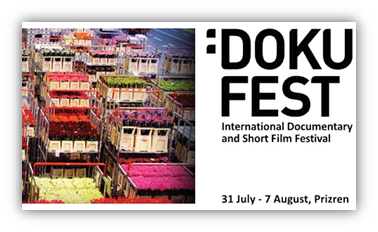 It takes much more than an airline and hazelnut trees to pursue successful public diplomacy – though they do not harm. Besides Olympic Games, World Cups, and World Fairs, diplomatic public-private partnerships are crucial soft power mechanisms to create synergies. As a question remains how far products can be ambassadors on their own. In any regard, facing a globalized world connected through international trade, the chances for exchange through and beyond corporate relations are immense.

Together with Behar Xharra, Martin Waehlisch is co-author of the Kosovo Public Diplomacy study, which will be published in the CPD Perspectives series in April 2011. Some of the mentioned comparative examples are elaborated on in the study.

Martin Wahlisch
CPD Blog Contributor
Senior Researcher, European University Viadrina and the Humboldt-Viadrina School of Governance
YOU MIGHT BE INTERESTED IN...