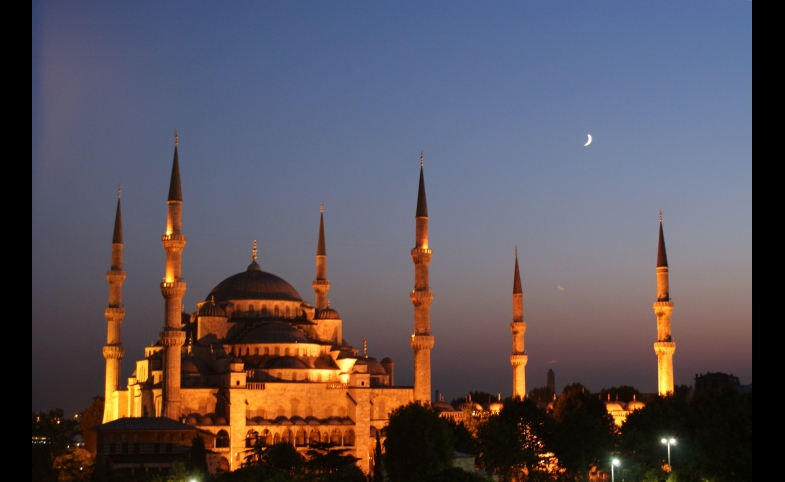 How Can Turkey’s Foreign Aid Be More Visible?

In a recent blogpost on Turkey's humanitarian aid, Evren Eken discussed the domestic component of Turkey’s humanitarian aid efforts and the motivations behind it. I would like to expand on Eken’s discussion in this blog.

Eken mentioned the repercussions of the fall of empires, which have had a deep effect on a number of former imperial powers in terms of politics and identity. These former imperial powers have been struggling to adjust to changes in the international system where they are no longer as significant as they once were. Turkey, as the successor of the Ottoman Empire, has to some degree the desire to make a comeback in the global political scene, and is an example of a broader trend amongst former imperial powers. As tools to achieve this desired global presence, foreign aid and humanitarian aid are part of the nostalgia-infused rhetoric that glorifies the “golden age.” The era of empire is presented in Turkish discourse as if the Ottoman Empire was the most benevolent state of its time, and as if the fall of the Empire (which is framed as a foreign plot) created a vacuum in the international system, negatively affecting Muslim communities. In other words, Turkey’s humanitarian and foreign aid have certain appeal to the public by connecting the aid with a glorified past and Islamic benevolence. Eken correctly points to this domestic appeal and how it factors into foreign and humanitarian aid motivations.

Aside from the domestic appeal, however, Turkey is generously donating and promoting change through humanitarian aid. According to the Global Humanitarian Index, in 2014 Turkey was the third largest humanitarian assistance donor, mostly owing to over 2 million Syrian refugees within Turkey. Turkey’s efforts in humanitarian and foreign aid have increased in the past years, but they still do not have sufficient global visibility.

If Turkey wants to be a shining example of aid-giving, it needs to focus on projecting its aid programs through communicative tools.

So how can Turkey improve its global presence in the world of foreign and humanitarian aid? Bureaucrats and government officials in Turkey often contend that foreign and humanitarian aid should be kept under the radar, distributed rather modestly. However, in reality, Turkey’s efforts are impeccably packaged for domestic appeal, while a more modest approach is taken in regards to global audiences. But a significant part of foreign aid in public diplomacy practice comes from promoting the work that is being done. If aid-giving is a component of a country’s foreign policy framework and foreign audiences are aware of this fact, then aid-giving becomes merely an activity to consolidate domestic political power.

However, there are ways that Turkey can be more effective in sharing its humanitarian aid efforts with the rest of the world.

International broadcasting would be a potentially effective tool in delivering the message and framing Turkey’s foreign aid. The recently launched TRT World can be advantageous if used effectively and in non-partisan ways. In addition, supporting international projects that tackle humanitarian aid and funding research projects through state and non-state actors could consolidate Turkey’s nation brand in this respect. Turkey could also provide research funding for relevant matters in U.S. and European institutions, either by establishing centers or providing small grants. Cooperating with international organizations would also help Turkey to share its experience and learn from these organizations. Lastly, Turkey lacks an internationally prestigious, non-partisan think tank, which could foster intellectual exchanges on humanitarian aid. Establishing or strengthening the international presence of Turkish think tanks through private or corporate funding.

By implementing some of these suggestions, Turkey could become a more significant actor, could perhaps be included in relevant studies on foreign aid by non-Turkish authors, and could shape discussions on humanitarian aid.

If Turkey wants to be a shining example of aid-giving, it needs to focus on projecting its aid programs through communicative tools. Nostalgic political discourse that glorifies the Ottoman heritage is not helpful in positioning Turkey as a major aid donor. Global audiences need more than nostalgic rhetoric to be persuaded by Turkey’s humanitarian efforts. Unless the experience is shared through creative channels, Turkey’s humanitarian aid will continue to matter only to Turkey’s domestic discourse.

The “Ethos Gap”: A Challenge or an Opportunity for Turkey’s Nation Brand? (Part 1)

Note: This blog is part one of a two-part series.  Public diplomacy scholars and practitioners frequently discuss the “say-do gap,” which refers to the discrepancy between discourse and actions. This discrepancy...

The global surge in refugees has left most of the financial burden on developing countries in volatile regions. According to the UNHCR, low- and middle-income countries play the greatest role in sheltering the world’s...