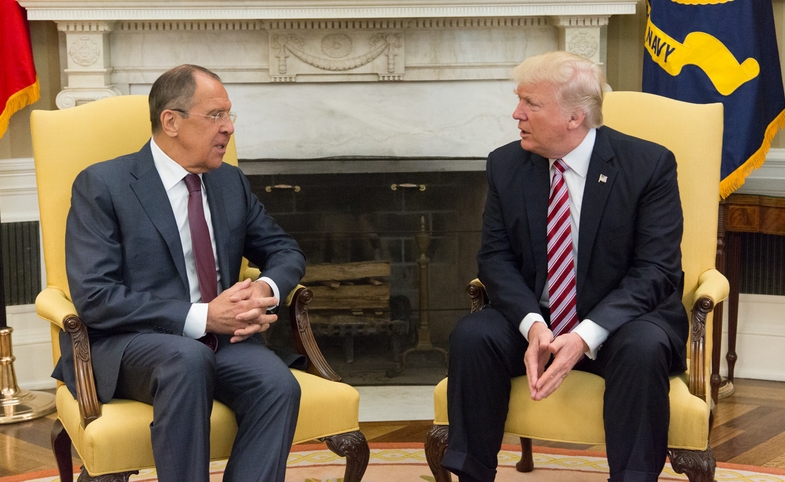 A couple of months back I asserted in a CPD Blog article that the Trump Administration has been manifesting an American soft power “of a dark, sinister cast,” “attractive to a disturbingly different audience” around the world than that drawn to the optimistic, liberty- and equality-affirming ideas, ideals, culture, politics, etc. traditionally identified with the United States’ international image. (N.B. I’ve since published an updated version in the Berlin newspaper Der Tagesspiegel, for those who want to practice their German.) I cited as a key component of what I now term U.S. “alt-soft power” Trump and Co.’s efforts at “legitimating Vladimir Putin’s authoritarian rule and Russia as a staunch defender of Western values.”

While I received plenty of positive feedback, I also faced questions from some colleagues about whether I’d gotten out over my skis as Donald Trump engaged in a series of abrupt policy shifts that seemed to erode my premise. For example, wasn’t America increasingly at loggerheads with Russia over Syria, and didn’t U.S. Ambassador to the UN Nicki Haley repeatedly say unpleasant things about the Putin regime? Wasn’t alt-right guru and Putin admirer Stephen Bannon ejected from his seat on the National Security Council and left a diminished political figure in the midst of his ongoing tussle with presidential son-in-law Jared Kushner? Was this not all indicative of a relief-inducing Trump administration move toward the center in foreign policy terms? Recent events make it clear that the short answer to that critical last question is an emphatic No. By implication, the preceding questions were distractions from, rather than indications of, the core truth.

Concerning the Stephen Bannon Sturm und Drang, while the Chief Strategist was seemingly on the back foot for a brief period, Bannon continues to retain his core job title and West Wing office. To be sure, God only knows what is going on behind the scenes at any given moment in the notoriously chaotic and rivalry-ridden Trump White House. But Bannon allegedly opposed FBI director James Comey’s politically disastrous dismissal by Trump over the Bureau’s ongoing investigation of ties between the Trump campaign and Moscow, while Jared Kushner supported it. Given the nuclear-level fallout from Comey’s firing that seemed to blindside the President, Bannon’s advisory stock with Trump has likely improved while Kushner’s has evidently declined. Sooner or later Bannon will resume trumpeting the ostensible prescience of Jean Raspail’s paranoid racist tract The Camp of the Saints and preparing for a violent Fourth Turning.

Defeat and humiliation would serve to short-circuit the alt-soft power emanating from Trump’s White House toward Europe, Asia, and other regions like the Middle East and Africa.

Which brings us to Trump’s genial Oval Office meeting with Russian foreign minister Sergey Lavrov and ambassador to the U.S. Sergey Kislyak, in which the Chief Executive blithely exposed a super-secret Israeli intelligence penetration of ISIS. Sigh. Suffice to say that Donald Trump’s laughing it up with Lavrov and Kislyak, helpfully documented by a Russian official photographer and distributed by TASS (no U.S. photographers were allowed into the meeting), and Trump’s subsequent spirited tweeted defense of sharing sensitive intelligence with the Russian diplomats, is a spectacular coup for Vladimir Putin. It underscores Russia’s legitimacy in the eyes of the U.S., Moscow’s actions in Ukraine and Syria be damned, and elevates the Russian leadership at the expense of democratic allies—contrast the near-over-the-top affability among Trump, Lavrov and Kislyak with Trump’s awkward or downright frosty photo-ops with figures like Britain’s Theresa May, Canada’s Justin Trudeau, and most dramatically German Chancellor Angela Merkel.

We are left to wonder why Donald Trump is so recalcitrant in his pro-authoritarian, anti-liberal-international-system positions, when they are exacting a terrible, and potentially fatal, political cost. To properly answer that question requires a special prosecutor (see below), if not a mind reader. But we can find some compelling evidence in Trump’s longstanding First Principles. In 1987, when Steve Bannon was an anonymous and presumably apolitical mid-level figure at Goldman Sachs, Donald Trump took time out from his already high-profile New York real estate business to publish, at the then-astronomical cost of $100,000, a full-page advertisement in The New York Times that bluntly asserted, “America should stop paying to defend countries that can afford to defend themselves.” He would make a similar point in a 1989 television interview: “The United States is being systematically ripped off by many of the wealthiest countries in the world” including West Germany and Japan, as well as Saudi Arabia and other free-riders. And in his infamous 1990 Playboy magazine interview Trump would not only once again indict West Germany and other “so-called allies….making billions screwing us,” he dismissed Mikhail Gorbachev’s “extraordinary weakness” in the face of protests while fulsomely praising the Communist Chinese leadership’s brutal crushing of the Tiananmen Square protests: “They were vicious, they were horrible, but they put it down with strength.” Anyone who has been looking for Trump to moderate his views is playing a fool’s game—they are simply too deeply and sincerely held.

So now what? To once again quote my earlier CPD piece: “If Donald Trump rapidly falls out of favor with the bulk of the American electorate….he could be rendered a political loser in short order and tossed out of the White House, taking foreign policy Trumpism down with him. The 2018 and especially 2020 elections will be pivotal in this regard.” Defeat and humiliation would serve to short-circuit the alt-soft power emanating from Trump’s White House toward Europe, Asia, and other regions like the Middle East and Africa.

Indeed, even as I write this article former FBI director Robert Mueller has just been appointed as Special Counsel to investigate the Trump-Russia relationship. Observers as varied as conservative Republican U.S. senator John McCain, centrist former White House staffer David Gergen, and liberal legal analyst Jeffrey Toobin are likening Trump’s increasingly dire situation to Watergate. While no one can predict how all this will play out, it may be that we won’t have to wait until 2020 to see Donald Trump removed from the presidency. For the sake of America’s tattered global reputation and the health of the beleaguered international system, we can only hope for Trumpian alt-soft power’s speedy and utter discrediting.