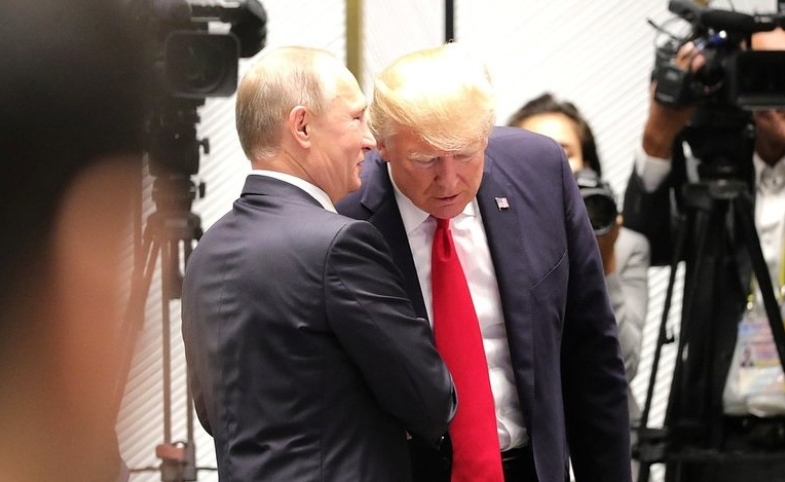 As Presidents Donald Trump and Vladimir Putin prepare for their one-on-one summit on July 16, what expectations do the Russian people have for its success—and for U.S.-Russia relations more broadly?

Last week, the Russian pollster VCIOM conducted a nationally representative telephone poll of 1600 Russians (+/- 2.5% margin of error) on their views about the forthcoming summit and U.S.-Russia relations. The poll paints a mixed picture of how Russians view the United States and this diplomatic opportunity.

The majority of Russians have a poor view of the current U.S.-Russia relationship, with a sizable majority (58%) describing it as “strained” or “hostile” (Figure 1). This view has noticeably worsened over the past year when in July 2017, a significantly smaller portion of the Russian public (40%) felt the same. In fact, last July, a quarter (25%) of the Russian public described U.S.-Russia relations as “amicable,” “good,” or “normal” compared to 10% of Russian who feel the same today. 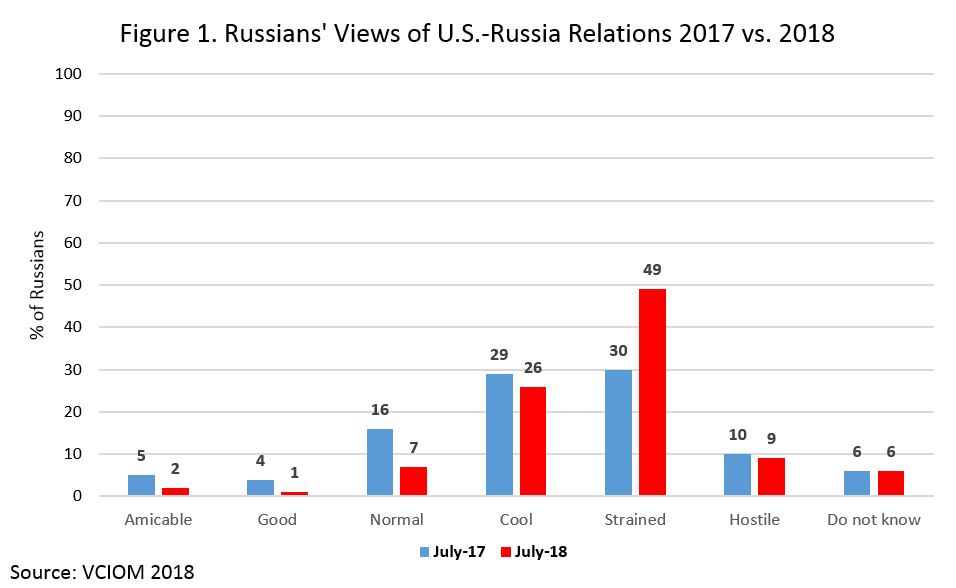 Even though Russians have a more negative view of U.S.-Russia relations, their overall opinion of the U.S. has improved, at least in comparison to its low point during the 2014 Crimean Crisis (Figure 2). 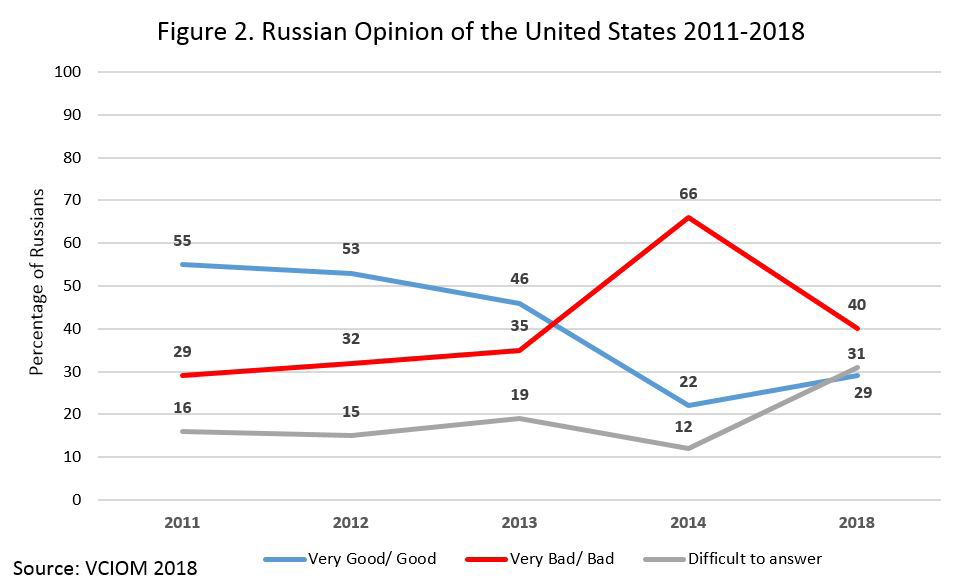 Jump forward to 2018, and Russian opinion of the U.S. has improved, though many still feel ambivalent about the U.S.

Ironically, just as positive opinion of the U.S. has been on a minor upswing in Russia since 2014, negative opinions about Russia within the United States have hit a historical high according to a February 2018 Gallup Poll. Today, 72% of Americans have a “very unfavorable” or “unfavorable” view of Russia—the highest in 30 years of Gallup polling on the topic.

The majority of the Russian public is realistic about the poor state of the American-Russian relationship and either negative or ambivalent in their opinion about the United States—despite improvement since its low point in 2014.

In this opinion environment, therefore, what expectations do Russians have for the Trump-Putin summit? They are best described as tepid—one-third (33%) of poll respondents believe the summit will have positive results for Russia, but a majority (56%) believe that nothing significant will come of the meeting. Similarly, most Russians (54%) believe the current state of U.S.-Russia relations will not change in the next two to three years, compared to a quarter (25%) of Russians who are optimistic that they will improve, and nine percent who believe they will get worse.

In sum, the majority of the Russian public is realistic about the poor state of the American-Russian relationship and either negative or ambivalent in their opinion about the United States—despite improvement since its low point in 2014. A sizable portion of the Russian public believes the summit will produce positive results for Russia, though most are skeptical that anything meaningful will come of it.

In this context, the Russian public is cautiously open to a “deal,” and if the summit produces any meaningful benefits for Russia—or exceeds admittedly low expectations for Russians—Russian public opinion about the U.S. should see a sizable positive upswing. On the other hand, if Trump and Putin do not produce any meaningful deals, or if the summit is viewed as a failure, the Russian public will largely blame Trump and the U.S., most likely pushing views about the U.S. back down toward 2014 levels.

One question on the VCIOM poll demonstrates this potential for blaming the United States. Respondents were asked about the goals of each leader for the summit: whether each aimed to “produce solutions to problems in our [U.S.-Russia] relations and the rapprochement of our two countries” or to “strive to strengthen their country's position at the expense of the other.” Almost two-thirds (62%) of Russians believe that Putin wants to solve problems between the U.S. and Russia and create a better relationship. In stark contrast, almost three-fourths (71%) of Russians believe Trump’s primary goal at the summit is to strengthen the position of the U.S. at the expense of Russia.

However, in the end, the Russian government may decide to supersede the reality of the summit with its own framing. The state-controlled Russian news media will control the narrative about the summit and influence Russian public opinion in the direction it desires.

If the Kremlin decides that it is in its own best interest to show Putin winning meaningful concessions from Trump and making a deal that benefits Russia, then the summit will be a success. Alternatively, if the Russian government believes it is more politically advantageous to show a strong Russian president ready to make a deal, only to be spurned by a weak, capricious, and/or self-interested Trump, then it will be a failure on the United States’ part.

Thus, the Russian media narratives that emerge post-summit will provide insights to where Russian public opinion about the U.S. and its relationship with Russia will move next. Nonetheless, no matter the outcome, Putin comes away from this summit with greater esteem in the eyes of the Russian public and his power enhanced, while all the risk is for Trump and America’s image—both in Russia and globally.

Image courtesy of the Official Internet Resources of the President of Russia.