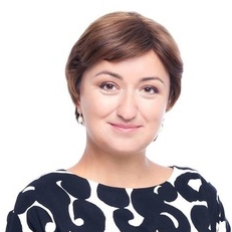 Olga has extensive research and teaching experience. She has conducted more than 100 opinion research projects for organizations such as the World Bank, the European Commission, the United Nations, Cambridge University, University of Pennsylvania, BBG, Bloomberg, Thomson Reuters, and Asahi Shimbun. Her teaching record includes instructing graduate- and undergraduate-level courses at leading universities in Austria, Germany, Italy, Russia and the United States.

Besides her research and teaching background, Olga has dedicated more than 15 years of her career to work as a director of communication and marketing, press officer, journalist, media editor and consultant, as well as often providing interviews and commentaries to international media (e.g., CNN, Financial Times, The Wall Street Journal, Bloomberg, Reuters, ZDF, BBC).

Her research interests include political psychology, public diplomacy, international communication, public opinion, and post-communist politics. During the past five years, she has allocated more than $1.5M in external funding for her research projects.

Among her hobbies are foreign languages, traveling, opera music and the history of art.