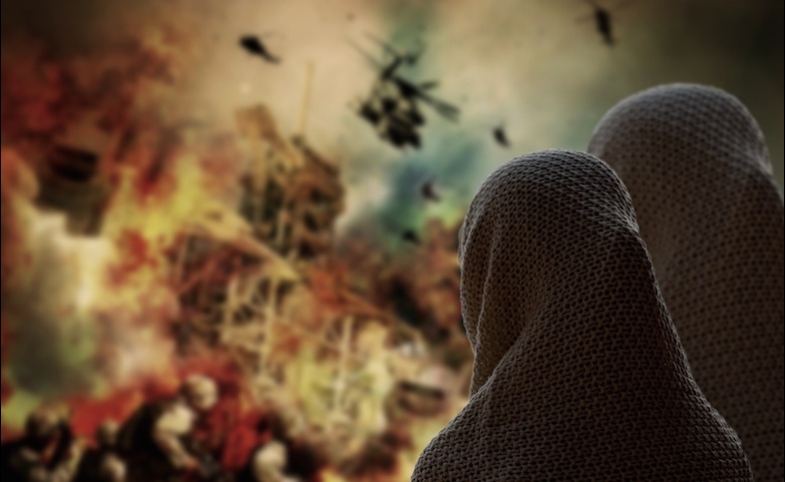 Doing nothing when war crimes are committed is immoral. It is also bad policy.

But a response to war crimes such as those perpetrated by the Syrian regime of Bashar al-Assad must be more than a display of righteousness; it must become an element of a broader foreign policy initiative.

This is the challenge facing the Trump administration after the missile strike launched by the United States following the chemical weapons attack on civilians in the Syrian town of Khan Sheikoun. Assad, bolstered by his Russian and Iranian enablers, believed he could cross “red lines” without worry, thanks in part to the incoherent Syria policy of the Obama administration. Trump proved him wrong.

But now that Trump has jumped into the pool, he must show that he can swim. This means devising and articulating principles that will guide the United States in dealing with the many facets of the Syrian war, including combating terrorist organizations such as Islamic State and Al Qaeda, and deciding how forcefully to seek to remove Assad from power.

Also, U.S. policymakers must convey this nation’s resolve to the rest of the world. The audience is not just Assad and his pals in Moscow and Tehran, but also people across the globe who have been horrified by the ongoing tragedy of Syria. This is an opportunity for the United States to define its role in a world in which violence, especially within states, proliferates.

“America first” as the foundation of U.S. foreign policy is unsettling to those who have viewed the United States as the ultimate defender against crimes such as those committed by Assad. Trump now has an opportunity to move beyond simplistic slogans and define a more realistically complex view of U.S. responsibilities and how he will fulfill them.

U.S. policymakers must convey this nation’s resolve to the rest of the world. The audience is not just Assad and his pals in Moscow and Tehran, but also people across the globe who have been horrified by the ongoing tragedy of Syria.

Assad should realize that he cannot commit war crimes and hope that no one will notice. In today’s media environment, reports about Syria are increasingly accessible. Residents of Khan Sheikoun, population about 50,000, used YouTube and other social media venues to provide graphic visual evidence and testimony about the gas attack. This material was available to all – ambassadors to the United Nations and individual information consumers – and was effective in offsetting the Assad regime’s denials. Even Russia, with its sophisticated and far-reaching information dissemination capabilities, found that its mix of “journalism” and conspiracy theories gained little traction. Social media allowed the world to see the victims and hear their voices.

Some may argue that the missile strike was meaningless American muscle-flexing that will have no effect on the outcome of the Syrian war. That is correct in that a few dozen missiles cannot change the course of a six-year-old war, but the U.S. response was far from meaningless.

Consider the alternatives: doing nothing or relying on the United Nations Security Council, where Russia would veto any anti-Syria measure. Instead the United States sent a message that not only is chemical warfare unacceptable, but also that America will not stand by and watch war crimes being committed. Regardless of how Assad responds to this display of hard power, America taking a stand strengthens this country’s soft power.

Soft power is part of the foundation on which public diplomacy – reaching out to global publics – is built. Soft power is based on attraction, not coercion, and as part of U.S. foreign relations it relies upon admiration for American values. That power of attraction recedes when the United States simply watches war crimes being committed, and it grows when the United States takes action in support of the victims of those crimes.

That said, the value of a single act – even one as dramatic as unleashing Tomahawk missiles – will soon dissipate. Consistency is crucial if soft power is to be a true asset. Defining and standing by American values – that is the Trump administration’s next test.