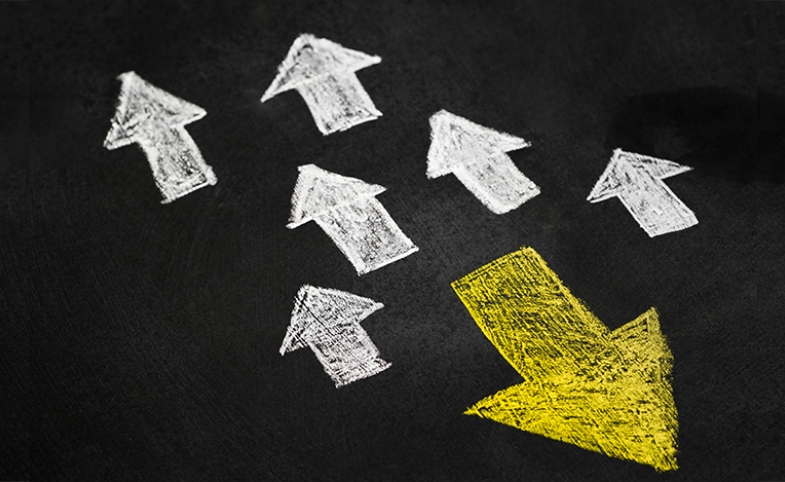 Note from the CPD Blog Manager: This is part one of a two-part essay based on a talk, “Narratives, Propaganda and 'Smart' Power in the Ukraine Conflict,” that the author delivered at Johns Hopkins University, SAIS Europe, Bologna, Italy on April 28, 2022. Read part two here.

All commentators agree that this is a 'hybrid' war. This means that alongside all the traditional military firepower, we see in action every imaginable form of propaganda, information, disinformation, misinformation, overt and covert, aimed at domestic audiences, international audiences and all those directly involved at every level.

But in the Ukraine conflict, propaganda is most distinctively born out of political, historical and cultural narratives.

In 2019 the distinguished Russia specialist Angela Stent warned that even before the Russian invasion of Crimea in 2014, “[t]he dueling narratives have, in the past few years, become deadly.” The Kremlin views Ukraine’s international orientation as an existential question, Stent explained. Ukrainians feel the same, involving their “continued sovereignty and existence[.] ... Russia’s recent actions have helped unify what was until recently a Ukrainian identity divided between East and West.”

The Clash of Narratives in Ukraine

In May 2022, the Slovenian philosopher Slavoj Žižek wrote, "[S]imply trying to prove that Russian claims are false misses the the point made by Aleksandr Dugin, Vladimir Putin’s court philosopher: ‘Post-modernity shows that every so-called truth is a matter of believing. So we believe in what we do, we believe in what we say. And that is the only way to define the truth. So we have our special Russian truth that you need to accept.'"

One version of this truth was offered in 2016 by a Russian economist and commentator, Mikhail Khazin, who stated that Ukraine has “several million people [not loyal to Russia]” who “need to be partially eliminated and partially squeezed out. He added, "'New Russia'" (the territories from Kharkiv, Odessa, Zaporizhzhia and Dnipropetrovsk) “should be joined to the Russian regions, with full denazification, deukrainization. ... [and that Russia should institute a] “complete ban on Ukrainian fonts, Ukrainian texts, programs on [the] Ukrainian language, on teaching Ukrainian—i.e. completely. … [These implementations will cause a] “surplus population—let the surplus population go to the [Russian] Far East.”

In a recent piece on Politico.eu, an outfit called Newsguard reported that it has tracked 236 Russian sites spreading disinformation about the war. Putin’s personal, tortured rewriting of the entire story of Ukraine’s indissoluble place in Russian history reached its climax with a 5,000-word essay published in July 2021. His conclusion:

"I am confident that true sovereignty of Ukraine is possible only in partnership with Russia. Our spiritual, human and civilizational ties formed for centuries and have their origins in the same sources, they have been hardened by common trials, achievements and victories. Our kinship has been transmitted from generation to generation. It is in the hearts and the memory of people living in modern Russia and Ukraine, in the blood ties that unite millions of our families. Together we have always been and will be many times stronger and more successful. For we are one people."

So were there no authentic Ukrainian-born narratives before the Russian invasion? In a collection of brilliant essays stretching from 1970–1997, published under the title Russia, Ukraine and the Break-Up of the Soviet Union, the exiled Ukrainian political scientist Roman Szporluk explained that as early as the 1920s—after the newborn Soviet Union had recognized the independent status of Ukraine—a Ukrainian communist writer Mykola Khvylovy had produced a 10-volume history of the nation. But Szporluk pointed out that it had only been published in the 1990s.

In 1992, Szporluk already warned that Ukraine’s declaration of independence after the collapse of the USSR might lead to war. He wrote, the “old Soviet-descended élites ... especially in military ... are pursuing the goal of empire restoration” and that many of them “admit that for some people the only way to secure the rights of Russians outside the Russian Federation is to bring those republics back into the empire ... Crimea is on the current agenda ... Moscow needs to accept the legitimacy of Ukraine’s independence.” Szporluk added, “Russian politicians need to understand that ... any attempt by Russia to bring Kyiv, or Ukraine as a whole back under Moscow’s control would meet with fierce resistance: a Russian-Ukraine war, whatever its outcome, would doom democracy in Russia as well as in Ukraine.” This is 1992 speaking.

Vivian S. Walker, Executive Director of the U.S. Advisory Commission on Public Diplomacy, wrote that in 2014 after Moscow’s seizure of Crimea and recognition of “separatist” statelets in eastern Ukraine, Kyiv responded with a powerful counter-narrative of freedom and resistance, captured in the slogan, “Heaven Admits No Slaves. Glory to the Heroes.” Walker also noted that “Ukraine’s Ministry of Information filled a critical information gap about the ground war by initiating regular press briefings, enabling domestic and foreign media access to the conflict zones, facilitating direct broadcast of Ukrainian television and radio content to the occupied territories, and developing Crimean-Tatar language news programming.” Going forward, Walker concluded, “We must make space for Ukraine’s story, now, in its moment of peril.”

Volodymyr Zelenskyy’s form of wartime public diplomacy is a brilliant synthesis invented by a master communicator. As Friedrich Nietzsche wrote in The Will to Power:

“The great man is conscious of his power over a people, and of the fact that he coincides temporarily with a people or with a century—this magnifying of his self-consciousness as causa and voluntas is misunderstood as "altruism": he feels driven to means of communication: all great men are inventive in such means.”

But the entire Ukraine saga is the most radical test yet seen of Professor Joseph S. Nye’s judgement of 2011 in his Future of Power: “Conventional wisdom has always held that the state with the largest military prevails, but in an information age it may be the state (or non-states) with the best story that wins.”

Nye went on to show how winning stories were essential ingredients of his conception of “smart” power: “the combination of the hard power of coercion and payment with the soft power of persuasion and attraction.” But does Zelenskyy’s inventiveness add up to “smart” power as understood by Nye? Part 2 of this discussion will look at Ukraine’s version of “smart” power today and its relevance to the conceptions of public diplomacy emerging from the war in Ukraine.