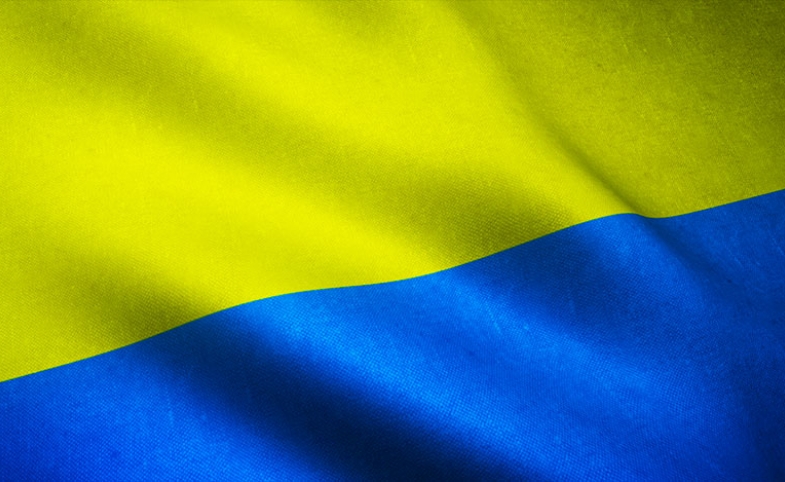 Note from the CPD Blog Manager: An earlier version of this article appeared in Ukrainian Weekly on February 17, 2022. It has been adapted for publication in English by the author with editorial input from CPD Faculty Fellow Vivian S. Walker, who, in her capacity as Executive Director of the U.S. Advisory Commission on Public Diplomacy, assesses U.S. government public diplomacy programs, to include those that counter state-sponsored disinformation.

Since the beginning of the most recent escalation of Russian aggression, my colleagues and I at the Ukrainian Institute have received messages of alarm almost daily from our foreign partners, with whom we are planning dozens of cultural and public diplomacy projects in Europe and the United States. They ask: "Are you safe?" "What is the situation in the country?" "Will our projects take place?"

The last time I received such a flurry of messages was in the dark days of February 2014, during the Revolution of Dignity, when the people of Ukraine successfully ousted a repressive regime of Victor Yanukovych. Now, while thanking my contacts for their expressions of sympathy and concern, I wonder, what are they learning about Ukraine from the international media? How is the story about my country’s past, present and future being told?

The answer, I’m afraid, is not well enough.

First, what little most foreigners know about Ukraine is riddled with stereotypes. Recent research on international perceptions of Ukraine commissioned by the Ukrainian Institute in Europe, the U.S. and Japan indicates that our country is most often associated with Russia and conflict, with Chornobyl and nuclear disaster, with beautiful women and borscht, with traditional embroidery (vyshyvanka) and the Euromaidan. The lack of historical and cultural knowledge of Ukraine only serves to perpetuate these reductive associations.

Cultural diplomacy, stories about modern Ukraine told in the language of cinema, literature, music, art or theater, support for Ukrainian studies at foreign universities, media partnerships, cooperation with think tanks and analytical centers—these efforts can make our voice heard in the world.

Then, media stories often fail to provide the historical and cultural context essential to an understanding of the current conflict. It is impossible to understand the current crisis without discussing Ukraine’s historic role in the European project, Russia’s dependence on Ukraine’s heritage and the authenticity of Ukrainian culture. For example, a recent Washington Post article on the Russia-Ukraine conflict compresses a thousand years of Ukrainian history into a couple of sentences, completely missing the nuance of the relationship between the two countries and setting the stage for a distorted understanding of the current situation.

Along the same lines, a recent article in Le Monde on the “crisis in Ukraine” does tells a relatively balanced and informed story that acknowledges key milestones in the two countries’ intertwined history. However, it also cites the infamous article by Vladimir Putin, “On the historical unity of Russians and Ukrainians,” without presenting a genuine counter-argument to Putin’s nonsensical claim that there is no such thing as a Ukrainian nation. Ultimately, the Le Monde article subtly (and unhelpfully) repeats Russian narratives about the "voluntary" formation of the Soviet Union and the claim that Ukraine did not “exist” as a modern country until 1991, assertions that effectively wipe out centuries of Ukrainian statehood.

Another concern to note is that editors and journalists often resort to frequently used terms to describe the crisis, without examining their true meaning. For example, the overwhelming use of the terms “Ukrainian crisis” or “Ukraine crisis” in nearly every external story about the conflict effectively shifts the rhetorical focus from Moscow to Kyiv, and, in so doing, suggests that Ukraine, rather than Russia, is responsible for security tensions in Europe. This is a Russian-made crisis that is turning into a Russian-made war. It is time to say so.

Finally, it must be acknowledged that international media and think tank analyses of the Ukrainian situation are largely driven by external political and economic interests. Geopolitical competition, security alliances, reflections on the future of transatlantic relations and negotiations between heads of state—these themes dominate the news about Ukraine, rather than stories about its people, its culture and its history.

As a consequence, in most of these otherwise responsibly sourced and researched stories, Ukraine emerges as a voiceless, faceless country, described, variously, as a ‘hot spot on the map of Europe,’ a ‘stumbling block to regional and global security,’ or a ‘battleground of great powers.’ Few reports break out of what is an essentially colonial mindset and actually bother to investigate the broader cultural and historical context that defines modern-day Ukraine—and sets the stage for the current conflict.

The devaluation of Ukraine’s identity and agency in the international media via the perpetuation of stereotypes, overused and under-examined word choices, and the rhetoric of geopolitical self-interest ultimately play directly into the hands of the Russian narrative about a weak and unreliable Ukraine. But much can be done to correct this negative image by providing thorough, unbiased, diverse and expert knowledge of Ukraine.

Our task at the Ukrainian Institute is to make this knowledge as interesting and accessible as possible. Cultural diplomacy, stories about modern Ukraine told in the language of cinema, literature, music, art or theater, support for Ukrainian studies at foreign universities, media partnerships, cooperation with think tanks and analytical centers—these efforts can make our voice heard in the world. And as Russian troops invade Ukraine, now more than ever our story must be told.

Popularizing the Ukrainian Language through the Audio-Guide Project 2

One of the key factors in implementing cultural diplomacy direction within the Ukrainian Ministry of Foreign Affairs’ Framework of Public Diplomacy Strategy, adopted in March 2021, is popularization of the Ukrainian...

In today’s world, communication is key to success. Millions of people have instant access to information and social media, all of which can make or break your brand in a couple of minutes. As the proverb goes, reputation...

Public diplomacy has always been an essential part of NATO’s mission.  NATO (the North Atlantic Treaty Organization) understands that in order to keep our people safe and to protect the values we hold dear – democracy,...