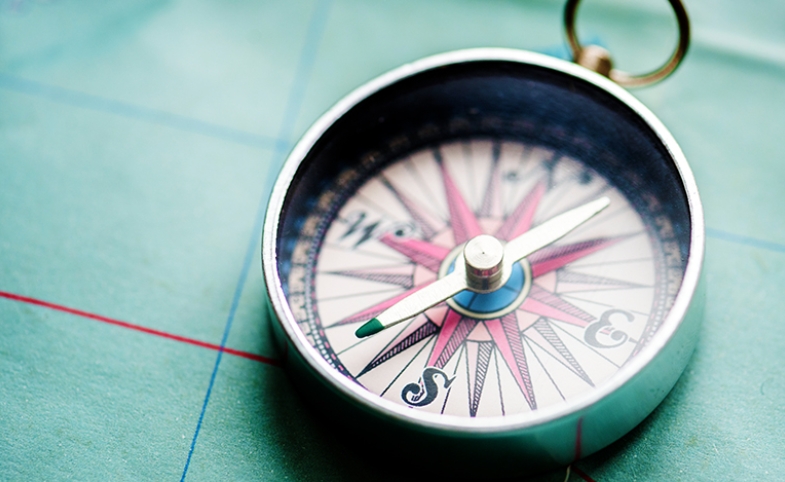 Out of the Pandemic: Guiding Principles for Soft Power & Public Diplomacy

Those working in the fields of public diplomacy, cultural relations and international engagement are unlikely to experience another disruption equal in scale and duration to that of the COVID-19 pandemic. Its all-encompassing nature and universal impact put diplomats—and indeed all people—to a severe test. Yet reflecting on the mood and tone of discussions across a series of seven global roundtables organized for our recently published research paper, "Socially Distanced Diplomacy," we need not despair.

Without question, the pandemic has shifted the operating context for diplomats, the subsequent challenges are daunting, and the structures underpinning multilateral cooperation are under strain. However, the roundtable discussions held for our research project carried a reassuringly resolute tone, as participants shared experiences and ideas to help identify the current challenges, sketch out potential ways to meet them, and ultimately push the development of public diplomacy forward as the world emerges from the pandemic.

"Socially Distanced Diplomacy" was designed to take a broad, sweeping look at how and where the pandemic has had an impact on soft power and the practice of public diplomacy. We recognize that events are still very much in flux, which means it is still too early to draw definitive conclusions from the experience of the pandemic. As such, it would be premature to put forward detailed, overly prescriptive recommendations on how public diplomacy practitioners must adapt now. Moreover, diplomats in different countries will face varying operational constraints and priorities. However, from the insights gained through our series of roundtables, our recent report put forward five broadly applicable guiding principles aimed at helping to find a way forward for the practice of post-pandemic public diplomacy.

The first guiding principle is to prepare for a hybrid future. The various tools and platforms of public diplomacy will need to be overhauled to incorporate both live and digital elements in new and adaptive ways. Our roundtable groups were unequivocal in their insistence that in-person, people-to-people meetings are the most effective for building relationships and creating trust. However, digital platforms have opened up opportunities for new conversations, new participants and new ideas over the course of the last year. Hybrid engagement platforms should lead to more inclusive exchanges, particularly when regular international travel is likely to remain a logistical challenge in the near term.

The second guiding principle is the need to both ramp up and overhaul the practice of “listening” in public diplomacy, which arguably is more important than ever. As digital communication platforms have proliferated, so too have ways to listen, with better tools and more data available to foreign ministries. But the pace of advancements in digital communications and analytical tools has raced ahead of governments’ ability—and willingness—to adapt accordingly. Foreign ministries and their diplomatic missions would benefit immensely from the better and faster interpretation of signals from relevant data so that they can modify communications accordingly. This is essentially about combining improved capability with greater agility: listening quickly, analyzing quickly and acting quickly. Better listening tools, backed by more sophisticated data analytics, should also help diplomats to engage more effectively with broader and younger audiences, a recurring theme in several roundtables.

Foreign policy—and by extension public diplomacy—is being run largely through 20th century organizational designs. Without significant structural change, MFAs will struggle to adequately address the challenges set out in our full report.

For democratic countries—and especially the United States and United Kingdom—linking foreign policy back to the home front is the third guiding principle. This issue was raised most forcefully by American and British roundtable participants. The need to better link citizens and domestic policy to foreign policy has become a major talking point in foreign affairs circles, and rightly so. Going forward, governments need to prioritize and overhaul the mechanisms for engaging the public on foreign policy and public diplomacy. In the development of foreign policy, there needs to be greater cross-government coordination that links citizens’ economic prospects and day-to-day lives with international priorities and global affairs. Likewise, political leaders need to do better in communicating to citizens the importance of engaging with the world in a productive manner. Finally, as part of this drive, citizens and civil society should be encouraged and empowered to contribute more to the public debate on foreign policy and play a more active role in the delivery of public diplomacy programs—essentially expanding opportunities for citizens to engage internationally.

The fourth guiding principle is to put partnership at the center of all future public diplomacy initiatives. An operational shift to a default of partnership in all engagement programs is a necessary response to two factors. First, falling levels of public trust in government make heavy-handed, banner-waving engagement attempts much less compelling, and thus less effective than approaches with a lighter touch delivered with local partners. As a basic principle of strategic communications, third-party advocates are always more compelling messengers than embassies or governments themselves. Second, many traditional partner organizations—cultural bodies or civil society organizations—have been in stasis during the pandemic and will likely need to work with partners who have the resources to accelerate a much-needed return to normal operations. To bring this principle to life, public diplomacy practitioners will need to eschew any temptation to pursue one-way, broadcast-like programming and operate more of a collaborative platform with local partners.

Admittedly, this last guiding principle calls for a significant amount of work. Moreover, it will apply differently to any given country’s architecture of international-facing departments and central government. But organizational change in pursuit of more effective public diplomacy—and ultimately better foreign policy and international outcomes—is critical. This was a point repeatedly raised by participants in our roundtable series.

The operating context facing governments and their diplomats has moved on rapidly over the last decade. The pandemic has only accelerated the prevailing technological and geopolitical trends driving this change. The upshot is that the organizational structures in most MFAs are woefully out of date. Foreign policy—and by extension public diplomacy—is being run largely through 20th century organizational designs. Without significant structural change, MFAs will struggle to adequately address the challenges set out in our full report.

It is important to say that "Socially Distanced Diplomacy" should be read as the first offering in a sustained program of research. The aim of this project was to provide an initial assessment of the impact of the pandemic on global soft power, identify the emerging challenges to public diplomacy practitioners, and begin to sketch out the changes required to adapt effectively. Owing to the complexity and wide-ranging nature of these lines of inquiry, this report was never going to produce a definitive set of detailed recommendations. Our aim going forward is to explore the issues raised above in greater thematic and geographic detail.

The guiding principles above will hopefully provide a constructive foundation for further research in the field and inspiration for tangible action on behalf of practitioners. At a minimum, they should serve as a useful point of departure for further debate on how public diplomacy practitioners can best navigate a post-pandemic future.