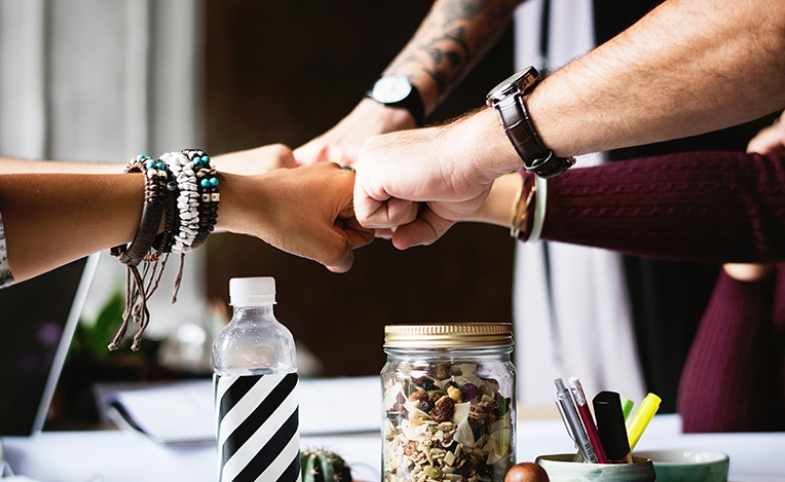 Diplomacy as a practice is as old as when people began interacting with estranged others. Down to its cores, diplomacy entails performance of established communication and representation practices to maintain peace between estranged polities. I define people-to-people (P2P) diplomacy as intentional, political, and transboundary communication-based interactions between groups of people for public, rather than private interests that have or aim to have foreign policy implications. This definition excludes P2P interactions which are non-diplomatic, e.g. pure international exchanges which do not have political objectives or relevance to foreign policies, or anti-diplomatic, e.g. warfare activities.

In this post, I want to introduce a typology of P2P diplomacy based on two dimensions, visualized in the table below. The first dimension identifies whether the P2P initiatives aim to have political influence via bottom-up or top-down processes. Top-down refers to political initiatives that began from leadership level and aim to involve the publics ex post; whereas bottom-up refers to initiatives that began at grassroots level aiming to bring about political change at the leadership level.

While some of these exchanges are initiated by governments, governments’ roles are limited to designers, initiators, facilitators and catalyzers of these exchanges. Most of these processes – interpersonal communication, relationship building, socialization and co-constitution of identity formation – happen outside of government control. These exchanges aim to create political outcomes in a top-down fashion – governments deliberately using their constituents to achieve their foreign policy goals.  On the other hand, it is the people themselves who typically initiate P2P exchanges, not simply to have interactions with their counterparts, but to also shape political processes in a bottom-up fashion, one step at a time, and to have an aggregate impact.

The second dimension in the typology identifies whether these initiatives are complementary, supplementary or adversarial to home government’s direct public diplomacy activities.

Complementary model refers to P2P activities which are in line with home country’s foreign policy goals and that complement its other public diplomacy activities. Government-initiated exchange programs, particularly long-term ones, fall under top-down complementary box, while similar private programs that have objectives paralleling that of home government’s fall under bottom-up complementary box.

Supplementary model refers to P2P activities which fill the vacuum created by the absence of formal public diplomacy activities, potentially, but not necessarily, due to adversarial relations between the home country and target countries. Top-down supplementary programs can include government-initiated or supported P2P exchange programs in adversarial countries where the home government’s official representation is limited. For example, the South Korean government cannot organize regular public diplomacy events in North Korea as it does in other countries. This creates a vacuum. Government-sanctioned P2P exchanges along the border, while limited, can work as a proxy to supplement public diplomacy objectives of South Korea in North Korea. Similar P2P programs that are initiated by the people themselves with the people of adversarial nations are examples of the supplementary bottom-up category.

Last, but not least, the adversarial model refers to people’s initiatives that challenge the images and/or policies of governments by engaging and communicating with people transnationally. Adversarial model is, necessarily, bottom-up. The best example of this box is the transnational advocacy networks’ boomerang pattern through which civilians aim to indirectly influence policies of governments by employing various tactics. Furthermore, some non-state actors may also want to  alter or challenge certain images or identities about their country opposing their home government's policies due to their discontent with the image or policies their government is projecting.

I regard top-down public diplomacy initiatives that one way or another involve domestic citizenry as P2P initiatives despite government’s designing and sponsorship of these programs. It is because interpersonal communication and relationship formation processes and the outcomes of these processes happen outside of government’s direct control.

While there are  examples of mediated P2P diplomacy, most often it involves interpersonal communication between people from estranged groups. There is consensus in the recent literature on public diplomacy, also known as new public diplomacy, that the long-term dimension of public diplomacy is mainly about building and managing relationships with strategic stakeholders.

All relationships are social and require the agency of individuals for these relationships to be sustainable. Note that people are agents of certain structures, such as ministries, embassies and societies, and  this agency also has constitutive effect in practices of agents and outcomes of these practices. Relationships are built and maintained by and between people, sometimes on behalf of organizations, but not directly with entities or countries unless in a metaphorical sense. While official public diplomats can and do build relationships with foreign strategic stakeholders, more often than not government’s role in relational public diplomacy initiatives is limited to designing and facilitating interpersonal interactions between home and foreign publics, while it is the people who build and maintain these relationships.  Non-state actors and domestic stakeholders are better equipped to build and maintain social relations, in part due  to high opportunity and maintenance costs. Civilians often have no power asymmetry vis-à-vis other civilians in their interactions, making their communication and contact more effective and sustainable.  People across boundaries more often have “close, direct, experiential, and sociological” communication with one another in their interactions rather than “distant, mediated and superficial” communication through culture, media and the international news.

Table 1: A Typology of People-to-People Diplomacy

Poland, Ukrainian Refugees and the Power of People-to-People Ties

Poland has been universally praised for welcoming over 2.5 million Ukrainian refugees since the Russian invasion began on February 24, 2022. What is less well known is the central role that countless civil society groups,...