Home|Public Diplomacy in Montenegro: An Important Matter for NATO 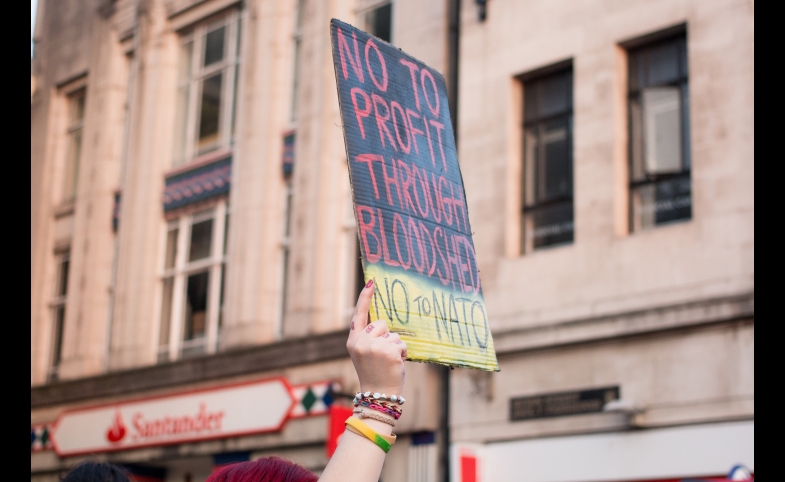 On December 1, 2016, 28 NATO Allies agreed to invite Montenegro to begin accession talks to become the twenty-ninth member of the Alliance. The accession process is scheduled to take 12-18 months and will be finalized when all Allies have ratified the accession protocols which are then deposited in Washington, DC.

What is so important about this particular decision is not only that Montenegro is the first country invited to the join the Alliance since the Bucharest Summit in April 2008, but it is also the first country to join NATO that was subject to its military operations in the 90s, during the bloody dissolution of the former Yugoslavia.

In his op-ed published in the Montenegrin media the day after the invitation to launch the accession talks, the Secretary General of NATO Jens Stoltenberg outlined the necessary reforms for a successful completion of the accession talks. These include further strengthening the rule of law and fighting corruption as well as the need to build public understanding of NATO membership and support.

And this is where Montenegro has some catching up to do. In September, 2014 the NGO CEDEM carried out opinion polls to measure the level of public support for NATO membership: only 35% of the Montenegrin public voted in favor of the NATO membership and 45% were against. In November, 2015 a slight increase was noted with 36.5% for and 36.2% against. The latest polls were taken by the DAMAR agency in January, 2016 which found 44.9% of citizens in favor for NATO membership and 38.9% against. The incremental increase can be attributed both to the strong public information campaign carried out by the government of Montenegro and the positive announcement on the launch of the invitation.

These numbers are important as they provide a glimpse of the difficulties and sensitivities a country faces when joining a political-military Alliance. Misperceptions and low level of understanding about NATO’s role contribute to such feelings expressed by citizens.

Public diplomacy efforts by NATO and its allies in Montenegro are therefore of immense importance in this wider geopolitical game.

Many of the previous candidate countries faced the same skeptical audience at the beginning of their accession process to NATO. Slovenia and Croatia, two of the former Yugoslav republics, joined NATO in 2004 and 2010 with a slight majority of citizens supporting the membership, despite the fact that both governments conducted a fairly intensive campaign to boost awareness about NATO and its benefits.

In addition to citizens’ usual misperceptions about NATO, such as the loss of sovereignty, presence of military bases, target for terrorist attacks, etc. several historical and national grievances in the case of Montenegro add to the low perception of NATO. As explained above, Montenegro as part of the Federal Republic of Yugoslavia in March, 1999 was subject to the NATO air campaign against the regime of then-president Milosevic. While the damage and casualties were considerably smaller in Montenegro than in Serbia, six civilians including three children were killed in an air strike in the northern village of Murane on April 30, 1999. The past is difficult to overcome.

Another actor in the NATO enlargement debate is Russia and its opposition to NATO enlargement, which has increased after the annexation of Crimea in 2014. The role of Russia and its propaganda in the Western Balkans is played out through direct or indirect support of local media, anti-NATO political parties and NGOs, as well as through the Serbian Orthodox church. In Montenegro, approximately 29% of the population identifies as Serb. The Russian narrative therefore focuses on highlighting the Slav and Orthodox brotherhood and victimization of the Orthodox population by the West.

After the official launch of the NATO invitation, Russian efforts to disrupt the NATO membership of Montenegro have intensified. Already on November 20, 2015, the Russian Duma adopted a statement strongly opposing Montenegro’s membership. In response to NATO’s invitation on December 2, Moscow sent several messages to Montenegro and NATO: President Putin’s spokesperson Dmitry Peskov stated that Moscow will look at possible retaliatory measures against Montenegro, and the spokeswoman of the Russian Ministry of Foreign Affairs, Maria Zakharova, warned that the invitation will only further complicate relations between Russia and NATO.

Public diplomacy efforts by NATO and its allies in Montenegro are therefore of immense importance in this wider geopolitical game in which Russia seeks to prevent any further NATO enlargement in the Western Balkans. While the Montenegrin government has the leading responsibility in demonstrating to its citizens the benefits of joining the Alliance, other partners have worked hard to support the government in its quest.

NATO’s Public Diplomacy division has a dedicated program to support Montenegro’s accession to NATO. Activities and grants supported by NATO include important visits to NATO Headquarters in Brussels, Belgium for key opinion-makers, parliamentarians and academics to provide a first-hand insight into the life of the Alliance. Press tours for Montenegrin media to key NATO events are conducted by the Press and Media office of NATO. Grants to support educational projects and important public debates on key aspects of NATO and its membership are awarded to local outlets, with NATO officials explaining the citizens the benefits but also responsibilities of such a membership.

NATO assisted twelve of its newest Allies in preparing their citizens for NATO membership through a strong public diplomacy program. It will continue to do so in Montenegro until it finalizes its accession process and becomes the 29th member with solid public support and an understanding of NATO.

Photo by Anna Beswick I CC 2.0