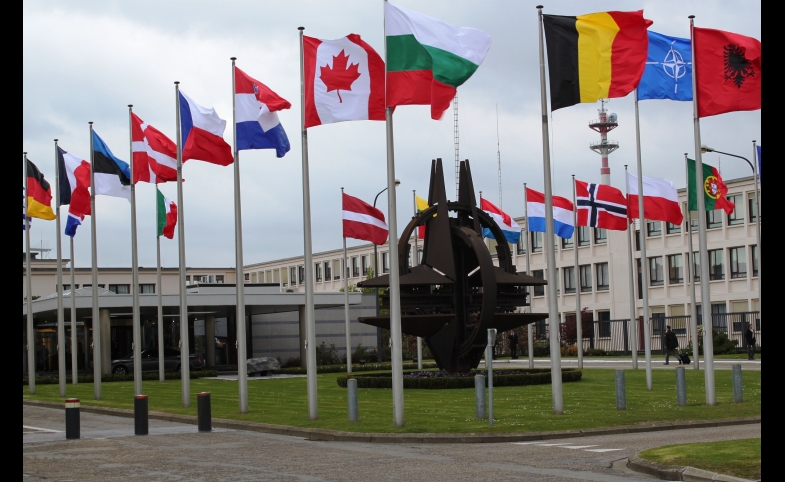 In a recent post on the CPD blog, Prof. Corneliu Bjola analyzed NATO's social media presence. The results of his analysis suggest that NATO's Twitter account is a bubble of sorts, as it is followed mainly by users from NATO member states. Most importantly, NATO has yet to attract an important target audience: Russian Twitter users.

Bjola's analysis was limited to NATO's main Twitter account (@NATO). However, one may conceptualize NATO as not just a military alliance but also as a diplomatic network in which various actors and institutions all work towards achieving similar goals, be it safeguarding the independence of Baltic states, the promotion of democracy, or the curbing of Russia's enthusiasm for a larger sphere of influence. Thus, NATO's social media presence may also be conceptualized as a network consisting of Twitter accounts operated by missions to NATO, NATO officials and NATO military institutions. Analyzing members of this online network may more accurately measure NATO's ability to burst its own bubble and reach Twitter users outside its core areas of activity (i.e., Europe, North America).

In order to explore the full reach of NATO's social media presence, I analyzed the geographic dispersal of Twitter users following missions to NATO (e.g. the Canadian mission to NATO). This was achieved by using the Twitonomy and FollowerWonk applications. As can be seen in the images below, I found six missions to NATO that attract a global following, including Russian Twitter users. These are the UK, the U.S., Canada, Denmark, Sweden and Estonia. 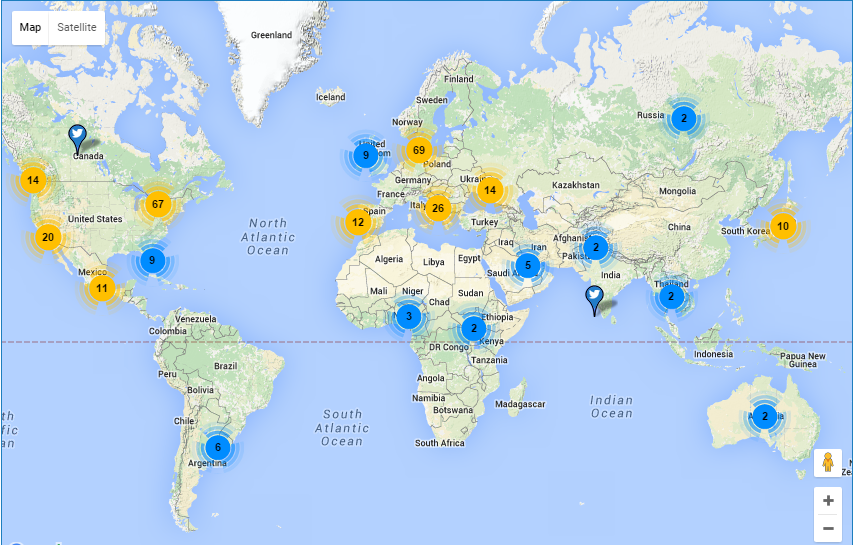 However, it should be noted that as was the case in Bjola's analysis, most NATO missions attract a limited number of global followers and the majority of their audiences are located within NATO member states.

The results of this analysis suggest that through its online network, NATO has begun to burst its bubble and to reach Twitter users in Russia, Latin America, Asia and Africa.

Additional members in NATO's network are officials who operate social media accounts. As part of my analysis, I evaluated the geographic reach of three Twitter accounts: @NATOPress (used by NATO's spokesperson), @NATOdsg (used by NATO's Deputy Director General) and @NATOmoscowR  (the Russian language channel of the Acting Director of the NATO Information Office in Moscow). The results may be seen in the three figures below. 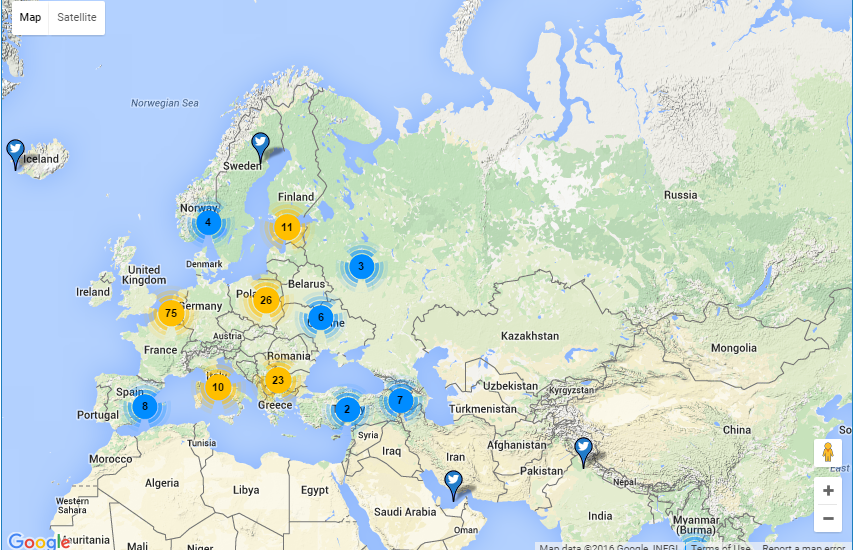 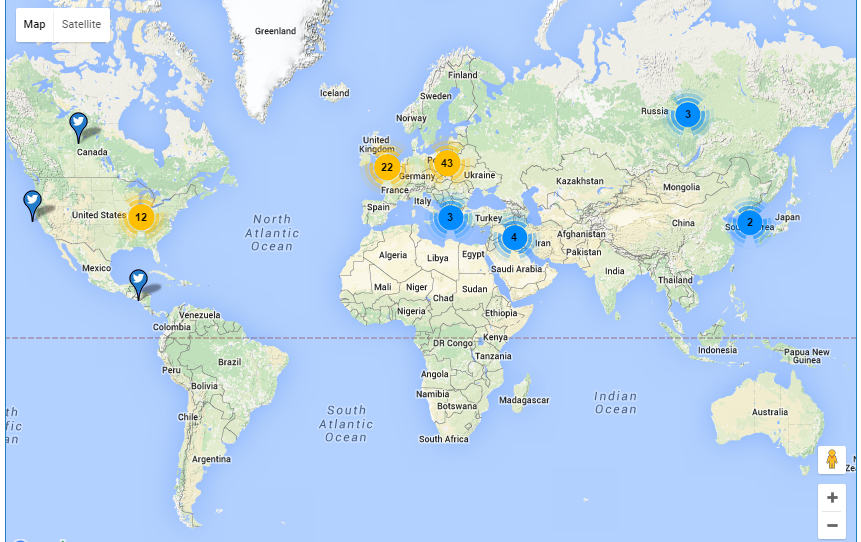 As shown above, all three Twitter accounts are able to attract an important target audience, Russian Twitter users. That said, the global reach of these accounts is quite limited, and as was the case with NATO's Twitter channel, most followers still originate from Europe.

The final participants of NATO's online and offline network are its military institutions. My analysis focused on two such institutions that are active on Twitter and have a large number of followers. The first is SHAPE, the Headquarters of Allied Command Operations, one of NATO's two strategic military commands. The geographic location of its followers, seen in the image below, includes Twitter users in Russia, Africa, and Asia.

The second military institution I analyzed was NATO's Allied Joint Force Command (@NATO_JFCBS).  As shown in the image below, it too attracts a global following that includes Africa, South America and Asia.

This post attempted to build on Corneliu Bjola's recent analysis of NATO's online bubble. It argues that NATO should be conceptualized as an offline and online network that consists of diplomatic missions, officials, and military institutions. The results of this analysis suggest that through its online network, NATO has begun to burst its bubble and to reach Twitter users in Russia, Latin America, Asia and Africa. However, the global reach of NATO's Twitter network remains limited and most of its followers are located in its member states.

Following Bjola's post, we must now ask how NATO can best use digital diplomacy to reach global audiences. One answer lies in adopting a strategic digital diplomacy model that builds on NATO's existing online assets. Rather than investing resources in new Twitter channels in Russian or Spanish, or new Twitter accounts targeted at African or Middle Eastern countries, NATO can implement a networked social media strategy which should include missions to NATO, NATO officials, and its institutions.

Networked social media campaigns can focus on NATO's core activity, its multilateral diplomatic initiatives, and its response to the growing concerns of Baltic States. The content of such campaigns, including hashtags, multimedia, and infographics could be tweeted through the network in its entirety, thus reaching a truly global audience. NATO may also have its officials partake in Q&A sessions hosted by missions to NATO who have already established a global online presence. Such a strategy would utilize NATO's assets and perhaps even increase the global reach of its online network.

Photo by Utenriksdepartementet UD I CC 2.0