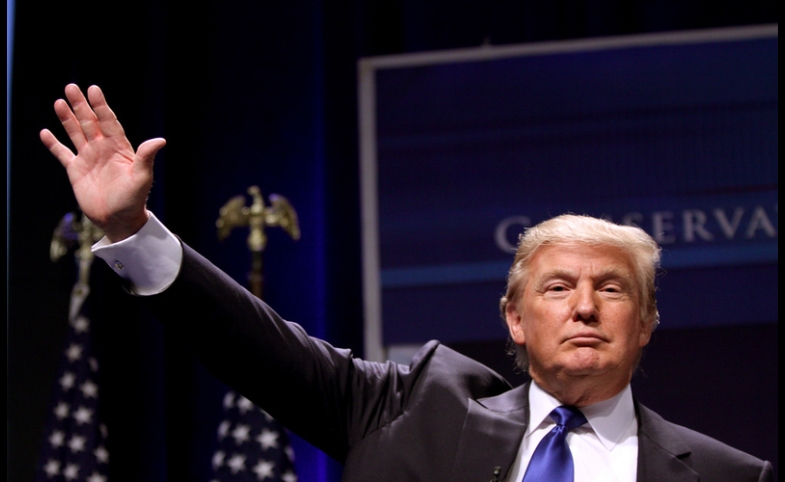 As the new president-elect prepares to take office, traditional analysts scramble to prepare policy papers on their public diplomacy recommendations. In keeping with the twist of the Trump candidacy, it seems fitting to turn the tables and see what insights public diplomacy may glean from the Trump run. Social media, emotion, and identity are redefining traditional strategies, and Trump has exploited these shifting communication dynamics.

Trump’s social media strategy of bypassing traditional media was aptly captured by a political cartoon of Trump throwing a football labeled “social media” over the grasping hands of reporters and into the open arms of a voter. Elite media has long been the gatekeeper, political agenda setter, and narrative battlefield. Public diplomacy cannot rely on elite media the same way it did before. Yet, on an equally important note, public diplomacy cannot try to use or harness social media to do the job that elite media once did. Social media is more than a tool; it is an environment and experience.

Public diplomacy might think of the iPhone as a technological metaphor for how communication has become personalized. All politics is personal. However, social media enables people to express and participate in politics – each in his or her own way. Mass media era politics relied on organized politics as a means of amplifying one’s voice. In a landscape of limited communication outlets, there was competition to be heard. With a social media landscape of plenty, communication is about expression and connecting with others.

Communication scholar Lance Bennett called "personalized politics" one of the most notable trends in the first decade of the 21st century. He labelled the phenomenon “Do-it-yourself” politics. For public diplomacy, one doesn’t “appeal” to these personalized political networks, one joins. It’s not about winning, but participating.

Emotion may be the single greatest jolt to the pragmatic rationalism of diplomacy. The tradition of rhetoric has left a legacy of crafting reasoned arguments to win debates. Logos was the superior appeal over pathos. But no more.

"Post-truth," Oxford Dictionary's 2016 word of the year, captures the political climate in which truth has become a meaningless currency of political debate. However, emotion is much more than pathos or an instrument of persuasion. Emotion is the currency of connectivity and identity in an era of globalization. Trump rallies were emotional contagions. To concentrate on emotion-as-influence is to miss how emotion operates as self-expression and self-identity in personalized politics.

Emotions herald the freedom of self-expression in the social media landscape. Think Trump tweets. Public diplomacy may still be in a mass media era of carefully crafted messages or strategic narratives.  Authentic expression and strategic communication would seem to be at odds with each other, as authenticity shuns the idea of "audience." But it is not about appealing to others or self-promotion, it is about self-expression. Authenticity is real. Unfiltered. Say-it-like-you-feel-it.  Dismiss the “political correctness.” Being diplomatic may mean being politically correct without appearing strategic.

Traditional soft power resources—culture, ideas, values, policies—may be attractive to a rational actor. The power of attraction for most humans is shared emotions. Emotions are the glue of human relations. Social media provides both a tool and a landscape for sharing emotions.

On social media, emotions become an identifying factor – “that’s me!” People recognize themselves in the emotions of others. Emotions also become a mirror for self-identifying with others: “Wow, they are angry like me. I must be one of them.” The emotional debate over immigration and refugees was about drawing the fault lines of shared identity.

6. Death of the Target Audience

In the wake of Hillary Clinton’s defeat, observers proclaimed the death of identity politics, or the strategy of crafting separate appeals to Latino, African-American, or women voters. Yet, while the death of identity politics gained traction in explaining the defeat of one candidate, the rise of “white identity” gained popularity with the victory of the other candidate. The paradox may yet be another social media blow to mass media campaign strategies, which relied on segmenting and targeting audiences in fixed, identifiable categories such as demographics (age, gender, income), geo-cultural (Muslim, Asian), or ideological (Right, Left) groups. Emotionally self-identifying publics are fluid. They don’t think of themselves as “audiences,” but as political participants free to cross boundaries or shift alliances. Angry-like-me is not an “audience” one appeals to, but responds to.

In a communication landscape of rising emotions, fluid self-defining publics, and social media undermining the roles of traditional media and political institutions, the “new” public diplomacy is rapidly become very old, very fast. The road ahead is not about “promoting” national interests or “competing” with other states to “win” the most hearts or minds. That’s what it may look like on the surface because that is what counted in strategic communication. Then, the goal was influence.

Communication survival is now about response. States are not in control of the media. They are not in control of the communication dynamics. Publics have turned the tables. States will be challenged to respond in emotionally charged scenarios, as Seib portends in The Future of #Diplomacy. States cannot not respond. But how they respond can dramatically boost—or undermine—years of carefully calibrated strategic communication in a social media nanosecond.

Responding effectively yet appropriately calls for a quantum leap from listening—as Nicholas Cull has been advocating for a decade—to perspective taking, to ultimately empathy. Empathy is particularly pivotal in crises. The election campaign may have highlighted the value of crude empathy, or the ability to resonate with the emotions that separate and divide. The public diplomacy lesson ahead is how to draw on the emotional power of empathy to navigate and negotiate identity fault lines in the global political arena.

* The research on social media and emotion is part of an ongoing “Diplomacy 21 Project” of the Stiftung Wissenschaft und Politik (SWP)/German Institute for International and Security Affairs.

Photo by Gage Skidmore I CC 2.0