Home|No Respite on Social Media After ISIS Attacks in Paris 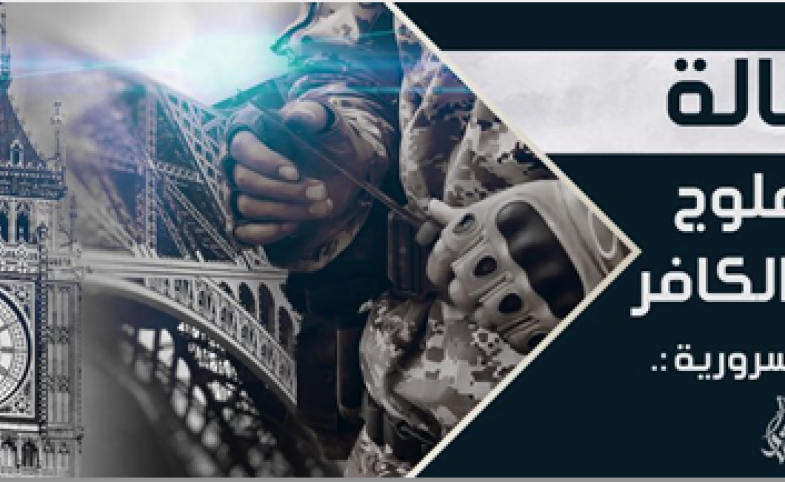 At this pivotal moment, the U.S. counter-messaging operation “is in disarray,” according to Will McCants, a Middle East scholar at the Brookings Institution. A recent report has surfaced questioning US social media strategy against ISIS only months after a previous memo reported in the New York Times concluded:

that the Islamic State’s violent narrative — promulgated through thousands of messages each day — has effectively “trumped” the efforts of some of the world’s richest and most technologically advanced nations.

These conclusions echo the findings of research published in October 2014. This is a far cry from wildly optimistic appraisals that appeared in September 2014, in which at least one journalist claimed their research had revealed:

It's very clear now that Twitter suspensions have seriously degraded IS ability to game hashtags and distribute content.

Even this year, the same commentators have questioned the “purported resilience” of the ISIS social network, regardless of the uninterrupted, large-scale and ongoing content dissemination.

For those charged with the responsibility of challenging ISIS online, grappling with ISIS strategy is an important, foundational, aspect of any response. The way ISIS has capitalized on the attacks in Paris on November 13, is a clear demonstration of the way the Internet is used to promote and justify such attacks.

As Nico Prucha recently outlined, within ten days of the attacks, ISIS had published at least 12 videos justifying the assault on Paris. These videos form part of ISIS strategy to target English, Arabic and Francophone audiences with a coherent and tightly defined ideology which claims absolute hegemony for ISIS as the only valid representatives of Sunni Islam.  A deep analysis of the messages encoded in recent ISIS videos can be found in this presentation by Nico Prucha at the International Center for the Study of Radicalization and Political Violence (ICSR)

As has been observed in many previous studies, hashtags on Twitter were an important beacon in the distribution of information and content – alongside Telegram, Justpaste.it, Isdarat, Youtube and Shortwiki. This multiplatform zeitgeist, combined with the agility of the media mujahedeen, means that users can rapidly share content and disperse information before platform owners and those seeking to produce ‘counter narratives’ can take action. One result of these network behaviors is that event-specific hashtags emerge and fade away rapidly, due to the speed at which the Media Mujahedeen operates.

In this instance, users opposed to ISIS tried to prevent information dissemination by flooding the hashtags used by the Media Mujahedeen. This meant the volume of tweets containing the hashtag was much higher than just those produced by ISIS sympathizers. Despite these attempts to flood hashtags with anti-ISIS content and to suspend the accounts of known ISIS supporters, the Media Mujahedeen and ISIS sympathizers were able to disseminate their content.

The ability to communicate is evident when we consider, as discussed in a previous post, the relational aspect of ISIS content dissemination. Here the network graph of retweets contains a few loose clusters of a few “influential” users who are retweeted by users who only engage with a single user in the network. In contrast, there is one cluster that has a more decentralized or dispersed structure where the level of interconnection provides greater resilience. This is the cluster which includes ISIS supporters and Media Mujahedeen. 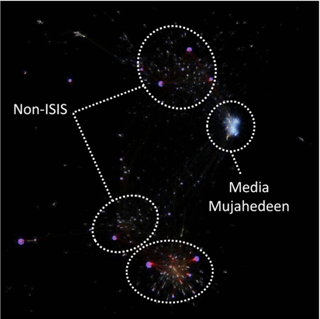 Communication through a dispersed system is much more resilient and allows the network to continue to function despite the loss of contact with important nodes. The ability to remain connected was also evident in the ability to disseminate links both by Twitter and Telegram. The data on the sharing of URLs to known ISIS content, via Twitter, echoes earlier findings about the importance of rapid dissemination. ISIS sympathizers were still able to locate and share content rapidly even in the face of suspensions and attempts to flood hashtags.

For example, in the aftermath of Paris, Justpaste.it and Shortwiki were used to aggregate locations where videos were stored and encouraged individual users to adopt specific tactics to disseminate links to this content. Apart from the YouTube link, content on these links remained available for at least 10 days after the attacks. As the U.S. government, and the State Department specifically, reshuffles personnel (again) ISIS and other Sunni extremist groups continue to disseminate their content.

It is possible to think of spikes in social media content as mostly noise or even to suggest that most of it is produced by bots – on Telegram and Twitter – rather than humans. However, as discussed previously there are good reasons to believe much of the content sharing is the result of human behavior. Furthermore, a few users sharing content is one thing, but large numbers of internet users choosing to click on the links and view that content is an indication of the impact of the ISIS multiplatform strategy and the success of that strategy in disseminating content.

Just one of the post-Paris videos, officially titled No Respite in English, indicates the scale of the challenge ahead. The video title in Arabic La tanzirun translates as “don't wait.” In combination with the image of a fighter resting his foot on “America” it is intended to communicate that ISIS is ready to fight U.S. forces on the ground and is effectively asking “bring it on ... what are you waiting for?”

This video, available in multiple languages, has been downloaded or viewed approximately half a million times across multiple postings on Archive.org alone. The video is also available at time of writing on Liveleak, Videopress, and YouTube. While some may believe they have “anecdotally seen IS’s social network become less cohesive,” the dissemination of content since Paris2 cautions against planning public diplomacy and wider counter-strategies based on such optimistic interpretations of ISIS' dissemination capacity. The media mujahedeen have adopted a multiplatform strategy with system-wide emergent structures and collective behaviors. This allows them to operate through a dispersed network which constantly reconfigures, much like the way a swarm of bees or flock of birds constantly reorganizes in mid-flight.

This highlights that ISIS is attuned to fighting netwar in the Information Age, and also highlights the need for those charged with challenging ISIS online to develop the next generation of strategy based on a realistic understanding of the content ISIS produce and how that content is disseminated. These next generation strategies must be able to challenge the netwar inspired, user curated Swarmcast which has thus far ensured a persistent presence of Jihadist content online.

All media provided by Ali Fisher