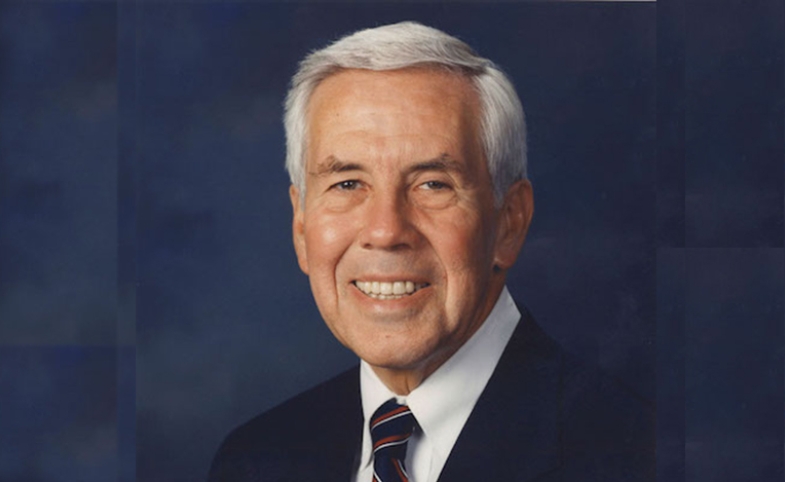 They were heady days indeed in Washington. It was late February 2003, the week before the United States would lead a military invasion into Iraq that would topple the Iraqi leader Saddam Hussein and plunge the country and region into a downward chaotic spiral.

I remember entering the U.S. Senate chamber and taking my seat next at the speakers’ table for the hearing. The first U.S. Undersecretary of State charged with U.S. Public Diplomacy after the 9/11 attacks and veteran advertising executive Charlotte Beers had just concluded her testimony. Beers would resign the following week. U.S. public diplomacy efforts were faltering mightily in the same region the U.S. military was poised to enter.

Before I could fully register where I was, my desk mic came on, along with a five-minute timer. I looked up, and there he was: Senator Richard Lugar. The Senator Lugar, Chair of the powerful U.S. Senate Foreign Relations Committee—and my public diplomacy hero. Yes, public diplomacy.

I had been called to testify on this thing called “public diplomacy.”

At the time, public diplomacy was still so new that most referred to it as “the battle for hearts and minds.” What exactly public diplomacy was, no one seemed to know. Yet, it was second to the military offensive and that made it critically important to U.S. national security. How it worked—that was another mystery. But answering those questions was Senator Lugar’s mission and goal.

The PD community owes him a debt of gratitude. Before there was the USC Center on Public Diplomacy, there was Senator Richard Lugar.

Over the course of several years, Senator Lugar’s repeated hearings on public diplomacy laid a critical foundation in first elevating public diplomacy as a foreign policy tool. And then, through the testimonies of expert witnesses and officials, he helped fuel discussions and debate on what was becoming the nascent academic field.

In the immediate aftermath of the attacks, with passions running high, U.S. public diplomacy rolled out its mass media arsenal. It was massive. Firsts came a printed “Factbook,” translated into several languages distributed to multiple countries. Then an innovative Arabic radio station, Al-Sawa (Arabic for “together”), that was designed to woo Arab youth with American pop music and a dose of U.S. news. The youth loved the music but dissed the news. Then came another attempt to woo Arab youth with a glossy lifestyle magazine, Hi!. The catchy title was aimed at starting a conversation. NOT.

After officials discovered that Arab publics were getting most of their news from television, U.S. public diplomacy launched the massively expensive U.S. satellite television channel Al-Hurrah (Arabic for “the Free One”). In a region awash with state-owned media, launching a foreign state-owned media and calling it “free” somehow seemed like a good idea at the time.

To make matters worse, Osama bin Laden, the alleged mastermind of the 9/11 attacks, was seen as winning or “out-communicating” U.S. public diplomacy with videos from his supposed hide out in Afghanistan. Anti-American sentiment was not only intensifying in the Arab world, but was spreading across the Islamic world from West Africa to East Asia.

How was that possible?

Senator Lugar’s piercing observation—how could the U.S. be a giant in the field of communication, yet all thumbs in communicating with foreign publics? That irony was the spark that ignited my own research and passion in public diplomacy.

This month, as the remembrances for his contributions continue to pour in, Senator Lugar’s work on public diplomacy stands out prominently. The PD community owes him a debt of gratitude. Before there was the USC Center on Public Diplomacy, there was Senator Richard Lugar. His passing last month was a loss. But his pursuit for understanding of this thing called public diplomacy was our gain. Thank you, Senator Lugar.