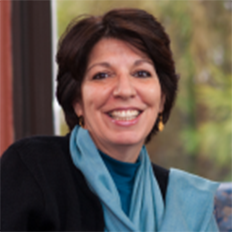 R.S. Zaharna is a Professor of Public Communication in the School of Communication, affiliate associate professor in the School of International Service at American University in Washington, D.C. and a CPD Faculty Fellow. She specializes in intercultural and international strategic communication. Her public diplomacy research interests are in culture and relational approaches (networks and collaboration). In addition to more than twenty years of teaching strategic communication, she has advised on communication projects for multinational corporations, governments, and international organizations, including the United Nations, World Bank, and NATO. Since 9/11 she has testified on several occasions before the US Congress and has addressed diplomatic audiences and military personnel in the United States and Europe on strategic communication and public diplomacy. She has authored numerous articles and more than a dozen book chapters, including three for major handbooks: Routledge Handbook of Public Diplomacy (2008), The Global Public Relations Handbook: Theory, Research, and Practice, (Routledge, 2009), and Sage Handbook on Intercultural Communication Competence (2009). Her recent book, Battles to Bridges: U.S. Strategic Communication and Public Diplomacy after 9/11, discusses the United States communication efforts aimed at winning hearts and minds in the Arab and Islamic publics.

Zaharna is a Fulbright Scholar (West Bank 1996-1997). She received her undergraduate degree in Foreign Service from Georgetown University and master’s and doctorate degrees in communication from Columbia University.

From 2011-13, Zaharna was a CPD Research Fellow. Her research project for the Center is titled, Exploring the Cultural Underbelly of Public Diplomacy.