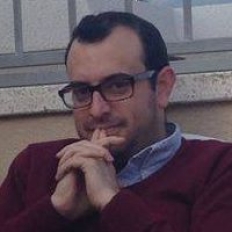 Ilan Manor is a digital diplomacy scholar at the University of Oxford. Manor’s work situates the study of diplomacy at the intersection of diplomacy studies, media studies and sociology. His 2019 book, The Digitalization of Public Diplomacy (Palgrave Macmillan) evaluates how the norms and values of the digital society impact the working routines of diplomats around the world. His 2016 monograph, Are We There Yet: Have MFAs Realized the Potential of Digital Diplomacy?, investigated the digital diplomacy models adopted by the Israeli, Polish, Finnish and Norwegian foreign ministries. Manor’s work on Selfie Diplomacy evaluates how foreign ministries use social media to create a national persona online. Manor has also researched networks of diplomatic institutions online; the use of images by the Israeli foreign ministry during the 2014 Gaza War and how states may use digital platforms to play the two-level game of diplomacy. He has contributed chapters to the books Digital Diplomacy: Theory and Practice and Countering online propaganda and extremism: The dark side of digital diplomacy. Manor has also contributed to several publications including The Hague Journal of Diplomacy, The Cambridge Review of International Affairs, Media War and Conflict, Place Branding and Public Diplomacy and Policy & Internet. He blogs on matters relating to digital diplomacy at www.digdipblog.com.