Home|The Metaverse and Its Impact on Public Diplomacy 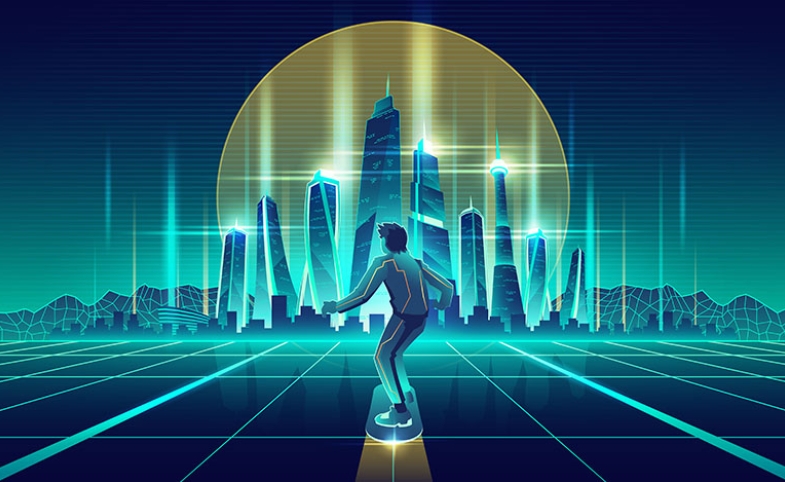 The Metaverse and Its Impact on Public Diplomacy

The term "metaverse" has become commonplace ever since Mark Zuckerberg announced that Facebook would henceforth be known as "Meta." Presently, the metaverse is only a vision. It is a roadmap guiding the activities of tech companies around the world. At the most basic level, the metaverse will be a second plane of existence. Imagine living simultaneously in two worlds: one physical and the other virtual. While commuting to work in the physical plane, you may meet friends for coffee in the virtual plane. Thanks to computer-brain interfaces, you will be able to smell the coffee beans in the virtual café, hear the conversations from nearby tables and even touch the fine oak tables. These two planes will coexist in realtime, and you will be able to move seamlessly between them.

The metaverse will serve as a virtual layer that complements the physical world. Imagine that one can enter a store in the physical plane while simultaneously visiting a second store, located in the same place yet in the virtual plane. This means that fashionable streets around the world will be duplicated. You will physically enter H&M on London’s Regent Street while at the same time entering a pop-up store in the virtual plane. The world will be doubled. That’s double the space and double the real estate. The metaverse will thus constitute its own fully functioning economy in which individuals may buy or sell products and services. One could, for instance, become a metaverse real estate mogul.

COVID-19 offered a glimpse of what the metaverse might look like as museums and art galleries across the world created immersive digital experiences that replaced physical visits. During the pandemic, digital publics could virtually visit the Palace of Versailles or stroll through Japanese manga exhibits. Like cultural institutions, some governments have already begun working on a national metaverse. The government of South Korea, for instance, has teamed up with local IT companies to create immersive environments in which pop culture may be consumed.

The vision of the metaverse raises fundamental questions for those practicing public diplomacy. First, will governments join this vision or act against it? Will the governments of China or Russia strive to create their own metaverse, which they may control in terms of content, commerce and surveillance of users? This has already happened with present-day technologies, as authoritarian governments have created tightly controlled “splinternets.” Such is the case with the Chinese internet, which is surrounded by a Great Firewall that prevents Chinese internet users from accessing forbidden, Western websites.

Lastly, what international regulations will the metaverse require? New rules for freedom of online speech? New guidelines regarding what kind of data may be gathered and sold? Indeed, companies operating the metaverse will be able to collect biometric data on users ranging from emotional states to blood pressure, DNA and fingerprints. Will this data be up for sale as is the case with digital data presently gathered by social media companies? The lax regulation of social media and the pervasiveness of hate speech online suggest that the metaverse will be a lawless plane at least in its early days. As governments lag behind the tech sector, the international conventions of the metaverse may only be debated once the metaverse exists.

Yet the metaverse may also prove useful to diplomats, especially in terms of negotiations. Through fully immersive environments, diplomats from around the world may gather and negotiate face-to-virtual-face. Global summits in the metaverse will have an added benefit in terms of climate change as diplomats will not need to leave their capital to meet with peers. Similarly, the metaverse may alter diplomatic crisis management as diplomats may meet virtually as soon as hostilities between states erupt thereby reducing the time necessary to resolve violent conflicts. Even trust-building measures between enemy states may begin in the virtual plane long before opposing leaders meet physically.

Winston Churchill famously described diplomacy as the art of telling someone to go to hell in a way that they actually look forward to the journey. One can only imagine what a fully immersive hell will feel like in the metaverse.

Public Diplomacy 3.0: Mapping the Next Stages of Tech Disruption

Digital platforms have revolutionized the practice of public diplomacy in the past decade by making it possible for ministries of foreign affairs, embassies and international organizations to reach out and engage with...

Public Diplomacy and the Politics of Uncertainty

Note from the CPD Blog Manager: This piece is based on Public Diplomacy and the Politics of Uncertainty (Palgrave, 2021), co-edited by Ilan Manor and Paweł Surowiec. In our recent edited volume, we...