Home|Public Diplomacy and the Politics of Uncertainty 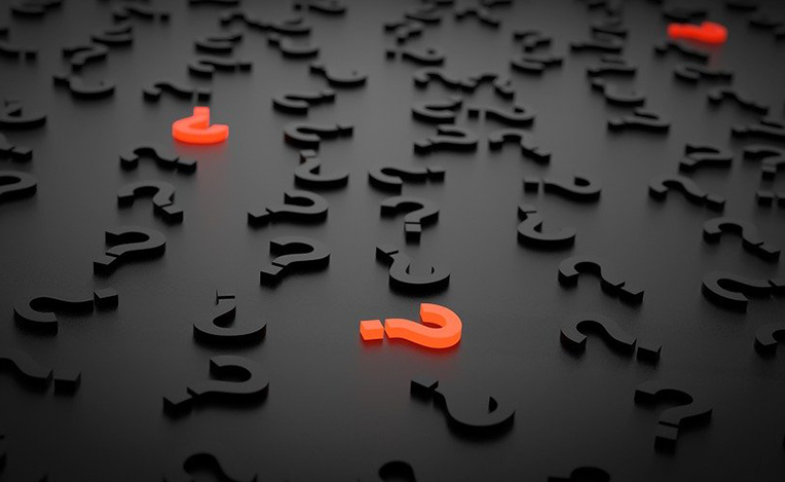 Public Diplomacy and the Politics of Uncertainty

Note from the CPD Blog Manager: This piece is based on Public Diplomacy and the Politics of Uncertainty (Palgrave, 2021), co-edited by Ilan Manor and Paweł Surowiec.

Understanding the first source of uncertainty requires an analysis of the factories of the 1700s—by today’s standards, simple forms of technology. Yet factories had an immense impact on societies as they led to the mass migration to cities. This was followed by frequent health pandemics due to substandard housing. To contend with health crises, private individuals launched health interventions for inner-city children which, over time, led to the first notions of public health. Factories also saw frequent accidents. Using the new science of statistics, owners could calculate the probability of workers’ injuries and ensure against them, giving rise to new methods of risk management. Yet factories also challenged the nation state. It was on the factory floor that the call, "Workers of the world, unite!" was first heard.

Factories thus impacted society as a whole, in a manner similar to the process of digitalization. And yet the age of the factories lasted for several centuries while the digital age has lasted for three decades. The first source of uncertainty is therefore accelerated digitalization, a process in which societies must contend with the constant emergence of new technologies that impact all realms of daily life, ranging from friendship management to seeking employment and cultivating romantic relationships. Digitalization necessitates that people master and comprehend new technologies such as algorithms or artificial intelligence. Each of these reshape society and demand societal conversations. For instance, should ministries of health use big data to predict pandemics? Should police units use facial recognition to prevent crime? Alas, such conversations rarely take place given the speed with which new technologies are introduced into societies. Just as citizens learn how algorithms function, they are forced to reckon with machine learning.

The second source of uncertainty stems from a process of global reordering. The 21st century is likely to be dominated by three giants: The U.S., due to its financial and military prowess, China, and India, which serves as a global telecommunications hub and has a young demographic. This reordering is already manifest as nations are trying to establish new footholds before the giants begin their reign: Russia has staked its claim in Syria, China has planted its flag in Africa, while new alliances between Israel and the UAE seek to limit Iran’s regional expansion. This process of re-ordering is one that drives conflicts as national interests are constantly challenged by geo-political shifts.

The third source of uncertainty is the result of tailored propaganda. Historically, propaganda was targeted at states or blocks of states. The practice of propaganda was viewed as a battle over the truth. For instance, during the 1962 Cuban Missile Crisis, President Kennedy publicly announced that the USSR had placed nuclear missiles in Cuba. This was immediately denied by the Soviet Union. The world was thus presented with two different realities. Fortunately, these realities collided into one when U.S. diplomats revealed satellite images of the Russian missile in a UN Security Council session.

The world is now marked by increased uncertainty at the individual, national and global levels.

According to the Russian MFA, for instance, there is a place called the Republic of Crimea. It has a flag, a parliament and recognized borders. Yet according to most UN nations, there is no such palace. Crimea is as much a part of Ukraine as Kiev.

The two tweets below best capture attempts to fracture reality. The tweet on the left, published by the Russian MFA, depicts Christmas celebrations in the city of Aleppo, recently liberated from Islamic terrorists. The tweet on the right, published by the British Foreign Office during the same month, depicts Aleppo as a city reduced to rubble. Notably, a world with two "Aleppos" and two "Crimeas" is one that cannot be fathomed by its inhabitants. Tailored propaganda thus drives personal uncertainty as one can no longer make sense of the surrounding world. 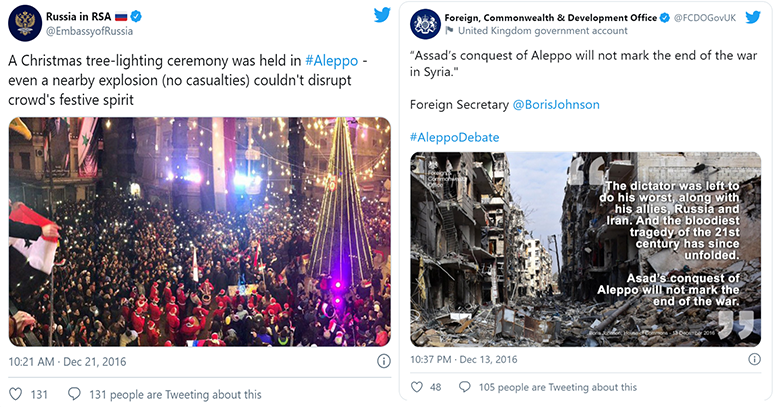 Emergence of a Complex World

The final source of uncertainty is the emergence of a complex world, one that cannot be explained by a thread of BBC tweets. It is a world marked by complex crises that are but a tangled web of national interests. Indeed, no single newscast can explain the Syrian Civil War marked by numerous actors, all backed by different states and all striving toward a different goal. The same is true of Yemen’s Civil War. A complex world leads to a yearning for simple narratives through which the world can make sense again. This may account for the global rise of populism as populists’ narratives simplify the world through dichotomies of good and bad, ally and foe.

The rise of global, national and individual uncertainty challenges the conduct of public diplomacy in several ways. First, how can diplomats help publics make sense of a world characterized by conflicting realities? Second, can diplomats find clear narratives through which they can elucidate complex crises? Third, can diplomats outline how global reordering will affect their citizens’ lives? Fortunately, our edited volume not only identifies the challenges to public diplomacy, but also outlines how these challenges may be addressed by diplomats.

Some academics believe that digital diplomacy has developed in a linear fashion, and that each technological breakthrough (e.g., Facebook, AI) is accompanied by a process of implementation, adaptation and assimilation. Such...