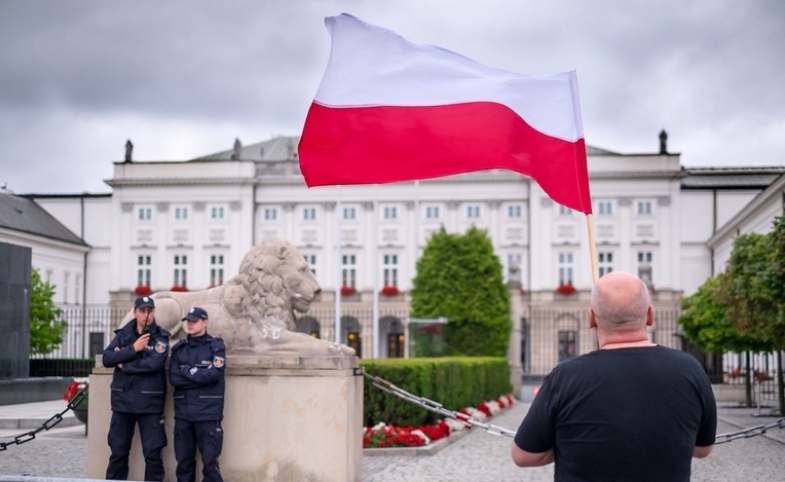 For many diplomats and public diplomats, international politics nowadays is shaped by features of a double-game act: populist-styled politics at home ascends to the realm of foreign policy, creating professional challenges previously unknown to public diplomacy theorists and practitioners alike.

It is apparent by now that populist movements have been influential in shaping the conduct of public diplomacy in Europe and Asia, and among the high-profile examples of populism gaining prominence in soft power statecraft are the 2016 Brexit referendum and the chaotic negotiations of the United Kingdom’s withdrawal from the European Union or Donald Trump’s twiplomacy, articulating coercive narratives about Russia and North Korea. Yet populist actors go further and, as illustrated below, attempt to use legal means to control and command strategic narratives.

This populist dynamic distinguishing European politics, including Poland, reveals that soft power statecraft is faced with the rise of populism. The recently introduced legal amendment criminalizes, with up to three years of imprisonment, the ascription of collective responsibility for Nazi death camps to Poles or the Polish state. The rationale for this amendment has been linked with instances where the phrases “Polish death camps” and “Polish concentration camps” were used by foreign media. The introduction of this act illustrates what happens when the conduct of public diplomacy is wrought by inward-looking populist governance, rather than the advancement of outward-looking soft power statecraft. Concerns over Poland’s international reputation were named among reasons for the introduction of a controversial paragraph into this law criminalizing, allegedly, the use of the phrases “Polish death camps” or “Polish concentration camp.”

Indeed, the use of these misnomers had been an issue that Poland’s diplomats and public diplomats managed in the past. Since this issue emerged in the 1980s, journalistic standards for reporting on Polish affairs by foreign media were met with reactions by Polish diplomats who, since 2004, became particularly attentive to the use of “Polish death camps” or “Polish concentration camps” by foreign media organizations. As well as foreign media organizations reporting on Polish affairs, political figures including Barack Obama used these phrases, causing a backlash among Poles and the Polish diaspora. President Obama issued an apology, but his faux pas illustrates that these utterances are offensive, not only because of their international resonance but also because they reveal that some Poles have not yet come to terms with historical events themselves.

In recent years, use of the phrase “Polish death camps” has been addressed by Polish public diplomacy and digital diplomacy (e.g., the Words Matter campaign), but the events following the introduction of the abovementioned legal amendment demonstrate that the quest for historical accuracy can be easily turned into a populist global media spectacle. The media spectacle triggered by the introduction of the amendment did not address journalistic standards in reporting on Poland but, by stirring up multiple controversies, became a springboard for the advancement of populist governance at home.

In the area of post-truth, where epistemologies of truth are certainly a secondary political consideration, the relationship between statecraft and history points to the politics of identity.

History is of great significance to public diplomacy and statecraft: Israel has advanced many of its strategic soft power narratives using history; British public diplomacy draws heavily from history and so does Poland, particularly with regards to the issues of World War II. In the area of post-truth, where epistemologies of truth are certainly a secondary political consideration, the relationship between statecraft and history points to the politics of identity. The introduction of the recent legal amendment and attempts to defend it with concerns about Poland’s reputation, however, lacks credibility. It is an attempt to re-frame the terms of debate, and in doing so, instead of focusing on historical accuracy, the act opens the opportunity to turn statecraft toward the weaponization of history. In this scenario, history might be used as a stick, adapting a command-and-control approach to public diplomacy, which is in opposition to many contemporary standards of soft power statecraft.

That aside, there are practical arguments as to why the controversial legal act is harmful to Polish public diplomacy. First of all, Poland and Israel have already had a diplomatic platform to react to historical inaccuracies perpetuated by foreign media. Second, through previously developed working practices, Polish public diplomats have been advancing institutional resilience and diplomatic reserves to approach historical inaccuracies by means of diplomatic engagement, not coercion. In spite of that, the speed of delivery of the recent act by the Law and Justice (PiS) government hardly rings overtones of the concern about Poland’s soft power: it was not well-prepared, and despite the claims that it concerns Poland’s intangible assets, it does not even mention public diplomacy, the very practice responsible for Poland’s reputation and soft power statecraft. Conversely, the introduction of the act caused a diplomatic spat with Israel and triggered the reaction of the U.S. Department of State, which, like many other critiques, saw this act as having the potential for breaches of freedom of speech. Third, the Ukrainian Ministry of Foreign Affairs expressed concerns about the act, and in a move disabling populist rhetoric on the issue, the German Minister of Foreign Affairs reinforced the responsibility of the Third Reich for the camps. Finally, to make matters worse for Polish public diplomacy, the act was introduced in the run up to International Holocaust Remembrance Day.

The recent re-shuffle of the PiS government and the appointment of Mateusz Morawiecki as Poland’s Prime Minister was said to put Poland’s tense diplomatic relationship with the European Union at ease as, since 2015, it has been gradually weakened by policies and Euroskeptic rhetorics of the previous PiS government. To boost support at home, the party has decided to find a new scapegoat, and the controversial act set the agenda for “othering,” providing opportunities for the proliferation of populist rhetoric and social polarization—both of which are used widely by the PiS in their approach to governance. Indeed, this act is divisive among Poles: a recent poll shows 40% of the sample population supports legal solutions, whereas 51% prefer historical disinformation to be challenged in different ways.

The PiS government claims that it has the right to challenge historical inaccuracies. Yet no one denies it is doing exactly that. In this respect, the problem is in the style, not the substance, of what Poland’s public diplomacy faces nowadays. Most importantly, there are issues surrounding the enforceability of this act: how the PiS government intends to enforce the new law on overseas actors—for example, foreign media organizations—operating outside of Polish jurisdiction remains unclear. Further, the Institute of National Remembrance had been caught up in political scandals before in which credibility was on line, but this is the first time it was linked to Poland’s soft power statecraft. Henceforth, the perspective on the conduct of public diplomacy is interesting as it shows that instead of focusing on the advancement of Poland’s interests, agendas are set to clash with Israeli nationalism, forgetting that history, as important as it is, should not be used as a political weapon.