Home|Soft Power and Public Diplomacy in Latin America: A View from Argentina 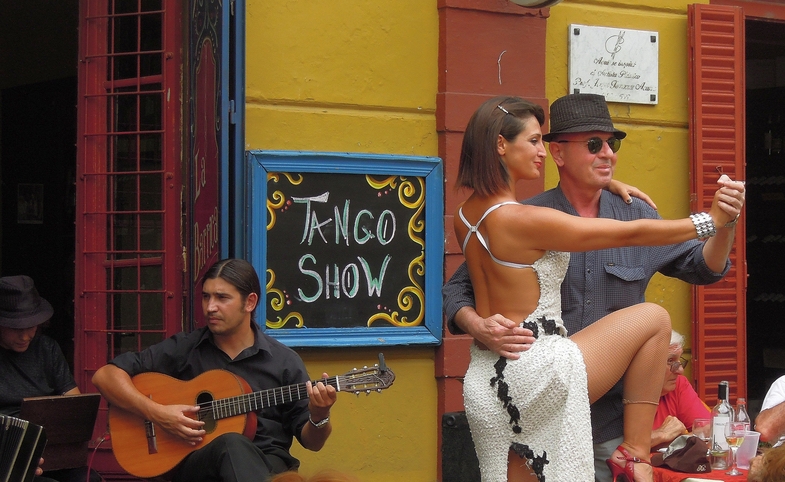 As Ambassador Arturo Sarukhan pointed out in his essay for the 2016 Soft Power 30 report, the concept of soft power is still relatively foreign to many diplomatic services in Latin America, but this is beginning to change. Several countries in the region have started developing their capabilities to tap into, systematize, and project soft power internationally. In conducting foreign policy, public diplomacy is a key instrument for countries to assert their views and leverage soft power assets.

An important transformation is taking place today in Argentina, which was captured in the 2016 Soft Power 30 ranking. The arrival of President Mauricio Macri in December 2015 immediately bolstered the country's image and credibility abroad. His administration is explicitly and unreservedly based on three clear goals: first, working towards "zero poverty"; second, uniting the Argentine people around strong democratic institutions; and third, defeating drug trafficking. Through these goals, his administration has generated keen interest and support globally during its first eighteen months in office.

President Macri's foreign policy is defined by an opening up to the world, looking to cooperate with all regions across the globe, opening markets for Argentine businesses, and attracting investments in and tourism to Argentina.

The development and projection of soft power goes hand in hand with these objectives. A strong international reputation for being a responsible, constructive, and open country is key to a nation's soft power. Credibility and support among key social stakeholders – both at home and abroad – require transparent communication and regular dialogue. Public diplomacy works precisely along these lines: image, reputation, and credibility.

Under the new Macri administration, the government created a department within the Ministry of Foreign Affairs and Worship responsible for developing and implementing public diplomacy, with a strong emphasis on digital diplomacy. Its purpose is to communicate and explain Argentina’s foreign policy to international audiences, emphasizing its open and inclusive approach, presenting new economic opportunities, and showcasing Argentine culture and sports. Importantly, there is a key domestic element to this work as well. The department’s objective is to open a two-way dialogue with civil society to communicate the work of the Ministry and facilitate feedback.

In today's interconnected and digital world, it is essential that we listen to and construct meaningful dialogues with civil society. Therefore, in Argentina, we are looking to build on the knowledge and experience of traditional state-to-state diplomacy, complementing it by strengthening our relationships with local and international opinion leaders, universities, think tanks, NGOs, the press, etc. Much of this interaction happens through digital networks and social media.

Adapting to a Digital Environment

The explosion of new information and communication technologies has changed the way we interact, relate, work, and receive information. Spanish academic Juan Manfredi points out some of the main advantages of using social media: it allows direct communication with a wider public than traditional audiences; it facilitates audience segmentation and enables you to create specific messages for each group; and it allows you to listen to voices and receive information or points of view that were not so readily available to diplomats before.

The transformation that diplomacy is undergoing as a result of the digital environment is clearly detailed in Tom Fletcher's book Naked Diplomacy: Power and Statecraft in the Digital Age. Fletcher’s book presents the challenges and opportunities faced by diplomacy in the 21st century and suggests ways to move towards digital diplomacy.

Soft power – as a central component of a country's international projection in the 21st century's interconnected and digital world – needs to be complemented by 21st century diplomacy.

Both Fletcher and Manfredi focus on the sweeping changes that diplomacy is undergoing as a result of the technology and communications revolution. Likewise, this has transformed the way in which countries' soft power is used and projected in diplomacy. Those who are better able to incorporate and enhance these new tools will have a clear advantage.

At the Argentine Ministry of Foreign Affairs and Worship, we kicked off the new administration with a focus on social media. This has meant ensuring current and future diplomats are well-versed in all forms of social media engagement, with courses at the Diplomatic Academy, the inclusion of social media in the diplomatic career curricula, and protocols, practice manuals, and instructions for best practices in understanding and communicating through social networks. We also exchange knowledge and training with the Brazilian diplomatic service through formal structures.

Our goal is to equip Argentine diplomats with the latest tools and knowledge for the digital environment, thereby helping them to better interact with individuals, opinion formers, businesses, and civil society across the world.

From a soft power perspective, Latin America has many elements that make it particularly attractive, from the diversity of its landscapes and environment, to its vibrant and passionate culture, its varied gastronomy, and the talent of its sporting professionals, artists, and entrepreneurs, not to mention the huge growth potential of its economies.

As for political and institutional factors – other factors that influence soft power – Latin America is a bit of a mixed bag. While it is one of the few regions of the world at peace and free from armed conflict, there is substantial room for improvement when it comes to the functioning of its political and institutional systems. Latin American soft power would certainly benefit from broader cooperation between countries in improving public institutions and overall government effectiveness. It is in everyone’s interests to work to strengthen public institutions and ensure that they reflect the values and aspirations of the region’s citizens.

Knowing how to use the region’s advantages to project itself as an attractive destination – for investors, ideas, entrepreneurs, tourists, etc. – rests on two key tasks. First, Latin American countries need to address existing areas of weakness of their soft power, such as strengthening public institutions. Second, to ensure that foreign ministries have the capability and capacity to deliver effective public diplomacy campaigns.

Soft power – as a central component of a country's international projection in the 21st century's interconnected and digital world – needs to be complemented by 21st century diplomacy. Integral to this is public diplomacy, which recognizes the importance of working with civil society, using digital diplomacy as a channel for engaging with stakeholders across the globe.

Modernizing diplomacy to make better use of soft power requires important changes that take time to implement. These involve fundamentally modifying the ways in which foreign services work, conceiving the exercise of diplomacy as something that is as closely linked to relationships between states as the interaction with non-state actors. Communication, transparency, and dialogue are now essential aspects of the diplomatic vocation, and integrating new technologies is a key piece of the diplomat’s toolbox.

The good news is that Argentina, like other countries in the region, is now on its way to effecting this change and setting itself up as a modern, digitally-savvy diplomatic nation of the 21st century.

Note from the CPD Blog Manager: This piece, written by Tomás Kroyer, originally appeared in the 2017 Soft Power 30 report.

Practical Advice from the USC Center on Public Diplomacy

At the USC Center on Public Diplomacy (CPD) we research and analyze the ways organizations use social media and digital tools. In our efforts and collaborations, we’ve identified some top tactics that can benefit any...