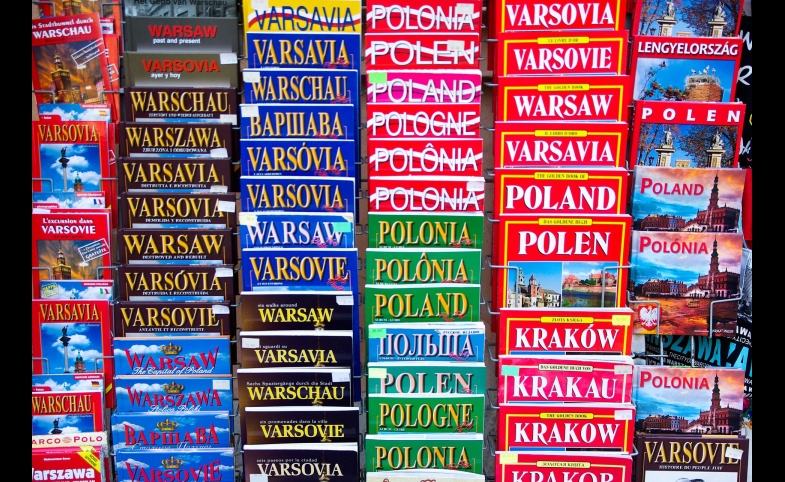 Since 1999, institutional changes have dominated the development of Poland’s soft power capabilities. In my Bourdieu-inspired study, Nation Branding, Public Relations and Soft Power: Corporatizing Poland, I unpack the complexities of statecraft and changes within the field governing Poland’s soft power resources. This book reveals that communicative practices, including public and cultural diplomacy, have been adapting to the European Union’s politics. At the same time, the concept of nation branding has found its way into policy-making circles and illustrates how Poland adapts its soft power to act as “the competition state.” Between 1999 and 2014, a nation branding program was arguably a solution to shortcomings in Poland’s soft power grand strategy, but it didn’t quite work out as planned by its advocates.

An examination of the links between Poland’s statecraft in the field governing soft power and nation branding reveals ongoing tensions within it, the situation which led to opening commercial opportunities for private sector consultants. Examples of their projects include initiatives of business organizations (the Polish Chamber of Commerce), PR and marketing industries such as The Session of the Century, The Economy Under its Flag or the most notable, Creative Tension (by Saffron Brand Consultants). Their input to the discourse on the governance of soft power capabilities, evident in consultancy reports (for example, A Brand for Poland: Advancing Poland’s National Identity), marketing research, professional events with policy-makers, was also widely present in public affairs campaigning aimed at advancing the agenda of nation branding in Poland’s soft power grand strategy.

For nation branders, Poland can be imagined as a “commodity,” and “citizen-ambassadors” should take a proactive stance in branding it. Fortunately for Poland, a sense of citizenry and democracy is stronger than a branded ideal on Polishness conceived by nation branders...

Yet, despite several efforts to get nation branding programs off the ground (e.g. Create Tension), they were seen as having little to no cross-institutional relevance. Ultimately, they proved inadequate in accomplishing both policy and reputational objectives in a meaningful way. Nation branders’ “command and control” approach to the design as well as the management of communication clashed with the pluralistic, multi-institutional field governing Poland’s soft power capabilities, and one within which communicative practices had been re-developed since Poland’s transformation in 1989.

A few points can be made. First, my book offers insights into how market research and public affairs campaigning shape the logic of soft power, and who really benefits from the neo-liberal logic of nation branding. Second, nation branding redefines relationships between citizens and the Polish state. For nation branders, Poland can be imagined as a “commodity,” and “citizen-ambassadors” should take a proactive stance in branding it. Fortunately for Poland, a sense of citizenry and democracy is stronger than a branded ideal on Polishness conceived by nation branders (for example, the 2014 “Logo for Poland” campaign, whereby consultants asked citizens to vote for visual identities for a nation branding program – this particular initiative illustrates how nation branding was challenged on social media). Third, nation branding is an example of corporate managerialism, a mind-set transferring the field governing soft power. This is a new quality of statecraft, the discourse of which has been adapted by Poland, e.g. in the guidelines “Rules for communicating brand Poland” (2013).

Since the completion of Nation Branding, Public Relations and Soft Power: Corporatizing Poland, the Polish political field has provided more scope for analysis of nation branding. With the appointment of Prime Minister Beata Szydło’s government in November, 2015 and the introduction of its controversial domestic policies (e.g. changes to Supreme Court regulations; new public broadcast media policies), Poland’s foreign media coverage indicates a weakening of national reputation and reveals adverse attitudes towards government policies overseas. Following these shifts in public affairs, some features of Polish statecraft have begun to develop a reputation for “Orbanization” and “Putinization,” and foreign media have labelled Poland an “illiberal democracy” or described it as an “autocracy.”

In response, Poland’s soft power as exercised by the Ministry of Foreign Affairs using public diplomacy-driven foreign media management (via policy statements and media relations), has geared towards responding to foreign media criticisms of government policies. Simultaneously, the Ministry has triggered institutional changes, which have implications for the ways in which Poland’s soft power will be exercised in the years to come: new ambassadorial nominations and replacements of public diplomats, for example, directors of Polish Institutes as well as the appointment of a new director for public and cultural diplomacy. Most importantly, however, the latest development reveals that Szydło’s government is in the process of establishing the Polish National Foundation (Polska Fundacja Narodowa) which, despite the previous failures of nation branding programs, is going to try again.

These developments demonstrate Warsaw policy-makers’ commitment to the idea of Poland as a “brand.” Yet, in the light of the findings reported in my book, questions can be asked whether nation branding is an appropriate way to respond to foreign media reporting of the government’s policies. Besides, nation branding practice does not sit comfortably with Poland’s complex diplomatic, economic and security interests in a way that would address issues at stake, for example Poland’s security concerns and economic development. Further, the Polish government has put itself in a difficult position. Since the end of 2015, the state of democracy in Poland worries its allies. In this political climate, the re-appropriation of nation branding by Szydło’s government might face allegations of being populistic, trivializing soft power and down-playing Poland’s interests abroad.