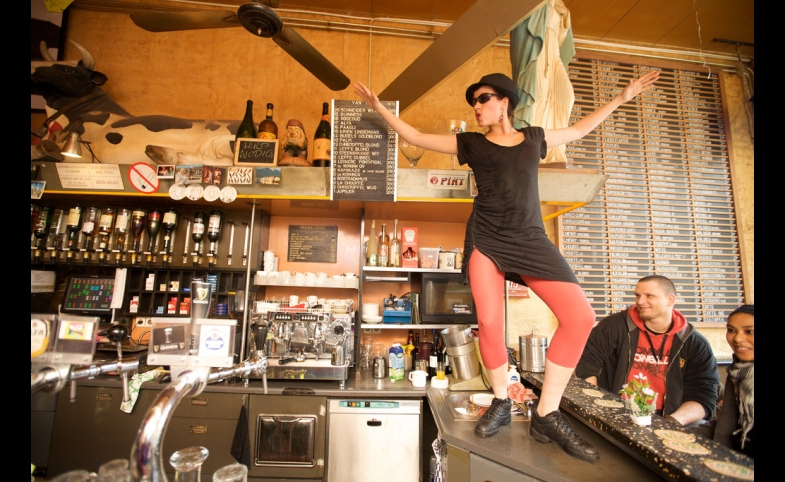 From scapegoating and vitriolic anti-immigrant rhetoric to loss of confidence in long-standing international institutions such as NATO, the United Nations and even the European Union, it seems that there is disturbing evidence of a trend towards xenophobia, nationalism and isolationism.

Of course, professional state and non-state public diplomacy practitioners play an important role in creating opportunities for international engagement and intercultural understanding. But we are, as they say, “living in interesting times.” This calls for public diplomacy and international engagement activities to expand beyond the professional diplomat’s sphere to include more initiatives developed by everyday citizens.

Citizens can be among the most powerful of public diplomats, with or without knowing that they are practicing public diplomacy. Furthermore, they have the right attitude for the job.  A recent international poll carried out for the BBC World Service found that, for the first time, the majority of respondents see themselves more as global citizens than as citizens of their country, with 51% holding a global view of themselves. This trend, which is counter to the isolationist rhetoric that is so often heard in the news, is especially seen in large developing countries. It is time for citizens who value positive and productive relationships with their international peers, cross-border networking and intercultural understanding (and ultimately, international peace) to create initiatives and make themselves heard. And they are.

The Short+Sweet International Theatre Festival is one example, demonstrating that, through the arts and people-to-people artistic exchange, citizens can increase international/intercultural understanding and cooperation on their own terms. Short+Sweet was first established in Sydney, Australia in 2002 by creative director Mark Cleary and a small team of Australian theatre artists. The festival makes its North American debut September 8 to 25, 2016 in Los Angeles after establishing more than 50 short-form performing arts festivals throughout Australia and the world, including the United Arab Emirates, India, Malaysia, New Zealand, the Philippines, Singapore, Zimbabwe, and beyond.

PD that is generated at the grassroots level is one of the most effective ways for countries to tell us who they are.

Now an international phenomenon, Short+Sweet has presented about 5,000 original works of theatre, dance and music, each ten minutes or less, while showcasing the talents of about 3,000 writers and 25,000 actors, directors, composers, musicians, and dancers across the globe. Short+Sweet provides international festival directors with well-developed systems and general rules to follow, which provide best practices and help the festival to maintain its unique Australian-born flavor. Then, local festival directors are free to adapt the festival to reflect the aesthetics of their local culture.

“Short+Sweet aims to build a more creative, connected world, ten minutes at a time,” says Cleary. “What we initially set out to do is present global audiences with entertaining and challenging theatre, while offering a valuable platform for writers, actors and other artists to build international networks while pushing their artistry to the next level. Meanwhile, almost by accident, we developed a unique way to enhance Australian soft power, by bringing our artistic format and passion for short-form performing arts to nations across the world.”

Short+Sweet also offers an example of how a project that is started by citizens can eventually make its way into the hands of professional diplomats who have the know-how to expand its reach. Michael Wood, Australia’s Consul-General in Chicago, first saw a Short+Sweet theatre festival in Singapore, where he was serving as Deputy High Commissioner. Later, he worked with Cleary to bring the festival to India, where it still enjoys success in Chennai, New Delhi, Kolkata, Bangalore, and Mumbai.

“Public diplomacy is perceived as something that diplomats practice,” said Wood. “But PD that is generated at the grassroots level is one of the most effective ways for countries to tell us who they are. The ten minute performance model is a novel way to bring people together, and I am happy to see that the Australian-born Short+Sweet festival has now made its way to the United States.”

Throughout history, even in the worst of times, performing artists have often led the way in reminding us of our shared humanity. But creative citizen diplomacy efforts do not only come from performers. The internet and social media make it feasible for world citizens of many walks of life to engage with global audiences, share their culture and build international relationships.  For example, Israel Loves Iran and Iran Loves Israel are social media platforms implemented by Israeli and Iranian citizens that aim to connect people in both countries to increase intercultural understanding in the interest of peace building and non-violent conflict resolution. The model, which launched in 2012, has expanded throughout the globe. Now, platforms exist on Facebook for Israel Loves Palestine, Germany Loves Iran, France Loves Israel and Iran, and more.

As a global community, we have a choice to make. We can fall in line with the news reports of increased xenophobia and isolationism. Or, we can join the increasing number of people who see themselves as citizens of the world. Certainly, we can count on diplomats to continue to share culture and work toward creating stronger international relationships. But citizens have more power than they often believe when it comes to both supporting these efforts and creating their own initiatives. Increasing grassroots citizen diplomacy initiatives can make a difference. Now, it is up to all of us.

Bettina Rösler, a scholar at the Institute for Culture and Society at the University of Western Sydney, has published a new article on Australian cultural diplomacy. The piece, The Case of Asialink’s Arts Residency Program:...

Everybody Comes From Away: Art, Politics, and 9/11

On November 14, 2018, CPD partnered with Center Theatre Group to present a special program exploring the intersection of public diplomacy and the performing arts. Discussion focused on the acclaimed musical Come From...