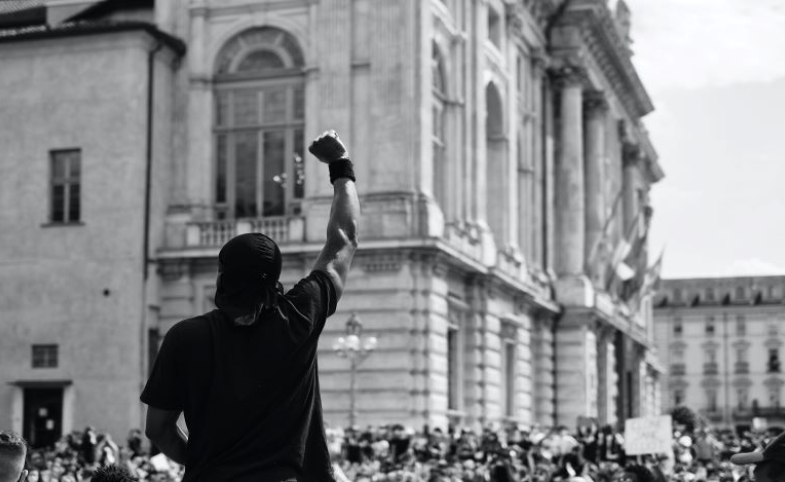 Many of us who specialize in public diplomacy spend our days thinking about soft power, attraction, nation-branding, and the like. George Floyd’s story conjures none of the positive overtones associated with these topics.

And yet, something remarkable happened this summer in the wake of George Floyd’s death. The outrage against such lethal systemic racism that resulted from this incident struck a global chord, and people filled the streets all around the world. One article by the Atlantic Council captures the worldwide response poignantly:

“In Syria’s Idlib province, an artist painted a portrait of Floyd on the side of a bombed-out building, an attempt to both back the U.S. movement and draw attention to the misery of Syrians bombarded regularly by an oppressive regime and its foreign backers. Protesters in Sao Paulo, Brazil threw rocks at police in protests that turned Floyd’s death into a rallying cry against the racially tinged, right-wing policies of Brazilian President Jair Bolsonaro. In Belgium, protesters demanded the removal of statues of Leopold II, the genocidal conqueror of what is now the Democratic Republic of Congo. A statue of British slave trader Edward Colston in Bristol found its way off its pedestal and into the nearby River Avon at the hands of protesters inspired by the dismantling of monuments to the Confederacy in the United States.”

Others have written on this blog that in the age of America First, U.S. soft power and public diplomacy seem to have gone by the wayside. Out of this moment came not soft power, the power of attraction, but perhaps the opposite: a global movement inspired by collective rejection of the ugliness that permeates not only America but societies all around the world.

For years, the United States has prioritized support for democratic values overseas. Perhaps ironically, the George Floyd incident (and the U.S. government’s lack of an adequate response) reinvigorated worldwide calls for democratic rights and racial justice, more so than any other event during the Trump presidency. A recent analysis by the Pew Research Center shows that the global George Floyd protests led directly to policy-relevant conversations in other parts of the world. According to the report, after the protests, significant percentages of legislators in four countries – including the UK, Canada, Australia, and New Zealand – tweeted about George Floyd or black lives, often expressing solidarity with the protest movement. Many of these legislators linked racism in the U.S. to racism in their own countries.

In the best of circumstances, governments can partner with activists and community organizers, most notably by implementing policies to address systemic harms but also by helping people-powered initiatives to connect with international counterparts dedicated to similar goals via citizen diplomacy. Such partnerships can fuel overall public diplomacy, and they often bolster what Joseph Nye has called the country’s “meta soft power,” defined as “the state’s capacity and introspective ability to criticize itself.” Any future American leader might start from this principle in rebuilding American credibility and leadership.

George Floyd didn’t deserve to die. Nothing that came out of his death was worth the ultimate sacrifice of his life. Still, the groundswell of American civic activism that rose out of his own personal tragedy and the brief flame of pro-justice advocacy that it sparked all around the world speak to the common humanity that connects us all.

"If America is to find its way back to a position of leadership, it will need to embrace the call for justice that resonated with so many around the world. "

If America is to find its way back to a position of leadership, it will need to embrace the call for justice that resonated with so many around the world. Only then, by committing to real change at home, can the U.S. build momentum for positive change internationally through civil society-centered public diplomacy.