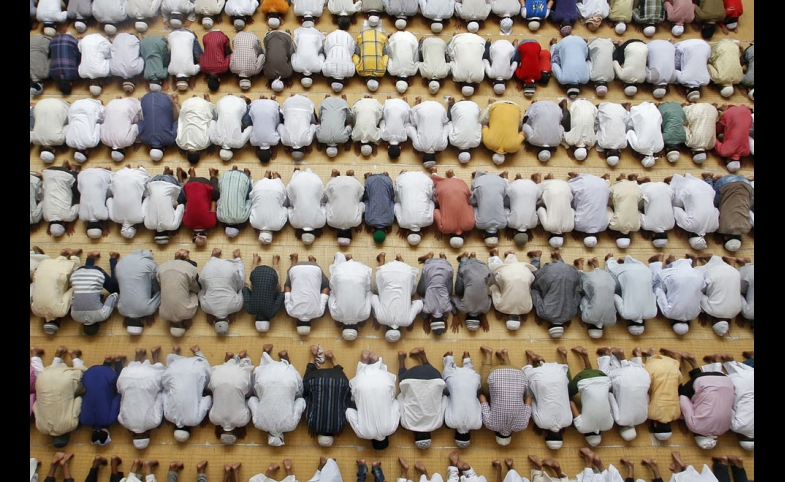 The Islamic State of Iraq and Syria, or ISIS, is a new kind of threat facing the world today. ISIS takes advantage of their huge social media audience to post narratives of radicalization and brutality, to terrorize people, and to spread their philosophy to attract supporters worldwide. Thus, a new form of terror via cyber space, or “terrorism 2.0,” has emerged. Be it the recent Paris attack, the downing of the Russian plane, or the attacks in Turkey, Beirut or Tunisia, ISIS is responsible for more than 1,000 civilian deaths outside Syria and Iraq. Anxiety in India’s internal security circles increases with every new picture of ISIS-created terror.

The threats issued by ISIS’ sympathizers on social media, especially via Twitter, are real and serious, as they entail proselytizing youth from across the world (including South Asia) to ISIS dogma, leading to the radicalization of hitherto moderate Muslims. These social media efforts reach Indian youths, too, and so do efforts at online radicalization. In the last two years, cases of ISIS influencing Indian youth have increased. ISIS has been able to radicalize some young Indians online, such as Munawad Salman, a 30-year-old engineer formerly employed at Google's Hyderabad office or Mehdi Masroor Biswas, the 24-year-old engineer. There have been reports of young Muslims from Indian states like Telangana, Andhra Pradesh and Kerala willing to join ISIS, while a group of young people, with faces covered, waving the ISIS flag were spotted in Srinagar, summer capital of Jammu and Kashmir. To date, about 19 Indian youths have joined ISIS. Intelligence sources suggest that young people are being lured into joining ISIS through cyber space. So far, the number of Indian youth affected is small, but if left unchecked, it could increase dramatically and snowball into a major security issue for the nation.

In a high level meeting held on August 1, 2015 at the Ministry of Home Affairs (MHA), Indian officials expressed concern about the growth of ISIS and its appeal to Muslim youth. The MHA decided to sponsor a de-radicalization program at three levels--macro, meso, and micro--to present counter-narratives to Jihadi ideologies propagated by ISIS. The macro level develop aims to develop a comprehensive legal framework to counter-terrorism, and the meso level aims to develop an internet platform for leaders from the Muslim community to share counter perspectives to ISIS rhetoric. The micro level will offer individual counseling through family and peer groups. However, these efforts may get only limited results, as ISIS propaganda has been able to attract some Muslim youth despite the already existing counter perspectives from some Muslim leaders. For example, in September, more than 1,000 Indian Muslim clerics signed a fatwa against ISIS, calling the acts of the Islamic State inhuman and un-Islamic.

The threats issued by ISIS’ sympathizers on social media, especially via Twitter, are real and serious, as they entail proselytizing youth from across the world (including South Asia) to ISIS dogma, leading to the radicalization of hitherto moderate Muslims.

Still, the MHA’s plan to build “cyber-security architecture” within the Intelligence Bureau is a welcome step.

Vital information on online radicalization, such as the number of Indians supporting ISIS in the cyber world, who they are, and how many of those supporters take part in its highly-organized online activities, can be provided by research from the National Investigation Agency, the National Technical Research Organisation, the National Institute of Cryptology Research and Development (NICRD) and the Joint Secretary of Counter Terrorism at the MEA.

India needs effective strategic communication to responds to ISIS dogma. India should move from a one-way information flow to a more interactive-dialogical, individualized approach to respond to ISIS propaganda. A good introduction to such interactive communication was made by the U.S. State Department in 2006, which created a Digital Outreach Team (DOT). The DOT joins conversations through posting messages about U.S. foreign policy on popular digital platforms in Arabic, Persian, Punjabi, Somali and Urdu--languages that had been earlier ceded to the terrorist groups. It is unclear how effective this messaging is, but one study suggests that this team has at least been able to successfully present a counter-perspective to the anti-U.S. narratives.

India’s External Publicity and Public Diplomacy Division (XPD) of the Ministry of External Affairs (MEA) seems best fit to take up India’s strategic communication regarding ISIS. The XPD already communicates with the public about India’s foreign policy decisions and conducts nation branding efforts. The XPD should create a group of seven to ten experts to counter jihadist dogma and to dispel misconceptions about India’s foreign policy--and for that matter, India’s treatment of minorities--through the interactive-dialogical model of communication. India needs to proactively create counter narratives to jihadist ideologies as well as to join Internet conversations wherever anti-India ideas are floated. A 2015 Twiplomacy Report by Burson-Marsteller affirms that governments which are successful on Twitter often have substantial dedicated social media teams. ISIS has around 45,000 Twitter representatives. To counter this, XPD should create an interconnected network of Twitter users to share anti-ISIS ideology and connect more people on the platform. XPD should weave together a virtual network of think tanks, civil society groups, NGOs, and academics to co-create shared counter-narratives.

Another significant endeavor on India’s part could be the MEA’s Distinguished Lecture Series (DLS). Our past research suggests that ongoing lectures help in bridging a perceptual gap on Indian foreign policy issues. This may be utilized to generate a positive discourse against ISIS dogma and the online radicalization of young people, especially in Andhra Pradesh, Telangana and Kerala.

A proactive and integrated approach is required to counter the most dreadful terror we face today. No longer can India remain one step behind ISIS on the digital battleground. We need effective strategic communication and we need it fast.

Ever since the American political scientist Joseph S Nye Jr. introduced the term “soft power” in the international relations discourse back in the 1980s, countries across the world have embraced this idea to augment their...