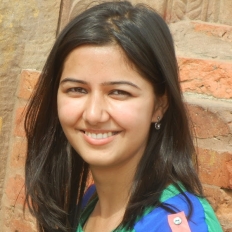 Singh was a Fulbright-Nehru Doctoral Scholar (2016-17) at the School of Communication at American University in Washington, D.C. She holds bachelor's and master's degrees in political science from Banaras Hindu University.