Home|Acknowledging India's Role in Globalized Culture Through the Incense Trade 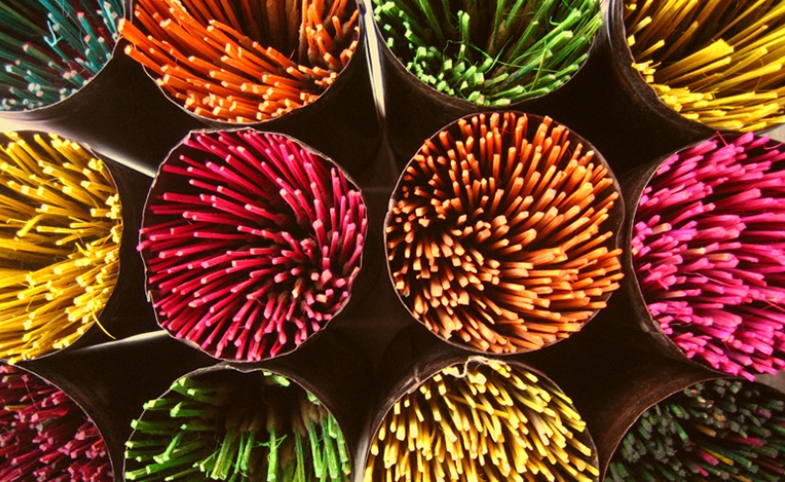 Acknowledging India's Role in Globalized Culture Through the Incense Trade

India’s role in the globalization of culture has great antiquity and goes further back than the spread of yoga and Ayurveda in the West today. In many ways, India enunciated the idea of a ‘global village’ centuries ago through trade routes identified by cultural offerings.

Serena Autiero, an Italian researcher with a deep interest in ancient globalization, said in an interview for Soft Power Magazine that while we commonly think of globalization as a very recent phenomenon limited to the last 50 years or so, archaeological findings of Indian artifacts throughout the world “reveal[s] a very long history of transregional exchanges with characteristics that can be labeled as globalization. Globalization is not only the movement of goods from one place to another, but it implies a cultural transformation that is visible in archaeological records.”

This essay looks at India's incense manufacturing and distribution industry for insights in understanding the globalization of culture and as a model of innovation that India has developed in this and other sectors to successfully create new, affordable ‘cultural products’ for world markets.

For India, definitively establishing herself as the place of origin for cultural products and practices worldwide is critical not only for the economic benefits that accrue from patents and intellectual property rights, but for the tangible and intangible benefits of strengthening the elements that go into what is understood as soft power.

Current soft power rankings are clearly based on the industrial world’s paradigm of innovation that looks at creating cultural products with complex features and huge investments, which are largely unaffordable to the poorer countries of the world. 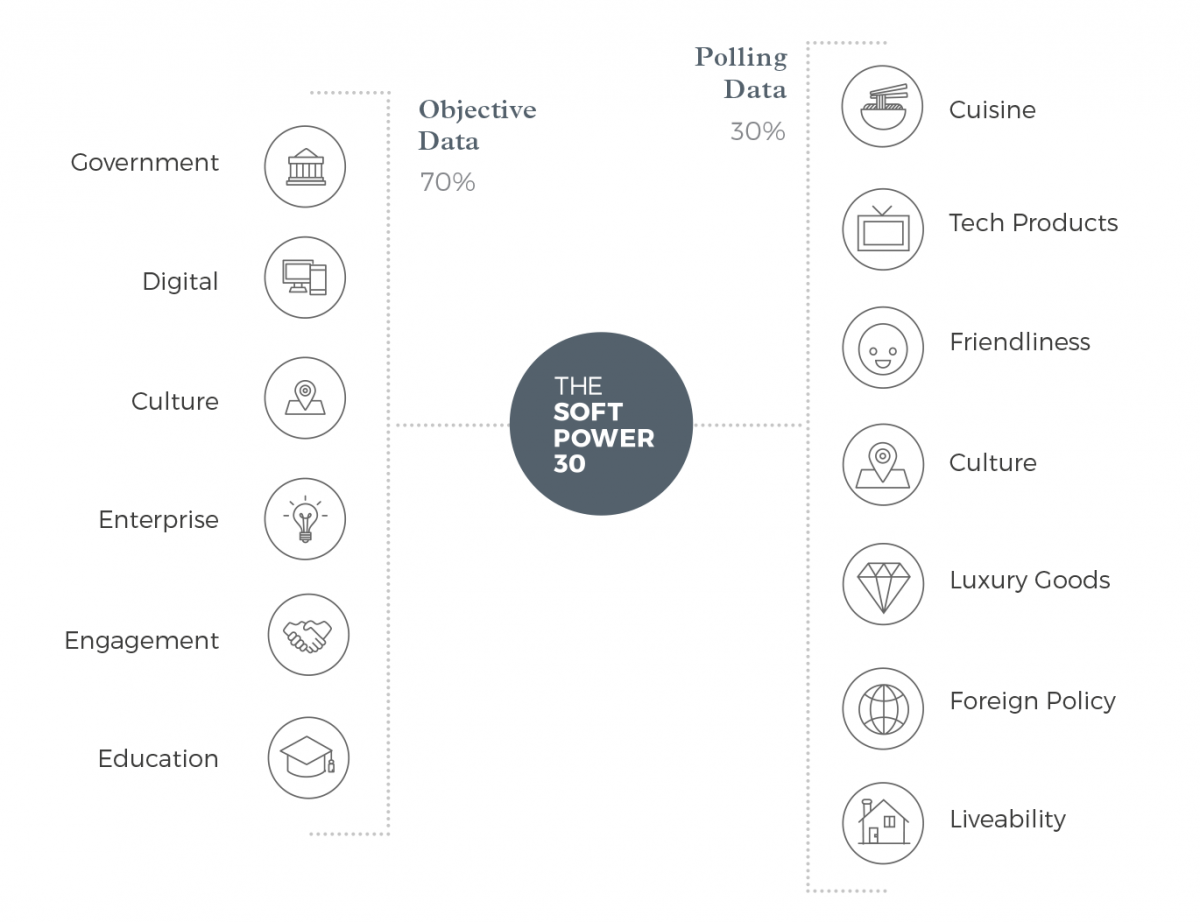 It is through ‘frugal innovation’ that India provides goods that are affordable and yet adhere to high standards of excellence, commonly associated with high-end products. Yasser Bhatti, author of Frugal Innovation: Models, Means, Methods, writes on his website that “frugal innovation provides functional solutions through few resources for the many who have little means.”

Across industries, India is a pioneer in creating more with less. From the diplomacy angle, this is important as a nation’s capacity for innovation and creativity facilitates greater influence on the world stage than the hard power of military might, writes Ernest J. Wilson, III in "Hard Power, Soft Power, Smart Power." Even in the West, there is a growing demand for frugal solutions due to financial constraints and environmental consciousness.

A working paper for The Hamburg University of Technology titled, "Soft power of frugal innovation and its potential role in India's emergence as a global lead market for affordable excellence," notes that frugal innovations can potentially provide a “useful medium for a benevolent power that aims at peaceful coexistence and inclusive growth.” Authors Rajnish Tiwari and Jaideep Prabhu point out that the demand for affordable and sustainable excellence is sure to grow globally, and India can establish itself as a global soft power leader in the process.

Ankit Agrawal, director of incense stick-maker Mysore Deep Perfumery House, said in a personal interview that the incense industry of India serves as a good model as it employs local women, has a very low carbon footprint, is easy to set up, and the final product is affordable to the common person.

Only in a fair environment of acknowledgement and respect can India take its practices much further, offering greater understanding and benefits to the world.

In response to this topic, Simon Anholt, founder of the Good Country Index, commented that it is the private sector currently driving Indian soft power. He added, “whilst the private sector can play a useful supporting role in cultural relations and even public diplomacy, it must be absolutely clear that the profit motive can never be relied upon to coincide perfectly or permanently with the national interest, still less the international interest.”

To support Indian incense manufacturers, in 2019 the Indian government put restrictions on imports of incense and its raw materials. Arjun M Ranga, CEO of Cycle Pure Agarbattis, the flagship brand of N Ranga Rao and Sons—one of the oldest agarbatti (incense) companies in the world—said in a personal interview that while there is competition and India still sources raw material from abroad, the entire value-added happens in India.

“Job creation is in India. Even if those countries were producing agarbattis, they could not compete with us in the global market. The import restrictions have strengthened our dominance,” said Ranga. He adds that today the Gulf, Europe, Africa and South America are the leading markets for Indian agarbattis, which are exported to over 175 countries.

From ancient times, a highly evolved Indic culture has been the source of many practices that promote wellbeing and harmony in individuals, families and societies. From the simple practice of lighting aromatic incense in veneration as part of worship, to the highly evolved systems of yoga and Ayurveda where sandalwood and jasmine fragrances are used extensively, the Indian incense industry dominates the word market. However, unless this contribution is acknowledged by the consuming cultures, there is risk of Indian incense being incorporated and used without proper acknowledgement and attribution. This is key to soft power, and unless Indian fragrances are branded as such, there is a chance that sandalwood and other fragrances may be appropriated in a form of cultural theft.

Of course this is part of a larger fight, where systems like yoga and Ayurveda—very clearly and completely Indian in origin, ethos and practice—have had its elements plucked out and served out in sterile contexts and, in worst cases, even supplanted into other cultural ethnic frameworks specifically in an anti-India manner. Only in a fair environment of acknowledgement and respect can India take its practices much further, offering greater understanding and benefits to the world.

In "India: the next superpower?: India's soft power: from potential to reality?," author Nicolas Blarel writes that an economic model pursued by a country may be regarded as a “soft power resource to the extent that its accomplishments prove attractive to others.”

Frugal innovation, by doing more with fewer resources and impacting more people, is now a desired model by the European Union, which Tiwari and Prabhu write is funding research on the importance of frugal innovation for economies facing difficulties in Europe, as India is emerging as a leader in frugal innovation in industries such as space and technology, automobiles and Fast Moving Consumer Goods (FMCG).

It would be interesting to see how India fares in future soft power rankings, which take into consideration this important value-added to society. A cost-conscious society with traditional values that shun waste, India should be accorded a higher ranking for promoting sustainable solutions for the world’s poor.