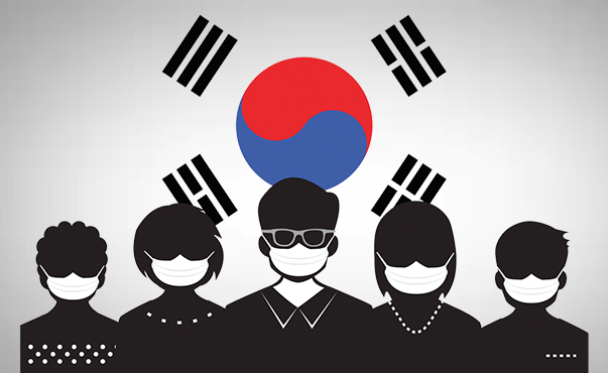 Public diplomacy has much to offer in times of crisis. Relationships with global audiences provide the backbone of a country's credibility, mutuality and ability to collaborate internationally. During these times of uncertainty, what can the world learn from South Korea's strategies and actions, both regionally and globally?

On April 16th we organized a discussion of South Korea’s efforts in navigating crisis management and public diplomacy implications of the current pandemic. Featured speakers were Dr. Geun Lee, President of the Korea Foundation, and Dr. Youngmee Jee, a leading public health expert and Advisor, Global Center for Infectious Diseases at Seoul National University College of Medicine. The conversation was moderated by CPD Director Jay Wang. We thank the Korea Foundation for its support of this program.

Dr. Geun Lee was appointed President of the Korea Foundation on September 16, 2019. Prior to joining the Foundation, he was a professor of International Relations at the Graduate School of International Studies, Seoul National University, and former Dean of Office of International Affairs, Seoul National University. From 2015 to 2016, He was visiting Super Global Professor at Keio University in Japan. He is also former Chair of the Global Agenda Council on the Future of Korea at World Economic Forum (Davos Forum), and currently a member of Global Future Council of World Economic Forum. Before joining the faculty of Seoul National University, he served as a professor at the Institute of Foreign Affairs and National Security (IFANS, Currently, Korean National Diplomatic Academy), Ministry of Foreign Affairs of Korea. He also served as President of an independent think tank, Korea Institute for Future Strategies from 2003-2007. His publications include “Clash of Soft Power between China and Japan,” “A Theory of Soft Power and Korea’s Soft Power Strategy,” “The Nexus between Korea’s Regional Security Options and Domestic Politics,” “US Global Defense Posture Review and its Implications on the US-Korea Relations” and co-authored The Environmental Dimension of Asian Security. He received his B.A. in political science from Seoul National University, and M.A. and Ph.D in political science from the University of Wisconsin at Madison, U.S.A.

Dr. Youngmee Jee is a member of the WHO International Health Regulation (IHR) Emergency Committee on COVID-19 Outbreak (2020~) and of the WHO Scientific Advisory Group for the Blueprint on Research and Development Preparedness for Epidemics (2015~). She is currently an Advisor to the Global Center for Infectious Diseases, Seoul National University College of Medicine and Long-Term Expert Advisor of the Korea Research Institute of Bioscience and Biotechnology. From 2014 to 2019, she served as Director-General of the Center for Infectious Disease Research of the Korea National Institute of Health (NIH), the Korea Centers for Disease Control and Prevention, and headed the KNIH as Acting Director between January and October 2019. During the MERS-CoV outbreak in 2015, Dr. Jee was a member of the WHO-Korea Joint Mission on MERS-CoV Outbreak in the Republic of Korea, and in 2017 was assigned the role of the National Lead for the WHO IHR Joint External Evaluation (JEE) of the Republic of Korea’s Public Health Emergency Preparedness and Response. In 2007-2014, Dr. Jee worked as Regional Laboratory Coordinator in the Expanded Programme on Immunization (EPI) of the WHO Western Pacific Region. She serves as a member of various national and international advisory committees, including the WHO Strategic Advisory Group of Experts (SAGE) on Immunization. Dr Jee received her M.D. from Seoul National University Medical School (1986), a Diploma in Medical Microbiology (1988) and her Ph.D. in Virology from the University of London (1997).

This event will take place in Pacific Time.