Home|Public Diplomacy in the Age of Pandemics 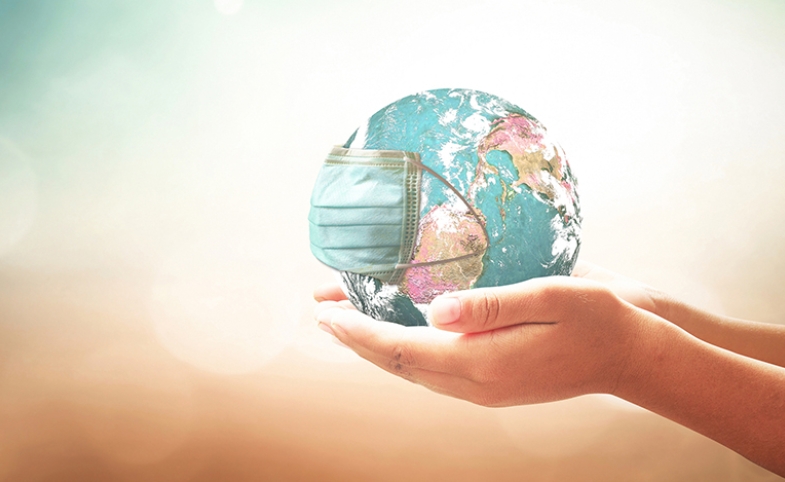 The stakes are high and the world is scared. The outbreak of the novel coronavirus is presenting grave challenges to institutions and individuals worldwide. And it is also fast becoming a test case of a nation’s public diplomacy resolve and capability.

A prevailing mandate of public diplomacy is to deliver clear, consistent explanation of policies and intentions to the wider international community, with the goal of inspiring trust and confidence. This is decidedly more critical in times of crisis than during ordinary times. Trust is a function of risk, and risk perception is heightened in the face of great uncertainty, as in the current public health emergency.

The scope of any crisis encompasses the root cause of the crisis situation and the response to the unfolding calamity. Time and again, the latter gathers more focal power than the nature of the crisis itself. Put simply, poor crisis management makes a crisis worse.

Granted, we invariably confront a deficient information environment surrounding a major crisis, with incomplete information or a pure lack of information. Nowadays the media whirlwind and social media cacophony are certainly adding another layer of complexity to the challenge.

As Vivian S. Walker observes in her compelling case study of the Benghazi crisis, public diplomacy faces a particular challenge in light of competing institutional priorities, diverse audiences and a complex global communication landscape. But the bottom line should be clear: crisis communication demands substance and seriousness; it is not merely a performative act. It calls for transparency, and least of all pretentions or ideological grand-standing for political expediency. As the world is watching, national reputation and credibility is on the line and will suffer real, permanent damage if without courageous crisis leadership.

This pandemic is likely to further expose the fault lines between national and cultural communities, and exacerbate the existing tensions in globalization as manifested in the mobility of goods, information and people. As David Brooks points out in his New York Times column, if history is of any guide, unlike natural disasters such as hurricanes and earthquakes, pandemics generally drive people apart rather than bring them together. Containing a global pandemic requires unprecedented international cooperation, which is elusive at best at the moment. Every nation is fending for itself in combating the spread of the virus.

I am reminded of the preeminent theologian and social critic Reinhold Niebuhr’s thesis of “moral man and immoral society,” which states that as individuals we can be moral with a measure of sympathy and consideration for others, but as human societies and groups we have “less capacity for self-transcendence” and therefore are generally incapable of seeing and understanding the interests of other social groups as vividly as our own. Niebuhr also perceptively observed decades ago, “A technological civilization has created an international community, so interdependent as to require, even if not powerful or astute enough to achieve, ultimate social harmony. While there are halting efforts to create an international mind and conscience, capable of coping with this social situation, modern man has progressed only a little beyond his fathers in extending his ethical attitudes beyond the group to which he is organic and which possesses symbols, vivid enough to excite his social sympathy.” Despite such ultimate limitations of human nature and imagination, Niebuhr still called for efforts to expand social cooperation and to reduce “national selfishness.”

Public diplomacy provides collective linkages between national self-interest and the international common good. Its long-standing practices of engaging with the world through cultural programming and exchanges are a modest avenue for developing our capacity for international understanding and cooperative behavior. It is a reflection of a nation’s enlightened self-interest over “entrenched predatory self-interest.” While the outcome of this pandemic remains unknown, it is already bringing fear and at times anger into our physical as well as our imagined spaces.

There is some silver lining in the current pandemic in the example of how Japan and China have eased deep-rooted antagonism through “mask diplomacy.” South Korea’s robust strategy to tackle the outbreak seems to burnish its national reputation. This is also a time to rethink how we should organize ourselves to combat such a global threat that is distributed in nature and scope.

After we weather the crisis, the world must come together to re-imagine and reshape the mechanisms for addressing such large-scale emergencies, in the same order of the growing efforts in mitigating climate change. Equally and if not more fundamental, we need to explore and promote “the art of living together,” to borrow Niebuhr’s phrase. Public diplomacy in all shapes and forms and at various societal levels provides a connective of human mind and feeling, and is vital to expanding the spaces of our collective empathy.

One of the indicators of a nation’s soft power is the export of its festivals beyond its borders. Festivals that are fun for participants and simultaneously offer a business opportunity find an especially eager audience....

In an earlier post, I speculated that preventing a Zika virus epidemic would rally transnational diaspora organizations. Since then, concern has grown among U.S.- and Canadian-based diasporans, especially those with roots in...