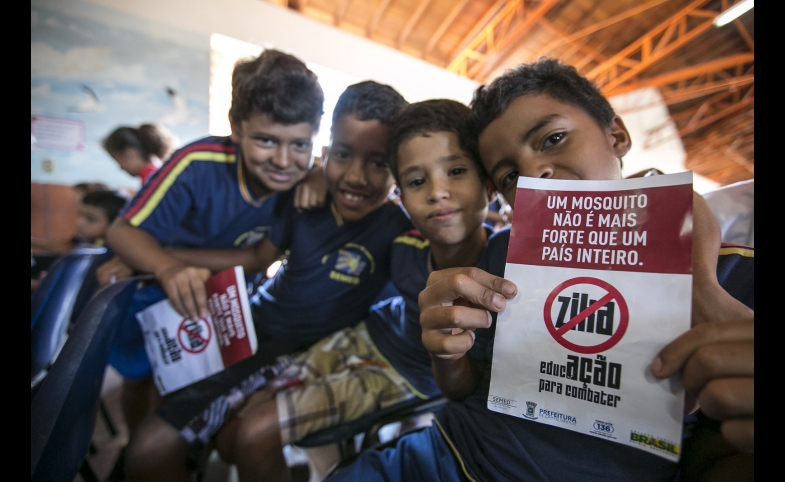 In an earlier post, I speculated that preventing a Zika virus epidemic would rally transnational diaspora organizations. Since then, concern has grown among U.S.- and Canadian-based diasporans, especially those with roots in Brazil, Puerto Rico, the Dominican Republic, Haiti, and other Latin American countries. Caribbean American and global media are featuring stories and public service announcements on the outbreak, but so far, I have observed no major non-governmental diasporan response.

If mortality and infant brain and nervous system conditions due to Zika increase dramatically, expect loud calls from public agencies throughout the Americas for civic and corporate help. Brazil, at the heart of the outbreak and less than a month ahead of the Rio Olympic Games, has ramped up Zika control measures. However, like the World Health Organization, it has been difficult for the Brazilian government to address the outbreak, despite the significantly lower cost than addressing an epidemic. In the U.S., efforts of the Centers for Disease Control are at the highest activation level, although Congressional appropriation of emergency funding has been delayed.

Public-private partnership is a PD space where diverse individuals, groups, and organizations across sectors can get things done if projects are conducted through facilitated collaboration around shared interests and manageable goals.

Meanwhile, the U.S. Department of State will convene a Public-Private Sector Roundtable Discussion on Zika on July 13, 2016, in Washington, D.C. Keynote sessions will be covered by the media. State has invited some nonprofits, research and educational institutions, multilateral organizations, foundations, and advisory and consulting groups, but the main focus is on private sector participation. If interested in learning more about participating in the event, email Partnerships@state.gov by July 11th.

The State Department’s Office of Global Partnerships is doubtless focusing this convening on brainstorming and networking among key corporate, civil society, and international actors with funding and relevant expertise. In addition to these stakeholders are U.S. residents and citizens of Latin American descent working in the private and public health sectors. Puerto Ricans -- as U.S. citizens experiencing a severe Zika problem on top of economic disaster -- come to mind, as does the Puerto Rican American diaspora.

Granted, budgetary politics between the U.S. and Puerto Rico complicate engagement with this diaspora; diplomacy with diasporas can be fraught if their motives are not aligned with the host government’s. However, public diplomacy efforts such as the upcoming public-private sector roundtable are different. Public-private partnership is a PD space where diverse individuals, groups, and organizations across sectors can get things done if projects are conducted through facilitated collaboration around shared interests and manageable goals.

The mutual humanitarian goal of Zika mitigation is suited for public-private partnership including diasporas. Also its comparatively narrow focus dampens the risk of failure, especially given the recent lessons of Ebola, effective mosquito control, and ongoing scientific research for a Zika vaccine. By paying close attention to levels of transparency, trust, and other qualities in the relationships that sustain public-private partnership projects, government conveners, private sector and implementing organizations, along with diaspora organizations, can further reduce risk and increase return on investment.

The spread of the Zika virus is both a dire global concern and a moment of opportunity. Seizing it now, while the number of cases is still relatively low, increases the potential of successful partnering to arrest the outbreak. It is also a moment of opportunity to recognize and include pertinent diaspora organizations, so that they, like businesses and civil society institutions, can contribute to good governance.

At an evening event in New Delhi during President Obama’s January visit to India, he announced the Indian Diaspora Investment Initiative (IDII) to the U.S.-India Business Council and the world: "A new public-private...

I spent the past few weeks in the Dominican Republic with United Students Against Sweatshops (USAS), witnessing workers’ grassroots efforts to further basic human rights in the workplace. Conducting cultural diplomacy,...