Home|App or No App, Public Diplomacy is Still All About Relationships 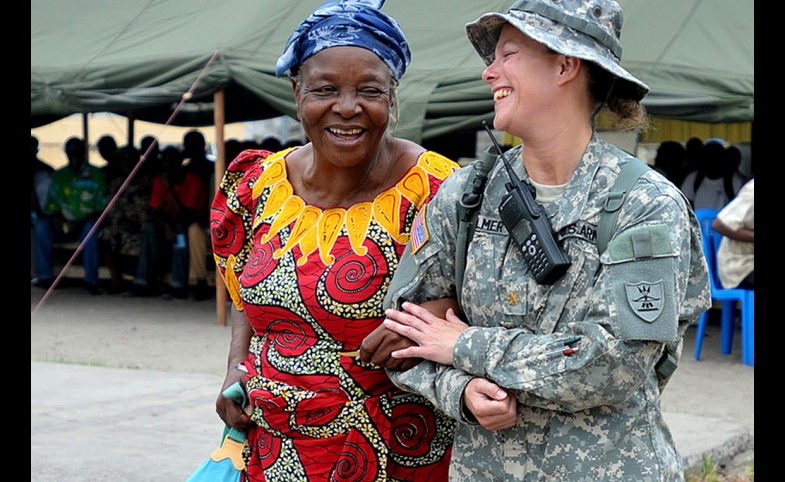 App or No App, Public Diplomacy is Still All About Relationships

The first in a two-part investigation into public-private partnerships in public diplomacy.

U.S.-based diasporans from Africa and elsewhere were among the first responders to the Ebola outbreak and also used public-private partnerships (PPP) to address the crisis. Will the mosquito-borne Zika virus outbreak, which originated in Uganda and has spread to Brazil and beyond, be another challenge to which diasporas respond? It seems likely. My previous blog post, which introduces this research project on PPPs in public diplomacy (PD), describes a partnership contributing to other humanitarian causes.

Diplomats have always engaged with transnational, multi-generational migrants, whether quietly or publicly, to address mutual and divergent interests regarding their countries of heritage and current citizenship. However, building relationships is resource-intensive. Staff limits, diplomatic protocol, and perceived or well-established security issues limit PD efforts to include diasporas in program and policy development around PPPs.

Relational processes are so fluid and multi-dimensional that tech tools are only partially effective for PD.

Diplomats and non-profit implementing partners are selected and trained to be relationship specialists, honing the quality of their listening and interpretive skills to be relevant, credible and persuasive to key global audiences. At the intersection of PD and strategic communication, the practice of “credibility talk” applies to building trust among diasporans through dialogue and programs, and generating local context and validation for policy and actions affecting them and their home and host countries. This analysis of credibility talk helps to explain why the Israeli government was perceived to have lost to Hezbollah in the propaganda debacle during the Summer 2006 war in southern Lebanon, despite Hezbollah having provoked the conflict by crossing the Israeli border, killing three and kidnapping two other troops in the Israel Defense Forces (IDF).

Hezbollah’s relational messaging through broadcast and digital media platforms also helps explain why. Eighteen days after the July 12 border conflict, the IDF bombed the Lebanese village of Qana, "sickening" then-Secretary of State Condeleeza Rice, who was in Jerusalem. By the time a ceasefire was negotiated on August 14, over 100 Israeli civilians and soldiers were lost to thousands of Hezbollah-fired rockets. At least 1,000 Lebanese perished, mostly civilians—including 16 children in Qana—and humanitarian NGOs criticized the IDF for excessive force. About a million Lebanese were displaced. The war endangered hundreds of Lebanese-American visitors and workers, some feeling underserved by the U.S. mission in Beirut as they struggled to exit the country. In the court of global public opinion, Israel fared poorly, and no party won.

In response to the destruction of private and public property across the lower half of the country, the Department of State convened the multi-year Partnership for Lebanon. The PfL’s U.S. corporate partners were identified for their longstanding presence in Lebanon by then-President George W. Bush. One, Occidental Petroleum, was headed by a Lebanese-American known for his advocacy of a prosperous, peaceful Lebanon.

Cisco, another PfL partner, reports achieving a positive socioeconomic impact by restoring communication technology, setting up in-country and U.S.-based training and internship programs, rebuilding homes, and detecting landmines. Still, a research scholar’s evaluation of the partnership noted that sustaining the successful results would be more likely if: a) actions were not too closely associated with donations from large, foreign corporate donors; and b) implementation was done with the assistance of Lebanese NGOs. From a legacy of civil war, weak central government, and relaxed regulatory structure, Lebanon’s non-profit sector provides extensive, dependable, low-cost public services.

The PfL is one illustration of how large and small nations and their civil society and private sectors can sustainably address, and gain credibility for, shared interests in governmental and corporate social responsibility when their partners are mutually respectful and cross-culturally competent. The U.S. government’s relationship with the American University of Beirut is another example—with larger-scale social inclusion and diasporic participation—of long-term engagement through sometimes turbulent bilateral ties.

Yes, there are apps on the market to navigate the processes of credible rhetoric, bridging cultural distance, and relationship-building, given the power that results from persuasion and winning friends and partners. Still, relational processes are so fluid and multi-dimensional that tech tools are only partially effective for PD. They are better complemented by interdisciplinary social science research and practice in evidence-based rhetorical and relationship management strategies, processes and tools for PPPs and PD. For accountability, they should be reinforced by participatory, multi-stakeholder evaluation.

Part II of this blog, set to appear soon, digs deeper into the qualities of PPP stakeholder relationships.