Home|BTS: From K-pop Idols to Diplomats: The Right Formula for Effective Public Diplomacy? 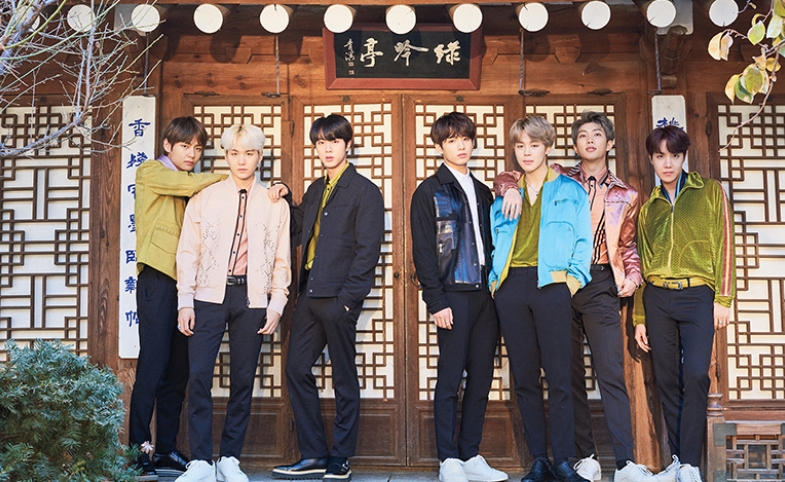 Their presence at the 76th UN General Assembly as a representative of South Korea alongside South Korean President Moon Jae-in signified an unprecedented and strategic move of the country in exercising its attractive cultural capital.

BTS is surely not the first success story of a K-pop idol group to gain worldwide popularity but is an unprecedented one regarding their potential to become a poignant tool for South Korean public diplomacy. Financially speaking, BTS set a record in its gross value that hit $170 million USD in 2019, which exceeded any American band except Metallica, according to Forbes. Moreover, the band can reach millions of fans across the globe through its “devoted fandom with an unrivaled level of organization,” namely its "ARMY." The band’s structured and united fandom creates a network of communication, fostered by social media, where messages are disseminated rapidly.

What significantly differentiates the group from other K-pop idol bands is how these seven young boys dare to go off the beaten track of the notorious "idol manufacturing process" of the Korean music industry. While K-pop idols are often attributed with specific roles to act in a group and their music is pre-determined by their management company, BTS members are free to express their thoughts by choosing their own music and writing their own lyrics.

Unlike other groups, the members of BTS are often actively involved in music production, especially in writing lyrics in which they embed their own voices to address multiple social issues. For instance, the song “Young Forever” sends a comforting message to young people in despair whose dreams meet obstacles, as the chorus repeats, "I have reasons I should love myself." In BTS’ music, relatable messages are featured in most of their hit songs. Their consistency in pursuing this path is what differentiates the group from the notorious fabricated music industry of K-pop.

Making a K-pop idol group a part of the official delegation to a multilateral platform like the UN asserts how K-pop has become a poignant tool in the public diplomacy plan, formally announced in 2017 by Korea's Public Diplomacy Act.

BTS’ authenticity shines through the world of manufactured idols, which helps the group reach a global audience, especially the U.S. market. As Bang Si-hyuk—the mastermind behind the birth of BTS—stated for TIME Magazine:

“Ever since BTS’ debut, they’ve never suddenly switched gears or changed pace. They were consistent. I think that convinced the public. They don’t shy away from speaking about the pain felt by today’s generation. They respect diversity and justice, the rights of youths and marginalized people. I think all of these factors worked in their favor.”

BTS’ approach to both music production and public presentation thus has turned the group into a rare K-pop act brimming with high credibility, making the group an ideal message conveyor for Korea’s public diplomacy.

BTS at the UN as a Strategic Move

The Moon Jae-in administration made a historic move to appoint BTS as “Special Presidential Envoy” to attend the 76th United Nations General Assembly on September 20, 2021, where they performed their latest track, “Permission to Dance“ and gave speeches on the theme of "SDG Moments." This should be considered a game changer in the way that South Korea deploys its soft power resources. First, making a K-pop idol group a part of the official delegation to a multilateral platform like the UN asserts how K-pop has become a poignant tool in the public diplomacy plan, formally announced in 2017 by Korea's Public Diplomacy Act.

Second, the Korean president choosing to present the group via their new political duty at the UN is a shortcut to delivering Korea’s message to other nations. Unlike traditional public diplomacy that builds on bilateral relations, BTS can now exert different levels of influence with multiple stakeholders: intergovernmental organizations, states and foreign publics. This move was calculated, starting with the strong and continuing rapport established between the boyband and the UN bodies back in 2017. Since then, the band’s “LOVE MYSELF” campaign has successfully raised $2.98 million USD globally for UNICEF’s work to end violence against children and young people, highlighted in the heartfelt speech delivered by the group’s leader at the 75th UN General Assembly.

Third, the South Korean government is showing its consistent effort in presenting the country's charm to the world by using a highly reliable icon to spread positive messages globally. The country's recent success story in the battle against COVID-19 has been encapsulated in the TRUST Campaign, launched in 2020 as a public diplomatic tool to promote the principles of transparency, public trust and innovation. The second version of the campaign particularly focuses on the importance of solidarity and cooperation—a message disseminated worldwide via its "Together in Solidarity" element. By performing joyfully alongside several dancers at the UN General Assembly, BTS channeled both positive energy and South Korea's encoded message to the world.

The Right Formula for PD

As BTS emerges from Hallyu (Korean Wave), the band's unprecedented success at both grassroots and intergovernmental levels implies that South Korea might have discovered the right formula to shape the upcoming “waves” for a more effective public diplomacy scheme, reinforcing the prediction that K-pop is not a one-off act.

First, authentic K-pop idols can alter the conventional perception of inauthentically manufactured K-pop industry idols, potentially attracting more foreign audiences to K-pop, as BTS has achieved. Second, K-pop songs with socially meaningful lyrics can become credible messengers for the South Korean government to the global mass public. Engagement can be conveniently created by the extensive network of K-pop fandoms all over the world. Third, popular K-pop idols officially representing the country at multilateral platforms like the UN captures the attention of the public from several nations, which is apparently more effective in raising awareness than can be achieved through bilateral diplomatic relations. Finally, a selected group of K-pop idols might potentially create a new generation of diplomats that can rapidly bring grassroots movements close to high politics.

Therefore, South Korea should demonstrate its intention to exploit its cultural assets as the apparent strategy that a middle power should adopt to gain a higher status in the current world order.